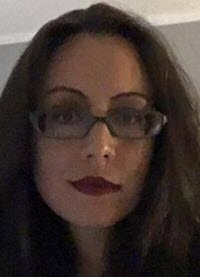 "Mni Wiconi! My relations, it is time to get up and greet the sun. It is time to wake up and protect our mother, to protect the water. The construction workers are already awake!" This wake-up call was the first thing activists heard every morning from August 2016 until February 2017 during the protests against the construction of the Dakota Access Pipeline. Wiconi served as rallying call, a reminder and a prayer for activists staying at the Sacred Stone and Oceti Sakowin protest camps. Activists engaging in direct actions against the construction of the pipeline invoked the phrase as much for identification as for justification. It was one of the many ways that indigenous activists grounded the protests in the Lakota language, seeking to remind both their allies and their opponents of precisely who organized, ran, and sustained the protests. The constant re-centering of protest activities within Lakota traditions served to foreground the indigenous interests at stake in the protests: respect for tribal sovereignty, indigenous religious and cultural practices, and respect for the land. The language of the litigation distorted indigenous demands for justice and indigenous activists sought to combat that distortion through a calling back to key indigenous ideas: mni wiconi--water is life, i ya wakhá agapi othí--the sacred spaces, and mitákuye oyás'i --all my relations. As the litigation progressed--revolving around increasingly technical interpretations of the requirements of the National Historic Preservation Act, the Religious Freedom Restoration Act, and the National Environmental Policy Act--both elected tribal leaders and the indigenous leadership of Sacred Stone and Oceti Sakowin sought to remind non-indigenous protestors at the camps and the wider audience of society that the NoDAPL protests were an indigenous protest as opposed to a purely environmental protest, a distinction that became obscured as litigation progressed.

I argue that while indigenous leadership understood the NoDAPL protests as an expression of indigenous politics, an expression that was distorted by the strategic demands of the litigation, non-indigenous allies and the media at large viewed the protests as an environmental challenge to oil development. Non-indigenous news stories about the protests and litigation often reiterated the legal language of the courts rather than the language used by tribal Elders and indigenous leadership. These retellings obscured the indigenous critique of the ways that humans could and ought to relate to the land. The NoDAPL protests were a multilayered response to more than just the threat to the water supply of the Standing Rock Reservation. The protests were also an explosive expression of the political and legal frustrations of the entire American Indian/Alaska Native community in the face of the erosion of tribal self-determination rights, which had been gained through difficult political struggle following the Termination and Relocation Era. The difference between the language of the Tribes over the course of the litigation and the language of indigenous activists at the protest camps comes from how the law requires that claims be dressed in certain forms to be recognizable as claims. At the protest camps, indigenous activists constructed their demands for justice through the storytelling traditions of the Dakota, but the Tribes had to cut down those demands to the specifics of this pipeline and these cultural sites in the litigation to fit within the established legal discourse. By using environmental law as the primary vehicle to file a complaint against the state, the linguistic and representational bind of law distorted the indigenous demand for justice and obscured its philosophical roots and commitments. To be recognized by the law, one must use the law's language as a character within the larger national story. This requires that one fit inside the legal narrative, the history of jurisprudence, and the juridical decisions about the stories judges find compelling. Finding space within the story that the law tells about federal power has been a challenge for American Indians and Alaska Natives since the Cherokee Cases.

I theorize that because tribal leadership chose environmental law--and enlisted the aid of EarthJustice to draft the case briefs--as the initial legal mechanism through which they sought to block the construction of the pipeline, non-indigenous activists were inclined to primarily view the protests in terms of environmental protection rather than an expression of indigenous resistance. Indigenous activists, however, understood the protests to be primarily about a violation of indigenous rights, thus setting up a conflict of perception and goals that continues to haunt the resistance to the operation of the Dakota Access Pipeline. I argue there is a dialectical relationship between the legal cases and the political protests: the more indigenous activists dressed their resistance in Western legal language and used theories unrelated to the tiny corner of legal accommodation the tribes have carved out for themselves within U.S. federal law, the more they sought to ground their political protests and direct actions within indigenous language and values.

Part I provides a brief background on the NoDAPL litigation and the protest events. Part II analyzes first, the Standing Rock series of cases and indigenous activists' invocation of specific legal mechanisms during the DAPL protests, and second, how the Standing Rock Sioux Tribe and the Cheyenne River Sioux Tribe challenged the construction and operation of the Dakota Access pipeline under the National Historic Preservation Act, the Religious Freedom Restoration Act, and environmental law. Part III analyzes the political protests at the Sacred Stone and Oceti Sakowin protest camps and how indigenous activists engaged with non-indigenous activism.

The NoDAPL protests, the litigation to prevent the completion and later operation of the pipeline, and the social movement that the protests engendered, were an explosive expression of indigenous resistance to systems that silence and ignore them while attempting to extract resources from their lands and communities. As a case study, they demonstrate how the use of litigation, while often being critical to achieving the goals of political protest, can distort the expression of politics not already recognized within the legal discourse. As Cover states: "[t]he transformation of interpretation into legal meaning begins when someone accepts the demands of interpretation and, through the personal act of commitment, affirms the position taken." The Standing Rock Sioux Tribe and the Cheyenne River Sioux Tribe sought to bring forward not just their interpretation of the law, but their interpretation of the world, and have it reflected within the story the law tells about the state. The protests and litigation were an attempt, one with mixed results, to insert indigenous theories of sovereignty, spirituality, and understandings of the land into both U.S. federal law and into the broader social conversation on oil development, protest, and federal power. I argue that the results were mixed because the use of legal mechanism to mount a challenge necessarily constrains the available vocabulary of any political protest, much less an indigenous protest whose language is based in a system of values not reflected within the larger polity.

Indigenous activists at Sacred Stone and Oceti Sakowin sought not only to protect the sacred and protest the violation of indigenous rights, but also to demonstrate how a specifically indigenously-led protest functioned. It was a protest grounded in spiritual practice, memory, and respect for both the physical place they sought to protect and traditions that that place engendered. Non-indigenous activists who came to the camps were informed that they were invited to participate, but never explicitly told what to do or how to behave; rather they were shown through actions and words of indigenous leadership.

Law can change, albeit slowly, through demonstration and invitation to practice. Subsequent indigenous challenges to resource extraction schemes on indigenous lands suggest the hopefulness of indigenous activists during those last days of Oceti Sakowin was not in vain. New litigation against energy development schemes at Chaco Canyon and the Keystone XL pipeline have met with judicial favor, even if that success is fragile. The law continues to struggle to find its place within the traditional legal discourse of indigenous philosophy. The supposed disjointedness that Judge Boasberg noted regarding the Standing Rock Sioux Tribe's arguments on tribal sovereignty, the trust relationship, and consultation was not due to an inability of the Tribe to explain their legal philosophy, but rather legal language's limited ability to contain it.

The evolution of law is a slow process of shifting legal language to accommodate alternative modes of thinking. There is a way forward for the incorporation of indigenous philosophy within U.S. federal law, but it requires converting indigenous ways of understanding the world and how we relate to it, into 'religions' as understood by statutes like the Religious Freedom Restoration Act. As Judge Boasburg noted in his opinion in Standing Rock II, this claim could have been successful had it not been barred by laches. Using RFRA as a frame does a certain degree of violence to the nature of indigenous worldviews. However, that frame still allows for the assertion of indigenous values into U.S. federal law outside the context of federal Indian law. From a legal perspective, the assertion that the land has a spirit that must be respected is no more alien than the assertion that baking a cake is an act of religious expression. Indigenous activists have used less germane legal frames--for example, the framework of government contracting to pursue expanded tribal self-governance--to introduce indigenous theories into U.S. federal law. However, as the Standing Rock case line demonstrates, the use of Western law is an uncertain prospect for indigenous activists, and one that requires them to do violence to their own claims to fit them within existing legal discourses.

The alternative way forward requires a critical assessment and reformulation of legal discourse as a whole. Scholars studying the legal accommodation of minority communities argue that if the law is to have a serious moral component, particularly when it comes to indigenous communities, this critical assessment and reformulation is necessary. I suggest that one alternative way forward is to follow the indigenous theory of law laid out by Vine Deloria, one that sees law as a transformative process of storytelling within which both the storyteller and the listener have vital roles to play. Examining Standing Rock Sioux Tribe vs the Army Corps of Engineers, both how it played out in the courts and how it was retold and reconceptualized at the protest camps, lays out the violence that is done to the language of protest.