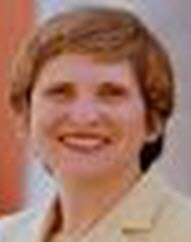 The headlines are frightening, and the facts are even worse. The world is in the throes of a climate change crisis that will have an impact on every aspect of our society. For the last four years, the Trump administration sought to downplay the climate threat. As a result, valuable time has been lost in domestic and global efforts to confront its challenges. The Biden administration has set addressing climate change as one of its top priorities, although early policies are focused on revamping America's energy sources and market operations. Climate change is at long last being characterized as an issue of national security, and President Biden's selection of former Secretary of State John Kerry as his “climate envoy” signals a restored focus on the seriousness of climate change.

Despite former President Trump's rhetoric to the contrary, climate change is real. “Earth's climate is now changing faster than at any point in the history of modern civilization, primarily as a result of human activities.” According to the National Aeronautics and Space Administration, the global temperature has risen 2.0°F since the late nineteenth century. Most of the warming occurred in the past thirty-five years, with the five warmest years on record taking place since 2010. The sea level is rising 3.3 millimeters per year, the ice sheets are melting at a rate of 428 gigatonnes per year, and carbon dioxide has risen to 415 parts per million. The Intergovernmental Panel on Climate Change reports that “[s]cientific evidence for warming of the climate system is unequivocal.”

“The current warming trend is of particular significance because most of it is extremely likely (greater than 95 percent probability) to be the result of human activity since the mid-20th century,” and the likelihood is that the impact of climate change on our environment will not only continue but accelerate. For example, the global sea level rose about eight inches in the last century, but in the last two decades, that rate of increase has nearly doubled. Additionally, climate change is causing more extreme weather events, such as intense storms, droughts, wildfires, heat waves, and more frequent and more intense hurricanes. The rise in temperature alone will mean that the Central Valley of California, where many of California's prisons are located, will have temperatures of at least 100°F during the summer. In recent times, temperatures as high as 116°F have been recorded there.

As temperatures continue to rise, so too will the challenges to the criminal justice system posed by climate change. Climate change can affect everyone in the criminal justice system--from law enforcement to defendants to judges to jurors--and it does not take much imagination to anticipate the additional problems for prison administrations when inmates are housed in sweltering heat or flooded correctional institutions. In other jurisdictions, climate events may directly impact the ability of courts to remain open.

In fact, a range of climate-related changes are already impacting American society. Flooding, intense winter storms, hurricanes, tsunamis, cyclones, and oppressive heat waves are all well documented. But the reports addressing climate change have yet to include discussions of how the changes in our world environment will impact the criminal justice system. Scientists are doing their jobs. Now, it is time for lawyers and legislators to do theirs by conducting a thorough examination of how climate change will affect the criminal justice system and what steps are needed to ameliorate its impacts.

The recent coronavirus pandemic highlighted the need to plan for disasters in advance. As one commentator aptly stated:

To be clear, the coronavirus pandemic is a tragedy--a human nightmare unspooling in overloaded hospitals and unemployment offices .... But this global crisis is also an inflection point for that other global crisis, the slower one with even higher stakes, which remains the backdrop against which modernity now plays out.

If the COVID-19 pandemic has taught us anything, it is that we must be alert to the major challenges we are likely to face in the upcoming decades. Climate change cannot be ignored. Now is the time to prepare. Preparation starts with an awareness that the criminal justice system is about to face its most daunting challenges even while still addressing ongoing concerns of bias, lack of resources, and the public's increased frustration and cynicism. There is no time to lose.

The challenges of climate change cannot be left to the environmentalists. They must be addressed by everyone in the criminal justice system. Alexis de Tocqueville famously wrote of the struggles America would face as a nation. At the time, climate change was nowhere on the radar screen. But de Tocqueville's basic prescription still applies. To attain success, we must rise above ourselves. We must recognize that the criminal justice system involves more than just the day-to-day prosecution of individuals but is part of America's complex ecosystem. We must prevent and address climate change specifically so we can maintain the rule of law.