Enhancing the Integration of Indigenous Knowledge to Address Climate Change 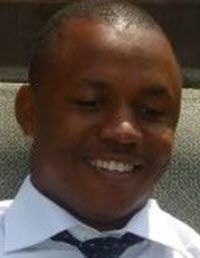 Today there is a clear understanding that the problem of climate change is one of the most significant threats facing the world and that this problem cannot be addressed through the efforts of a single state. To wit, in its preamble, the United Nations Framework Convention on Climate Change (UNFCCC) acknowledges that climate change requires the 'widest cooperation of all countries' in the implementation of effective response strategies. However such cooperation has to be based on the principle of common but differentiated responsibilities (CBDR). The principle of CBDR describes the shared/common obligation of all States to protect the environment but at the sometime taking into consideration the capacity of each State to execute that common obligation. In climate change, the principle essentially recognises that, apart from having resources to address climate change as opposed to developing countries, the largest share of global emission of greenhouse gases originates from developed countries. As such developed countries should take the lead in implementing measures to address the problem of climate change. Developed countries should also assist developing countries to meet their obligation under the UNFC-CC.

For the purposes of climate change mitigation and adaptation concerns, CBDR not only results in differentiated legal obligations between the developed and developing countries, as demonstrated in the UNFC-CC; but it also requires the application of different response measures, as between one country and another. Thus, developed and developing countries need to identify and implement climate change strategies that are within their capacity and appropriate to their environment. This on the other hand may have the potential of increasing innovations in the designing and implementation of climate change strategies.

Studies demonstrate that there is a need to use all available solutions to address the problem of climate change. In particular, scholars agree that despite the importance of contemporary approaches in addressing the problem of climate change, this approach need to be complemented by other knowledge systems, such as indigenous knowledge systems. Indigenous knowledge (which is also referred as traditional knowledge) as used in this study refers to environmental or ecological knowledge of the indigenous and local communities as a specific category or subset of indigenous knowledge that encompasses knowledge as well as cultural beliefs and practices of the indigenous and local communities that are relevant for the management of their environment and natural resources.

In its report of 2007, the Intergovernmental Panel on Climate Change (IPCC) noted that indigenous knowledge forms an important foundation for formulating environmental resource management strategies in response to climate change, including mitigation and adaptation actions. Indigenous knowledge can contribute to the success of these climate change response strategies, in areas such as implementation of Land Use, Land-Use Changes and Forestry (LULUCF) projects; enhancing indigenous and local communities' participation in climate change projects, for example, Reducing Emissions from Deforestation and Forest Degradation (REDD+); implementation of community-based adaptation and implementation of ecosystem-based adaptation.

Indigenous knowledge also increases acceptance of climate change projects by the community; it promotes equity, efficiency and environmental integrity; it enhances communication and understanding of climate change by the indigenous and local communities and it is an appropriate and sophisticated form of knowledge.

In Tanzania each local community has its own traditional knowledge and practices that helps it to manage the environment and the resources found within its territory. Some of these traditional knowledge-based practices can contribute significantly to climate change mitigation and adaptation strategies. For instance the ngitiri system that is practiced among the Sukuma tribe helps members transform degraded land into productive land and to preserve pastures that can be used during dry seasons. By definition ngitiri is:

an indigenous natural resource management system which involves conservation of fallow and rangelands through vegetation regeneration and controlled livestock grazing for use in the dry seasons in response to acute animal feed shortages. ngitiri system involves traditional rotation of grazing and it is an efficient land management tool as it is established in degraded croplands and rangelands. In practice, the ngitiri implies retaining of standing hay until the rainy season ends. The retained area remains closed and is used to feed livestock during dry season. Today aged ngitiris are forests owned by private persons. Other practices such as rain water harvesting, mulching, use of organic manure, agro-foretry, mixed farming, intercropping, no-till farming, agro-pastoralism, intercropping, cultivation of cover crops, terraces, retention of crop residues and crop rotations can also significantly reduce emissions of greenhouse gases as well as enhancing adaptive capacity of the indigenous and local communities.

The powers of local government authorities to make by-laws are derived from the Local Government (Urban Authorities) Act and the Local Government (District Authorities) Act. By-laws that can be made under the powers provided in the above-mentioned Acts include those providing for environmental management and conservation which include climate change mitigation and adaptation. This article therefore, examines the extent to which these environmental management and conservation related by-laws made by the local government authorities can be used to enhance the use of indigenous knowledge systems, in particular, to mitigate and adapt to climate change specifically within their local environments and in Tanzania at large. In doing so, the article also demonstrates the strengths and weaknesses of by-laws in enhancing integration of indigenous knowledge into climate change strategies.

By-laws have a significant role to play in promoting and protecting the use of indigenous knowledge. Because they are specific in terms of their area of application, by-laws have the potential to ensure effective integration of valuable indigenous knowledge into climate change mitigation and adaptation efforts. Traditional knowledge-based initiatives as well as practices that address climate change can easily be implemented through by-laws.

However, to achieve the above goal, the implementation of by-laws needs to include active involvement of members of the indigenous community who are sufficiently knowledgeable about the impact of climate change as well as related mitigation and adaptation measures. Further the organs that are responsible for making these by-laws must also be aware of the issues surrounding climate change and the role of indigenous knowledge have in addressing the problem of climate change.