Examining the Bar Exam: An Empirical Analysis of Racial Bias in the Uniform Bar Examination 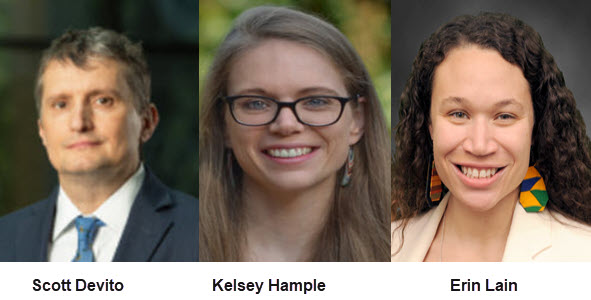 This Article is written with two purposes. First, we seek to sound the alarm that the bar exam is racially and ethnically biased. For many, such an alarm will seem absurd. They will argue that the bar examination is difficult, but it is also fair; passing is a function of ability, work ethic, writing skill, and knowledge of the law--not race or ethnicity. Unfortunately, such a belief is unsupported by the evidence.

Second, we write this Article as a call to action. Philosophers have, for millennia, warned us of the dangers of accepting beliefs without adequately testing them. Yet that is precisely what the legal community has done with regard to the “objectivity” of the bar examination. The profession simply proceeds as if race and ethnicity are irrelevant to the probability that a bar-taker will pass the bar examination, or whitewashes the evidence of disparate outcomes and deems those differences inconsequential. Given empirical evidence to the contrary, we contend that the legal community must demand in-depth analysis of the bar examination's questions, administration, and grading to determine why race and ethnicity appear to impact bar passage rates.

This Article proceeds in multiple stages. Part I provides a short history of the bar exam and its racist roots. Part II then discusses the current, long-standing racial and ethnic imbalance in the legal field and two possible explanations for the profession's ignorance of this imbalance. We then turn, in Part III, to review and analyze previous empirical studies of race/ethnicity and the bar examination. These studies can be divided into three categories: (1) those that cannot reach a conclusion due to insufficient information, (2) those that whitewash their empirical findings of disparate outcomes to ultimately support the conclusion that the bar is neither racially nor ethnically biased, and (3) surveys conducted by government actors showing racially and ethnically disparate results. Part IV then discusses some factors that may cause these disparate outcomes. This Article's original study and results are presented in Part V. In this study, we empirically examine the relationship between a school's bar passage rate and the percentage of its class that is comprised of different racial and ethnic groups (American Indian/Alaska Native, Asian, Black, Hispanic, Native Hawaiian/Pacific Islander, and two or more races), the school's median LSAT, its geographic location, and the school tier. Our study finds a highly significant correlation between the percentage of a law school's student body that is comprised of Black or Hispanic students and the school's bar passage rate, under the UBE, at the time those students are expected to graduate. Finally, Part VI argues that student-level study is required to fully understand the results of this research and to make policy decisions aimed at improving bar outcomes for students from communities of color.

We have begun reaching out to law schools to participate in this study and are also working to find institutional sponsors (like the ABA, LSAC, National Association for Law Placement, Society for American Law Teachers). We are encouraged by the fact that the law school deans we have spoken with have universally agreed that this study is important and needed. Simultaneously, we are discouraged that, despite the recognition of the need for and importance of the study, very few deans have been willing, thus far, to provide the data. We hope that, through continued discussion and negotiation with law school deans, we will be able to acquire sufficient data to continue our work, although this is not guaranteed.

Conducting empirical research on this issue is imperative to narrowing the bar pass gap amongst racial and ethnic groups. And in support of that research and the public interest, we call on states to begin regularly releasing bar passage data by race and ethnicity. This type of scientific exploration into the bar passage disparities is essential to improving access and representation in the legal profession. Without this type of in-depth analysis, the legal profession is consciously ignoring a significant ethical problem that continues to perpetuate inequalities--a problem that the legal system is in place to protect against. The current study, and proposed future study, will aid in our efforts of making the legal profession accessible to all.