How to Include Issues of Race and Racism in the 1-l Torts Course: A Call for Reform

Excerpted From: Jennifer Wriggins, How to Include Issues of Race and Racism in the 1-l Torts Course: a Call for Reform, 23 Rutgers Race & the Law Review 259 (2021) (186 Footnotes) (Full Document) 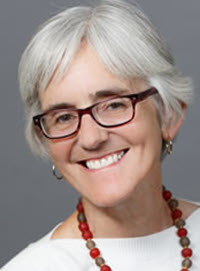 Many first-year law courses and casebooks persist in teaching torts as if it was unconnected to race and racism. Yet race is not extrinsic or irrelevant to torts. Whiteness has been the legal default for torts from the end of slavery to the mid-twentieth century: courts consistently mentioned the race of litigants only if they were seen as not white and decisionmakers in the torts system had to be white during that same period. This curricular silence is not due to a lack of awareness or it should not be. Race and racism have played a significant role in the tort system for a long time as research has long shown and as many published cases demonstrate. My own scholarly efforts in this area began over sixteen years ago and were followed by important interventions in the field. Nor is there a lack of awareness of the role race can play in the legal curriculum generally; increasing numbers of professors are asking how to include issues of race and racism in other courses while also covering necessary doctrinal issues. Yet torts has remained an outlier to a large degree.

The focus of this article is on how professors can incorporate issues of race and racism in first year torts courses. It begins with a survey of the existing teaching materials, finding that most avoid discussions of race and racism, and although they always discuss tort history, they omit the racial history of torts. It argues that the substance of tort law offers excellent opportunities to discuss these critically important matters. It urges professors to confront, rather than avoiding discussions of race and racism and it offers suggestions and resources.

In particular, I recommend that law teachers incorporate issues of race and racism into the first year torts course in two major ways: First law professors should teach a number of pedagogically interesting cases that deal with race and racism in various ways that also illuminate significant doctrinal issues. These cases are less known than cases that are commonly taught, but they are also important and can convey the relevant doctrinal points equally well. Second, law professors should include more background on the torts system as it relates to race and racism. While this may seem daunting for some instructors, ample materials now on offer make it feasible for professors.

I am not advocating a wholesale change of curriculum or pedagogy, but rather an approach that recognizes the importance of race and racism in the torts system rather than ignoring it as past torts courses and casebooks have done. Moreover, the approach I advocate underscores the importance of skills that lawyers must have in any event, such as reading closely and rigorously analyzing specific facts and law. Adding a focus on the racial and racist context of tort law will not detract from but only add to the skills students can develop. In making these points, I do not label my approach at all. The subject matter of tort law, in other words, transcends any method ological or ideological focus; those may be particularized by individual instructor. Yet all torts courses should cover material on race and racism as a matter of routine. It is widely acknowledged that it is harmful and irresponsible to behave as though we “do not see race” and this should apply to the legal curriculum as well.

The first Part surveys the current landscape of 23 torts casebooks from 2016 to 2021 to see whether and to what extent they cover race and racism. Almost all pay scant if any attention to racism. Although publishers regularly put out new editions of casebooks, casebooks generally have not expanded their focus to include race or racism. However, one casebook (only one) has long had a rich focus on race, ethnicity, and inequality. A brand new open source casebook, Torts: A Twenty-First Century Approach, published by CALI, pays extensive attention to race and racism as well as gender, socioeconomic status, disability and sexual orientation. Part Two contains specific suggestions for including race and racism as part of torts courses. I suggest basic background information and cases in major doctrinal areas that also relate to race and torts. Also using the basic observation that liability insurance is essential to tort litigation in that tort lawsuits generally are not brought unless the defendant is insured, I explain how to link the racially unequal distribution of liability insurance to a famous torts case, Garrett v. Dailey. Last, I focus on ways to approach damages in torts generally and as related to race and racism, highlighting the historical devaluation of injuries to African-Americans. Recognition of the ad hoc, arbitrary nature of torts damages and its frequent injustice leads to consideration of possible reforms.

The first year torts course is an ideal place to include more focus on race and racism. As professors now know, these issues matter in torts, not just in criminal law, constitutional law, and race-and-the-law courses. The course is enriched and deepened by including cases and materials that relate to these issues. The subject generally has been presented as carved off from race and racism, as if racial issues were extrinsic to it and relevant only to other courses. Yet race and racism are entwined with and very relevant to torts in many ways, including in ways that shed light on the way the field works as a whole. This article has shown that cases and materials can be included that change and expand the focus of the course while still illuminating doctrinal issues. The time for these changes is now.