Under the Guise of “Due Process”: Sexual Harassment and the Impact of Trump's Title Ix Regulations on Women Students of Color

Excerpted From: Haley C. Carter, Under the Guise of “Due Process”: Sexual Harassment and the Impact of Trump's Title IX Regulations on Women Students of Color, 36 Berkeley Journal of Gender, Law & Justice 180 (2021) (193 Footnotes) (Full Document) 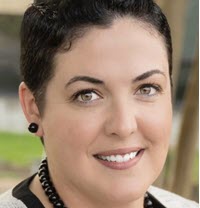 Betsy DeVos, the Trump administration's Secretary of Education, vowed in 2017 to replace the “failed system” of adjudicating campus sexual harassment claims under Title IX of the Education Amendments of 1972 (Title IX). In a speech announcing her proposed changes, DeVos lamented allegedly insufficient rights for the accused and university bias in favor of survivors. She argued that any perceived slight might lead to a full Title IX investigation under the existing system and exclaimed that “if everything is harassment, then nothing is.” DeVos's remarks made the Trump administration's goals for addressing campus sexual harassment claims at institutions of higher learning clear: narrowed investigatory requirements, heightened evidentiary standards, and expanded rights for the accused. Accordingly, under the guise of “due process,” DeVos has spent the past two years crafting the narrative that universities have “reacted [to Title IX requirements] with panicked over-compliance” and are failing their students.

Supporters of DeVos's plans suggest her changes are necessary to mitigate the disproportionate number of school expulsions and scholarship losses for Black male students under the Obama administration's guidance for addressing campus sexual harassment. This professed concern for racial justice may have little foundation in reality as the claim lacks statistical support and relies heavily on evidence that is anecdotal at best. Furthermore, while DeVos advocated for changes to campus sexual assault adjudication, she also quietly oversaw the rescission of Obama-era guidance that specifically targeted school disciplinary bias against male students of color. DeVos has called for a “fair grievance process” on one hand while dismantling protections against racial discrimination on the other. Although a full examination of the contradiction of DeVos's actions is beyond the scope of this Article, the Trump administration's changes to the treatment of sexual harassment claims under Title IX will indeed have racial implications.

The Trump administration's new Title IX regulations will undermine the rights of survivors. Specifically, the changes will likely discourage survivors from reporting sexual violence under Title IX, lead to disparate representation between parties to such claims, and result in higher rates of claim dismissal. These negative consequences will particularly harm women students of color, who experience sexual harassment and sexual assault at higher rates than their White counterparts. Evidence indicates, for instance, that women students of color have historically comprised between 26.2 and 45.2 percent of plaintiffs in college and university sexual assault cases while representing only 19.6 percent of students enrolled in college and university programs. This statistic strongly suggests that women students of color are targeted at higher rates than their White colleagues. Therefore, the Trump administration's regulations concerning sexual assault claims under Title IX will disproportionately affect women students of color.

Part I initiates the discussion with an overview of the historical intersection of race and gender under Title IX. It then narrows the context to women students of color, who report sexual harassment at disproportionately high rates, and sexual harassment in schools. The Part concludes with a brief overview of factors that contribute to the heightened vulnerability of women students of color and the reasons it is vital for any Title IX reforms to account for these considerations.

Parts II and III review the Obama and Trump administrations' different policies on adjudicating sexual harassment claims under Title IX. Part II describes the Obama-era guidance concerning sexual harassment on campus, its recognition of and advocacy for survivors, and its strengths in accounting for the intersection of race and gender. Part III provides insight into the Trump administration's reversal of strides made by the Obama-era Office of Civil Rights (OCR) and discusses its changes in greater detail. Namely, Part III addresses the Trump administration's decision to narrow the operative definition of sexual harassment, raise the standard of notice required to trigger a mandatory institutional investigation, raise the evidentiary standard required to succeed in a Title IX proceeding, and afford colleges and universities substantial discretion in addressing Title IX claims.

Part V closes with recommendations for regulatory reform under Title IX that could mitigate the negative consequences discussed in Part IV and achieve greater justice for all survivors of campus sexual harassment. To better understand these implications and recommendations, it is appropriate first to explore the intersection of race and gender and how it influences women students of color and their experiences pursuing sexual harassment claims under Title IX.

Campus sexual harassment is a highly politicized issue. As Anne McClintock, A. Barton Hepburn Professor of Gender and Sexuality Studies at Princeton University, describes, it has become a “right-wing 'beachhead”’ from which conservatives can “infiltrate academia, push back Obama-era policies, undermine collective civil rights, and impose large-scale federal deregulation.” The Trump administration's Title IX regulations concerning sexual harassment are a clear departure from past policy guidance on the matter and present a particularly dangerous dilemma for women students of color. While claiming that the general goal of the administration's rules is to ensure that the accused receive “due process,” DeVos has essentially conflated campus investigations and adjudicatory procedures with criminal courts of law and made the process much more difficult for survivors to navigate.

The observations and recommendations made throughout this article seek to establish the protection of complainants while maintaining fair proceedings for respondents. This article also seeks to identify solutions for mitigating the unique dilemmas facing women students of color who experience sexual harassment and violence. The recommendations made here, however, are insufficient on their own to support women survivors of color. Other interventions are needed. Perhaps the most critical need is improved research regarding women students of color and their experiences of sexual harassment. The lack of data available on women students of color and their experiences with sexual violence at institutions of higher learning makes it difficult for advocacy organizations, educational institutions, and government officials to shape policies that effectively support survivors.

The lack of demographic and racial information reported regarding campus sexual harassment incidents must be a future area of focus for legal and social scholars alike. Data and metrics around sexual harassment in schools, and particularly the experiences of students of color, can assist policy makers in promulgating future regulations on the matter. The Clery Act, initially passed in 1990, aimed to compel colleges and universities to collect crime reporting data and to disclose those statistics to the public. However, the Act's effectiveness in obtaining and disseminating information about gender-based sexual violence has been limited. Schools face disincentives to report sexual harassment incidents under the Clery Act for fear that their campuses will appear less safe. In order to create a robust set of data upon which to build policy, the Act should be amended to compel schools to disclose additional relevant data, including demographic information of the complainant and respondent, the results of investigations, and any disciplinary actions taken.

Without capturing and disclosing sufficient information about the experiences of students of color, on both the complainant and respondent sides of Title IX adjudications, developing policies and regulations that account for their experiences remains difficult. Educational institutions, survivor advocacy groups, and lawmakers need to continue their work to obtain relevant and sufficient data points on campus sexual harassment. Only then can truly evidence-based best practices be developed--practices that account for diverse student bodies, support survivors of sexual harassment, and facilitate a fair process that protects the rights of all parties.