Racial Indirection: Racially Disproportionate Results and the Use of Race 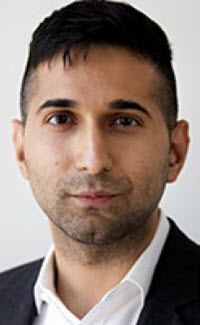 Justice Kennedy's retirement spells the end of affirmative action as we know it. With Brett Kavanaugh on the Supreme Court, conservatives have secured the votes needed to prohibit race-sensitive admissions in public and private universities. With affirmative action's potential demise at hand, this Article demonstrates how racial indirection has allowed--and may continue to allow--efforts to desegregate America's universities.

Racial indirection describes practices that produce racially disproportionate results without the overt use of race. It includes practices that employ racial categories in subtle and partial ways as well as those that rely on ostensibly "neutral" factors and considerations to produce racial impact. Because such practices commonly serve to perpetuate rather than alleviate racial stratification, a significant body of literature analyzes the disproportionate harm that racially covert practices inflict on racial minorities. This Article focuses on a different version of racial indirection: affirmative action policies in higher education that are also racially covert but that inure to the benefit of racial minorities.

The Article's second aim is to employ this framework to trace the rise of indirection in affirmative action. Affirmative action emerged in the 1960s as an attempt to undo the effects of past racial discrimination and move away from racial wrongdoing. Over time, as practices that sought to level the playing field for racial minorities were challenged by White applicants, the form of affirmative action shifted from programs explicitly based on race toward those in which reliance on race is less conspicuous, and the justificatory rhetoric for affirmative action moved away from racial-justice-based reasons toward the more universal rationale of diversity. Where once there were programs based entirely on race, today there are programs in which race is one of several factors or in which race does not explicitly factor.

The Article's final aim is therefore to imagine the future of affirmative action. Harvard College's use of race in admissions faces an investigation by the Department of Justice and a lawsuit from anti-affirmative-action activist Edward Blum. In light of the shift from a Kennedy-centered Court to a Roberts-centered one and the movement of the Students for Fair Admissions v. Harvard litigation through lower courts, Part V reflects on the different paths that could lead to further indirection in affirmative action and the different forms that indirection could and should take.

This Article is the first to examine racial indirection as a systemic phenomenon and the first comprehensive account of racial indirection in affirmative action. Its attention to indirection is especially timely as we mark the fortieth anniversary of Justice Powell's opinion in Regents of the University of California v. Bakke, which first sanctioned the indirect reliance on race in admissions. Far more importantly, it is timely as we face new challenges to affirmative action and further Supreme Court appointments by an administration fueled by resentment and hostility toward racial minorities. This Article revisits affirmative action law at this critical juncture to consider whether racial indirection might have a progressive role to play during this period of racial retrenchment.

The Article has highlighted the potential benefits and drawbacks of indirection in affirmative action. Yet, it has refrained from reaching conclusions about the ultimate value of indirection, precisely because indirection is an approach that manifests across a variety of contexts and varies significantly in the consequences it produces and the concerns it vindicates. Moving forward, several questions demand answers:

1. To what extent can indirection be a force of racial progress rather than retrenchment?

2. How will indirection in affirmative action interact with and impact other bodies of law?

3. Will a conservative Supreme Court distinguish benevolent from invidious forms of indirection, or will it treat them both as suspect? Or worse, will it prohibit indirection that benefits minorities while allowing indirection that harms them?

4. Whatever may be constitutionally allowed, is it wise to pursue and legitimate an approach that commonly serves to entrench racial stratification rather than to alleviate it?

We still have much to learn about the value of racial indirection.