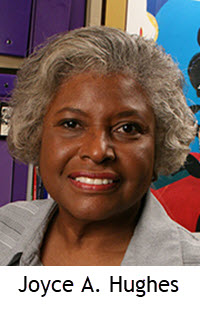 Even among reported cases in all industries and occupations, few involve “reverse discrimination,” and still fewer are judged “meritorious.” If the disposition of claims by the Equal Opportunity Employment Commission (EEOC) in 1994--less than two percent of complaints filed alleged “reverse discrimination” and only 0.2% of these survived review representative, “reverse discrimination” is indeed a myth. Of course, when a White person is discriminated against merely because he/she is White, then redress ought to be available. Often privilege is claimed solely on the basis of Whiteness, however. To the extent that a “reverse discrimination” claim is premised upon the assumption of White superiority/Black inferiority, then such claims should be rejected. But it is important to note what is not a thesis of this Article, either explicit or implicit: it does not contend that actual discrimination against the White majority should ever be condoned.

The concept of “reverse discrimination” in employment is linked to Title VII of the Civil Rights Act of 1964 (“Title VII”) and affirmative action. If, whenever such efforts are undertaken or a Black person is selected for a position, one is met with complaints of “reverse discrimination,” then inclusory efforts could lead to reduction of the minuscule number of Black faculty in higher education. The number of Black faculty in all higher education is minute, but it is even smaller in predominantly White institutions. As of 1991 there were 520,324 full-time instructional faculty in institutions of higher education, of which only 24,516 were Black. Thus, Blacks were 4.7% of full-time higher education instructional faculty. But less than 2.5% of faculty members at predominantly White colleges and universities are Black, and they are spread among approximately 3000 institutions. Of course, not all institutions have even one Black faculty member.

[o]ne frustrating aspect of being [a] black [student] on a predominantly white campus . . . . [T]he chronic inability of many white faculty members and administrators to see black students as individuals rather than as representatives of their racial group . . . fail[s] to give them the kind of academic and professional advice they are due as students.

“Reverse discrimination” claims--actual or threatened--should not be allowed to prevent the hiring and retention of Black faculty in higher education. The term “reverse discrimination” ought to be avoided as it is a value-laden concept which can and has been used to denigrate African Americans.

Part I of this Article discusses Title VII and its relationship to institutions of higher education.

Part II considers development of the “reverse discrimination” concept and

Part III examines cases filed by White faculty. Although White faculty may be the statistical norm in higher education, that fact should not lead one to conclude that any time a Black person is favored over the White “norm” that “reverse discrimination” has occurred.

[R]acism in America is much more complex than either the conscious conspiracy of a power elite or the simple delusion of a few ignorant bigots. It is part of our common historical experience and, therefore, a part of our culture. It arises from the assumptions we have learned to make about the world, ourselves, and others as well as from the patterns of our fundamental social activities.

American culture is so saturated with racial myths that one must make a concerted effort to separate the real from the unreal. Because of those myths, the observations of one author ought to be kept in mind when dealing with “reverse discrimination”: “If racial stereotyping is deeply embedded in American culture, then it is simply implausible that negative assumptions by whites do not influence their judgments of black workers.” Negative assumptions may well play a role in “reverse discrimination” allegations. For example, there is no basis for a racial discrimination claim when White candidate X is selected over White candidate Z. To conclude that candidate Z should have been selected when candidate X is Black suggests, in the language of the rhyme, familiar to African Americans, that “White is all right”--i.e., that a White is always more qualified than a Black. However, when there is a choice of whom to select for a benefit, if the Black candidate who ultimately is selected, is as qualified as the White complainant, he or she should have no basis for complaint. The Cohen court made this point when it noted that the Black person selected for a faculty position was qualified. Decision-makers should neither deliberately nor inadvertently prompt claims of “reverse discrimination” by simply relying upon the color black as a shorthand way of expressing particular attributes or qualifications that a successful Black possesses.

While the Piscataway case does not involve higher education, it is instructive, for it helps to illustrate how racial considerations may affect one's view of qualifications because a White without a graduate degree was thought to be equally qualified as a Black with a graduate degree. In Piscataway, a New Jersey school district had to cut its business staff of ten teachers by one. The two teachers with the least seniority had been hired on the same day, but one was Black and the other White. The school board defended its decision to retain the Black on diversity grounds. The plaintiff claimed “reverse discrimination” because the school board had deemed both teachers equally qualified. The matter was settled before the United States Supreme Court could decide the case. This resolution prompted sobs by Williams, the Black teacher, who disagreed with the conclusion that the teachers were equally qualified as she had a masters degree while the White plaintiff had no graduate degree. “The lower courts were unaware of Williams' claim that her master's degree made her better qualified than Taxman who only had a bachelor's degree.”

In addition to influencing decisions regarding qualifications, color consciousness may also lead to suspicion of any decision where a Black is favored over a White. Moreover, since White faculty are the statistical norm in the Academy, some may come to expect that a White person should always prevail in decisions about higher education faculty. The cases above contradict the notion that “reverse discrimination” allegations will aid White faculty against White institutions of higher education. The deference given to predominantly White academic institutions may also operate to benefit colleges or universities faced with “reverse discrimination” claims. It is critical that these institutions not allow fears of unfounded “reverse discrimination” claims to prevent them from hiring, promoting and granting tenure to Black faculty. The term is “covert[ly] . . . political [and] . . . should be removed from the vocabulary of any serious academician . . . . As it is currently used, it should be identified as an appeal to a particular political ideology or policy preference, rather than accepted as an expression which is neutral in tone . . . .” The odds that one will encounter a Black professor teaching “at the thousands of predominantly white institutions are about 50 to 1.” The politically charged idea of “reverse discrimination” should not be allowed to prevent those odds from being lowered.