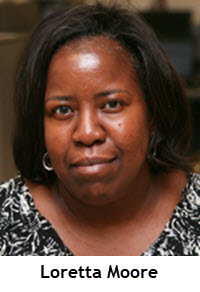 Blackness is routinely considered as being outside the norm of America and more specifically, outside the norm of whiteness. As a result, blackness is feared, despised, scrutinized, and underrated--to use just a few verbs. Some bias against blackness was quite overt in the past. In today's America, overt and state sanctioned bias is regarded as unconstitutional. Still, there may be some disagreement on the extent to which America has shed overt racial bias rooted in past laws and practices. Admittedly, though, America has advanced in its eradication of overt and de jure forms of bias against Blacks and other nonwhites. 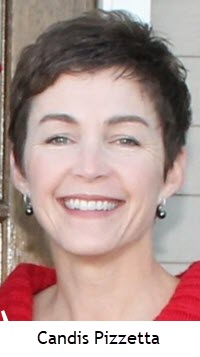 While there may be a consensus on an open disfavor of and distaste for overt racial bias, many Americans still seem to have a perhaps acquired, but a personally unrecognized and unacknowledged, taste for implicit bias. Many with this inclination for implicit bias against Blacks and other nonwhites, including professors, do not even recognize it in themselves or in others. Though unrecognized and unacknowledged, this bias constantly sends messages that blackness is not normal. Therefore, there is a great need for the normalizing of blackness. And implicit racial bias is a barrier to such normalization. Hence, implicit bias must be mitigated for normalization of blackness to occur.

Although this article's thesis may sound counterintuitive, this article argues that to normalize blackness we must first normalize implicit bias, or said more definitively, we must normalize the recognition and acknowledgment of the existence of widespread implicit bias in America. And normalizing the recognition of implicit bias is a precursor to normalizing blackness. In other words, we must first recognize the widespread existence of implicit bias across disciplines, across settings, across communities, and across institutions-- including minority serving institutions of higher learning. As individuals, institutions, and as a society, we must see the multiple ways that implicit bias exists and harms the experiences of others and the experiences we have in relationships with others, as well. 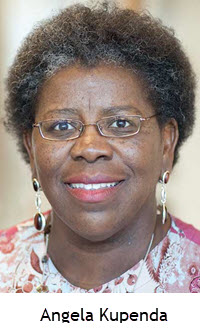 Normalizing the recognition of implicit bias means that we see its presence and effect in our normal day-to-day lives, and in the lives of others. Once we see, believe, and understand how individuals experience daily this implicit bias in their normal day-to-day lives, then we will be on the path to acknowledging the deleterious effect of implicit bias and developing strategies to mitigate--and one day hopefully widely eliminate--this prevalent and unsavory bias. Therefore, we aim here in this article, and the academic work this article is based on, to help others to become aware of and lose their acquired taste for this unsavory implicit bias.

This article is driven by a broad, overarching goal--that we normalize the recognition of implicit bias as a precursor to mitigating implicit bias and normalizing blackness--and this article is particularly incentivized by a concern for a more specific, frequently ignored, and highly non-normalized population that encounters bias in a multiplicity of ways, even in academia. 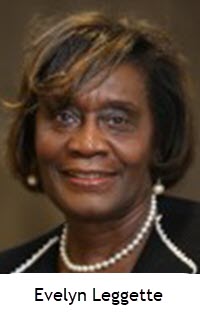 The specific focus is on a quite non-normalized human experience as we report on the recently hosted JSU ADVANCE Implicit Bias Think Tank that held as its specific goal to devise strategies to mitigate implicit bias against Black female faculty in Science, Technology, Engineering, and Mathematics disciplines (STEM) at a Historically Black College and University (HBCU) in the Deep South, and further, to mitigate implicit bias against other groups more broadly and over a long term. In the work of JSU ADVANCE and in this article, we include the Social and Behavioral Science disciplines collectively within the STEM designation. We aim here to tackle both the broad overarching goal of normalizing the recognition of implicit bias and a more targeted goal of focusing on Black female faculty in STEM at HBCUs.

This paper reflects upon the JSU ADVANCE Implicit Bias Think Tank that brought together faculty and administrators from Jackson State University's (JSU) campus, diversity administrators from three other state universities, and external experts in diversity and bias training from across the country. Together we created a synthesis of perspectives of a variety of stakeholders from a host of policy positions to seek ways to identify and alleviate the destructive, yet often silent and unrecognized, effects of implicit bias. As we reflect on the JSU ADVANCE Implicit Bias Think Tank to accomplish our broad goal of normalizing the recognition of implicit bias with our specific focus on the Black women faculty in STEM at an HBCU in the Deep South, this article is divided into three parts.

Part I of this article explains the contextual situating of this goal within higher education. Part I argues that higher education generally is an appropriate location for a think tank to facilitate the normalizing of the recognition of implicit bias to see the existence of implicit bias in its multifarious disciplinary forms. Part I also urges the fittingness of the specific focus on Black women faculty in STEM who live quite non-normalized experiences, as explained above. And lastly, Part I answers why an HBCU in the Deep South becomes the right venue at the right time to normalize the recognition of implicit bias with a goal toward more broadly normalizing blackness by mitigating implicit bias.

Part II of this article offers a look at the JSU ADVANCE Implicit Bias Think Tank, from its structure to its choice of participants to the disciplines represented to highlights of the discussions that were held. A proliferation of Think Tanks, to normalize the recognitions of implicit biases, especially in higher education, hold promise for the eradication of implicit bias widely in our society. And while we see this promise, in order to fulfill it, each one of us must first acknowledge the ways that implicit bias is currently noshed within our structures. We must normalize the process of recognizing and acknowledging the acquired taste that many Americans have for implicit bias. Doing so is a precursor to the normalizing of blackness through the mitigation and elimination of this continuing implicit bias in our country.

Part III will share some initial exploration of specific strategies to mitigate implicit bias that were discovered through the JSU ADVANCE Implicit Bias Think Tank. However, its value extends far beyond the campus of JSU, in Jackson, Mississippi. The Think Tank afforded the opportunity for academic scholars from multiple disciplinary backgrounds to engage in dialogue about the often hidden and subtle role of implicit bias on college campuses, more broadly within the academic enterprise, in multiple disciplines and even within underrepresented and oppressed communities. For JSU, the Think Tank has already spawned a number of visible benefits. The intellectual exchanges that were at the heart of the Think Tank generated a new area of inquiry for engaging and participating scholars at JSU, and they have chosen to use their summer research and curriculum development energies on strategies that will benefit students, faculty, and staff on campus. Engaging in conversations across disciplines is perhaps the best way to ensure that the campus finds solutions that engage best practices in encouraging diversity and mitigating implicit bias. Most of all, the Think Tank challenged faculty to define solutions that they could share with university administrations, thus altering the usual top-down approach to problem solving.

The purpose of this article is to spread these benefits more broadly to mitigate implicit bias that hampers educational and economic progress and the alleviation of inequality. To be discussed in this article, HBCUs, even those in the Deep South, are not immune from the destructive effects of projecting this harmful bias upon others from underrepresented and oppressed groups. It can become even harder for those in the HBCU community to see and to own their own roles in perpetuating this implicit bias, even upon others from their own color or cultural experiences. While the full impact of the Think Tank is still being realized, Part III will discuss some of the preliminary impacts, including preliminary lessons learned.

Despite the racism, sexism, and classism that even academics from underrepresented and oppressed groups encounter daily, we can ourselves do much to further equality. Our HBCUs and other minority serving institutions can indeed serve as a model of multidisciplinary, multidirectional, and brave approaches to achieve equity. The Think Tank, and now this article, are two steps toward the fulfillment of the promise of higher education in America to help America become more of the promise that it promises to all, by bravely ferreting out the hidden, silent implicit bias that we find even within HBCU communities and the academic enterprise more broadly.

While the conference was a single event, like other JSU ADVANCE activities it had an immediate and enduring effect. One immediate result of participation in the Implicit Bias Think Tank was that the JSU ADVANCE program supported, along with the Office of the Chief Diversity Officer and Human Resources, offering all JSU faculty, staff, and administrators on campus access to a workplace implicit bias training module. The completion rate for faculty, staff, and administrators was 96%. In addition, the module was made available at the same time the State of Mississippi mandated training about sexual harassment in the workplace. If JSU can continue to offer this module annually, JSU can expect to increase the awareness of implicit bias on campus, which would serve as an excellent starting point for mitigation.

Another key outcome was the submission of a number of proposals for summer mini grants for summer support related to work on implicit bias. Many of the proposals were for curriculum development intended to educate students on how to recognize bias on campus and in their disciplines. As well, the curricular additions will empower students to actively take part in mitigation efforts.

The Implicit Bias Think Tank was part of the larger efforts of JSU ADVANCE to transform the climate and culture at JSU. The conversations, research, and curricular changes initiated promise to have a lasting impact on the campus community. By both educating the campus community and examining the ways that implicit bias affects faculty and student recruitment, promotion, career advancement, and even faculty-student interactions, JSU faculty and administrators begin to address the issues related to implicit bias in a holistic way, especially as it relates to women of color faculty in STEM on the campus.

Candis Pizzetta, PhD, is Coordinator of the JSU Faculty Development Center and is Associate Professor of English and Modern Foreign Languages at JSU.