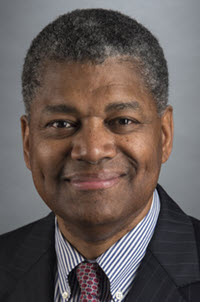 Answering the great questions on the duty to protect students depends largely on how one thinks about the authority of school officials in loco parentis. Liability turns on whether school policies place students at an unreasonable risk--whether the outcomes are reasonable in light of known circumstances. In the litigation and public debate over student safety, many who have never heard the phrase “in loco parentis” have suddenly discovered the need to think about what it means and how it affects the reasonableness assessment.

Since the time of Blackstone, the common wisdom has been that school officials are cloaked in a form of parental authority to their students and that this is particularly true in matters relating to conduct and discipline. The common wisdom is accurate insofar as it marks the general terrain of educators to act as “guardian and tutor of children entrusted to [their] care.” Even so, as in loco parentis moves further away from the Blackstone model, its contours have become imprecise and capricious. Three recent cases illustrate this state of affairs.

Taken together, the scholarship on both sides of the question yields particularly strong proof on why fixing the student protection issue matters. Before the rise of the scholarship, policymakers pondered the issue of unsafe schools in constant awareness of two facts: first, although the muddle over the authority of educators in loco parentis presented many barriers to solving the duty question, it was not a sufficient explanation for the schools' failure to maintain a safe learning environment. Second, policymakers knew only a few interesting facts about school safety but not enough to explain the rise in victimizations or know what to do about it beyond deploying police officers, which many schools endeavored to do through federal funding programs. While creating serious issues for students, the fuzzy way of thinking about in loco parentis has brought to the scholarship analyzing school safety a sizable group of experts--some trained in social anthropology, some in child welfare, others in political science, and more still with backgrounds in civil rights.

One of the central claims of this Article is that the scholarship together with the science on proven models of child protection, discussed below, have been enough to explain the problem of unsafe schools to policymakers and point toward solutions to the school authority issue. The message conveyed by all of the scholars, save one is that in loco parentis is “the wrong construct to define the nature of school power.” The scholars are also loud in their insistence that the failure to settle the student protection question threatens to collapse the notion of in loco parentis into a morass such that “the death or decline of the doctrine would not be expected to cause great grieving among practitioners and parents.”

Even so, as the dissenting scholar foretold, legislators have stepped forward, replacing the fuzzy way of thinking about in loco parentis with a model of obligations that implement the emerging science on student behavior and campus management. Patrick Metze succinctly frames the reasoning of policymakers in his study of cultural biases in school disciplinary outcomes by stating, “[t]hose in the schools that are victimized at the hands of others should not have to experience further trauma by unnecessary and thoughtless continued exposure to their perpetrator.” What is important here is that these reforms influence the reasonableness assessment by the courts of school policies that are unrelated or weakly related to the evidence-based reforms by lawmakers.