Implicit Bias Is Not a Fairytale: From the Classroom to the Courtroom: The Connection Between Racial Bias in Early Education and Its Impact on Stereotypes and Interactions with the Criminal Justice System

Excerpted From: Glen M. Vogel and Robert Costello, Implicit Bias Is Not a Fairytale: From the Classroom to the Courtroom: The Connection Between Racial Bias in Early Education and its Impact on Stereotypes and Interactions with the Criminal Justice System, 20 Seattle Journal for Social Justice 695 (Spring, 2022) (224 Footnotes) (Full Document) 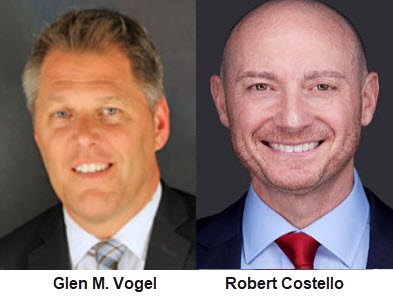 Even though great strides have been achieved in the area of racial equality over the last half century, the reality is that people of color, particularly Black Americans, continue to face discrimination across all facets of life and, in particular, face adverse treatment and outcomes in education and in the criminal justice system. A person of color in the United States is more likely to be stopped by the police, searched and arrested, charged with more serious crimes, convicted, and sentenced to longer prison terms than a white person who is believed to have committed the same offense. This inequality in treatment in the criminal justice system is particularly troubling because the United States incarceration system is the largest in the world, with more than 2.3 million people being imprisoned in the United States as of 2020. Some scholars even suggest that the United States' criminal justice system is intentionally and unfairly racially based while masquerading as one of fairness and justice regardless of race. Even if this assertion is untrue, perception is more important than reality and if “someone perceives something to be true, it is more important than if it is in fact true.” Meaning, the fact that people believe the justice system is systematically biased is reason for concern, whether it is actually true or not.

The problem of disparate treatment of people of color, however, does not begin with the criminal justice system; rather, it starts with early education. Many scholars believe that very young children, some as young as three-, four-, and five-years-old, understand race and witness differential treatment between races as early as elementary and middle school. Despite this finding, many adults deny that awareness of race and racism can even exist in young children, and this denial creates an opportunity for adults to ignore when children are “actively reproducing in their everyday lives the matters and realities of race and racism.” This conceptualization of children as much less capable than adults in thought or action holds sway in many realms of contemporary thought, such as in social research, educational policies, and the legal system. The problem with this approach is that by neglecting how children learn about racial and ethnic concepts--based on the mistaken belief that children simply do not understand--educators and society tragically neglect an opportunity to disrupt or end the nation's continuing issue with racism. But it is not just the children's understanding of race that needs attention. Research has emphasized how racial and ethnic representation affects teachers' expectations and perceptions of students and that these expectations and perceptions directly affect students' educational attainment.

Gaps in educational attainment based on race are well documented and these can often occur because of incorrect beliefs or biased expectations by educators. Overall, teachers are more likely to expect white students to complete college compared to Black or Latino/a students. White students are also less likely to have a teacher of a different race/ethnicity, more likely to have a teacher who majored in the subject they are teaching, and tend to have slightly more experienced teachers who have been at the school longer. Finally, white students are much less likely than Black or Latino/a students to attend a majority non-white school (7% versus 51% for Black students and 54% for Latinx students). This lack of diversity in schools can be problematic because schools are a kind of “theatrical stage” where students experiment with or emulate, sometimes unknowingly, stereotypical roles of race that are presented to them in the media and in school. Students, especially in middle and high school, have frequently acquired their understanding of what it means to be a member of their particular race through how they were treated by their teachers and by portrayals in popular media outlets. They then have adopted and reinforced these roles in their own interactions with their peers. This can be unfortunate because one of the roles of educators is to assist their students in processing the racially stereotyping messages they receive from popular culture, understand how these messages can negatively impact their lives, and decide how to challenge and overcome these harmful portrayals.

While it is evident that discrimination against people of color begins long before they engage with the legal system, it does raise the question of whether there is a nexus between the experience of implicit or intentional bias in early education and the inequality that is later experienced in the criminal justice system. It is plausible to suggest they do have a relationship because it has been shown that, in many instances, racial bias can arise from an unconscious and fundamental level because of embedded knowledge arising from categorizations, schemas, and stock stories that people acquire and develop from a very young age. That means the biases that young children acquire in school are likely, in many instances, to carry over into adulthood. If that connection is true, then addressing bias in the criminal justice system alone is merely a band-aid against racism if, simultaneously, the bias experienced in the education system is not also rectified.

Part I of this article will briefly discuss the term of implicit bias and its societal impact. Part II will examine the racial and ethnic bias that exists in the educational system and will focus on two legal-based mock-trial programs for middle school children, which provides anecdotal and statistical support for the idea that the implicit bias of teachers and parents exists and impacts students. Part III will examine the historical racial disparities that exist in the criminal justice system. Part IV will show how implicit bias and the development of racial awareness that occurs in early education has a direct impact on the future experiences of these students with the criminal justice system. Finally, in Part V, the article will conclude by looking at ways to reduce or mitigate implicit bias and racial stereotyping in schools and how this can have a positive effect on issues of racial identity, adult views of race, and the bias that exists in the criminal justice system.

The Policing Project also focuses on the issues associated with law enforcement's use of technology and ways to reimagine public safety. As they aptly point out, Many people think of a police response when they hear “public safety.” But this conception is too narrow. Public safety means ensuring communities--especially historically marginalized communities--have the resources to address critical social problems, such as access to housing, food security, transportation, and healthcare, in an effective and humane way. It means empowering those communities to participate in shaping what public safety looks like. And it means minimizing whenever possible the harms that often accompany policing-- such as uses of force and arrests. Ultimately, society needs to examine not only how policing occurs in this country but what needs to change in the system to help eradicate the historical and ongoing injustices. In doing so, prevention should be the focus instead of exhausting most efforts on after-the-fact corrections. We as a society cannot continue to rely solely on courts and the police to determine how we are policed as a society; rather, it is incumbent upon all of us to make sure that the protections of the Constitution are being applied without regard to race, nationality, or other protected categories. Ultimately, society needs to pull back the curtain and acknowledge that these biases exist, that they have devastating and life-long repercussions, and that their continued existence undermines the promise of equality guaranteed in the Constitution. In the immortal words of Frederick Douglass, the “Constitution knows no man by the color of his skin” and therefore we should not allow race to be the measure of anyone's constitutional rights.

Glen M. Vogel is an Associate Professor of Legal Studies at the Frank G. Zarb School of Business at Hofstra University and an Adjunct Instructor at St. John's University, School of Law.