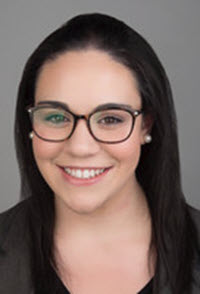 On March 15, 2020, Anthony Cheek--an incarcerated man having served eighteen years of his twenty-year sentence--suddenly passed out while in the gym. Cheek called his mother only five days prior complaining of flu-like symptoms, but the forty-nine-year-old assured his mother he was on the mend. That was the last time Cheek's mother ever heard from her son, as Cheek soon became the first incarcerated person to die during the COVID-19 pandemic (“COVID-19”). At the time of Cheek's death, incarcerated persons at Lee State Prison in Georgia were regularly denied medical treatment for COVID-like symptoms, confined in cells with six other individuals, given “tiny” cups of anti-bacterial soap sporadically, and were only required to wear masks discretionarily.

These types of conditions were not abnormal for detention facilities during COVID-19; thus, given the rapid deterioration of prison conditions the pandemic, the 2.12 million incarcerated persons in the United States were routinely subjected to inadequate protection from illness and death during the height of the virus. One incarcerated person writes,

[t]o say that I am concerned about my health is an understatement. I feel trapped and helpless in this prison. No matter what I do to protect myself. I am at the mercy of others and can only hope they wear their masks and socially distance. Some [incarcerated persons] follow the rules. Some do not. Some don't care because they are never going home. But I am.

In order to address alleged inhumane medical conditions while confined, incarcerated persons must raise an Eighth Amendment cruel and unusual punishment claim, arguing that prison officials were “deliberately indifferent” to their serious medical needs. To make this determination, courts will apply a two-pronged deliberate indifference test, requiring an objective and subjective assessment of the prison officials' conduct. This two-pronged test, however, has created an inconsistent and arbitrary deliberate indifference standard, effectuating a near impossible burden for incarcerated persons to overcome. As a result of the inconsistent application of this standard throughout federal courts, incarcerated persons are yet again presented with an additional barrier. Through review of historical and modern Eighth Amendment jurisprudence, this Note seeks to assess the federal courts' approach to the deliberate indifference standard when evaluating prison conditions--particularly during unprecedented public health emergencies. After a review of current practices, this Note will propose a new standard for the deliberate indifference test, one that abolishes its subjective element and instead requires an exclusively objective analysis.

The Eighth Amendment to the United States Constitution provides, “[e]xcessive bail shall not be required, nor excessive fines imposed, nor cruel and unusual punishments inflicted.” Generally, the Eighth Amendment seeks to prevent government officials from issuing punishments that are “barbaric” or severely disproportionate to the crime committed. Despite this general assessment of the Amendment, the Supreme Court has often referenced the difficulty in properly defining its scope, with Justice Burger noting, “of all our fundamental guarantees, the ban on 'cruel and unusual punishments' is one of the most difficult to translate into judicially manageable terms.” As such, the historical origins and development are particularly acute in defining the Amendment's scope today.

In sum, COVID-19 has presented the Court with a unique opportunity to address the inhumane medical conditions and blatant mistreatment of incarcerated persons during public health emergencies--a recognizable violation of the Eight Amendment. Broadly, the Supreme Court's failure to respond to the disproportionate effects of COVID-19 on incarcerated persons ignores the Supreme Court's Eighth Amendment commitment to evolving standards of decency test. Further, the inundation of COVID-19 prison condition litigation within federal courts is indicative of the woefully inadequate confinement conditions. Finally, the series of circuit splits regarding the test for deliberate indifference also serves as evidence that the standard itself is unclear, and the test is likely applied both inconsistently and arbitrarily among courts. Abolishing the subjective approach and adhering to an exclusively objective analysis for deliberate indifference would allow the Supreme Court not only to resolve an unclear and inadequate test, but it would also usher in a new era of human rights protection under the Eighth Amendment.