Asian/American/Alien: Birth Tourism, the Racialization of Asians, and the Identity of the American Citizen 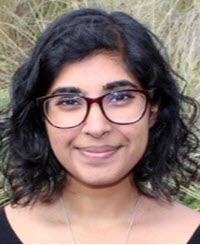 On March 3, 2015, federal agents raided thirty-seven locations in Southern California as part of an investigation into the practice of “birth tourism,” also known as “maternity tourism.” Investigators focused on three multimillion-dollar businesses that catered to wealthy, pregnant Chinese women hoping to give birth to their babies on American soil. The investigation unraveled when two Homeland Security Agents posed as foreign nationals seeking entry into the United States for the sole purpose of giving birth within the country. The agents documented conversations with these businesses and reported that these agencies advised women to sign up for tour packages to popular tourist destinations and to “fabricate [. . .] employment history to convince immigration officials that [they] would not overstay [their visas].” These agencies also reportedly instructed pregnant foreign nationals on how to dress so as to avoid suspicion from immigration officials, and advised these pregnant women to travel twenty-four to thirty weeks into their pregnancy. This investigation is the largest crackdown on birth tourism businesses; some of which have purportedly served up to 8,000 foreign women since 1999.

Immigration has long been a hot topic in American media, and has recently been at the forefront of the political playing field. In late 2014, President Barack Obama described his plans to provide work permits to certain groups of undocumented immigrants. Such efforts would help alleviate the fear of deportation, and may help combat the implementation of harsh anti-immigration policies. Despite statistics that reflect a rising Asian immigrant population, conversations regarding immigration reform mainly focus on Latino immigrants and seem to ignore Asian immigrants and Asian American communities. However, the United States cannot leave Asians and Asian-Americans out of the immigration discussion. As birth tourism businesses make headlines, it is valuable to consider how responses to birth tourism shape Americans' understanding of citizenship and national identity. Through a conversation on birth tourism, we can begin to uncover what it means to be an American citizen.

This article discusses the impact of birth tourism on the larger conversation pertaining to Asian immigrants and citizenship rights.

Part I provides a general background of the birth tourism industry and touches upon the issues and fears it raises.

Part III examines the racialized identity of Asians in America by considering the conversations on birth tourism and its relationship to the Asian-American identity.

Finally, this paper briefly addresses the potential repercussions of birth tourism that may occur in the future.

As federal investigators continue to crack down on birth tourism businesses, the topic of birthright citizenship and citizenship loopholes will continue to be discussed in the news. Whether the discussion will focus on the growth of Asian Americans is questionable. While the Birthright Citizenship Act is a drastic and somewhat unreasonable approach to immigration reform, American society will have to have a conversation about what it means to be an American citizen.

There are thousands of American citizens living abroad with their foreign national parents; many are young, but in time they may come back to the United States as adults. American society will have to consider the way in which these transnational citizens impact the concept of American citizenship. We will have to ask ourselves what it means to have a class of citizens who obtained citizenship for the sole purpose of accessing our country's beneficial systems, and who have no real ties to the United States aside from a birth certificate.

Furthermore, nations will have to adapt to the changing face of global citizenship. As the rate of immigrants increases, countries around the world may have to reconsider their citizenship policies. Ultimately, the impact of birth tourism will truly be felt when those U.S. born children who live abroad grow up and decide to come back to what is legally their home.

Mehera Nori is a 2016 J.D. Candidate at UC Hastings, College of the Law.