Excerpted From: Sheri Lynn Johnson, The Influence of Latino Ethnicity on the Imposition of the Death Penalty, 16 Annual Review of Law and Social Science 421 (2020) (Reference List) (Full Document) 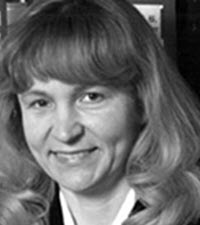 “[I]f any basis can be discerned for the selection of these few to be sentenced to die, it is the constitutionally impermissible basis of race.” So wrote Justice Stewart, concurring in Furman v. Georgia (1972) almost half a century ago. His comment reflected both the empirical evidence of the day and the National Association for the Advancement of Colored People's extended campaign to make the court face that evidence. Furman overturned standardless capital punishment, but Gregg v. Georgia (1976) upheld so-called guided discretion statutes, statutes that would, the Gregg majority assumed, eliminate the constitutionally problematic race discrimination that helped doom the pre-Furman capital sentencing regimes. Guided discretion, however, did not eliminate interest in racial disparities. Since Gregg, a host of studies, with widely ranging methodologies, have challenged Gregg's assumption that discrimination could be eliminated by narrowing the range of capital crimes. Indeed, by 1990, the number of studies was large enough to inspire a US Government Accountability Office (GAO) review of the literature, one that concluded that the evidence of significant race-of-victim disparities (disparities in the likelihood that death will be imposed based upon the race of the victim) was strong and evidence of significant race-of-defendant disparities (disparities in the likelihood that death will be imposed based on the race of the defendant) was mixed (US Gov. Account. Off. 1990). A more recent review of 36 post-1990 studies reached similar conclusions.

Experimental studies may be better tools for exploring intersectionality than are archival studies and are also needed to understand the mechanism by which biased outcomes are produced. For example, are white jurors or prosecutors less receptive to mitigation evidence (or some particular kinds of mitigation evidence, such as mental illness, brain damage, or drug addiction) when the defendant is Latino? Are they less willing to credit--or less able to detect-- evidence of remorse in Latino defendants? Are they less receptive to prior good act evidence, and does receptivity depend on the ethnicity of the witness attesting to the prior good acts? Are white jurors or prosecutors more likely to find a murder committed by a Latino defendant to be especially heinous or more likely to predict a Latino defendant will be dangerous in the future? Do Latino (or African American or Asian American) jurors and prosecutors exhibit the same biases? Are these biased responses due to conscious stereotypes? To implicit associations? To animosity? To lack of empathy?

Answers to these questions should provoke questions related to reduction of bias and amelioration or remedy of its effects. Are there measures that reduce bias in either prosecutorial decisions to seek death or jury decisions to impose it? Are these measures ones that district attorneys' offices would adopt or that courts would impose? The questions of how to diminish bias and how to cabin its effects bedevil much of the social science literature on prejudice and discrimination, and in no context has it produced easy answers (Devine et al. 2012). Nonetheless, at least where death is at stake, it is imperative to investigate the questions, and I hope that some readers of this review will endeavor to do so.