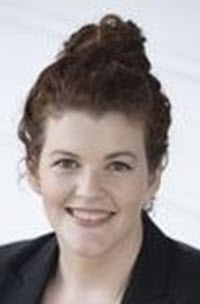 There is little debate that students deprived of the ability to access education suffer irreparable harm. Almost seventy years ago, in Brown v. Board of Education, the United States Supreme Court observed that, “it is doubtful that any child may reasonably be expected to succeed in life if [he] is denied the opportunity of an education.” The necessity of education becomes even more acute when examined in the context of juvenile corrections, or what is commonly referred to as the “juvenile justice system.” When juveniles, or incarcerated youth under the age of eighteen, have access to educational opportunities, their chances of recidivism drop dramatically. This decrease also extends to their chances of adult incarceration. Education is one of the most powerful rehabilitation tools available to the juvenile justice system. Yet, for youth in need of special education services, obtaining access to education while incarcerated can prove extremely challenging.

Children with learning, developmental, and behavioral disabilities are at an increased risk for both educational failure and incarceration, as “they are more likely than their non-disabled peers to experience school failure and subsequent poor adult outcomes.” Education access and delinquency are intimately related. An alarming 2013 case study showed that 75% of students with disabilities who “dropped out” of school were arrested within five years of exiting the educational system. More recent studies show that even if a student is enrolled in school when they enter the juvenile system, two out of three students will drop out of school after exiting the system.

Within the juvenile justice system, children who require special education services are significantly overrepresented. At least one in three youth in the juvenile justice system has a disability qualifying them for special education services under the Individuals with Disabilities Education Act (hereinafter “IDEA”), nearly four times the rate of youth in public schools.” One potential cause for this overrepresentation arises out of the link between disruptive behavior and subsequent disciplinary actions, including arrests. Arrests are commonly associated with lower school achievement scores and disability, especially for youth with specific learning disabilities and emotional disturbances.

Courts have made it clear that IDEA's protections apply to minors in detention facilities. At the onset, these protections include a requirement to identify potential children with disabilities. Courts have also explained that juvenile justice facilities need to provide a “free appropriate public education” or “FAPE” as required under IDEA. Despite this, incarcerated youth with disabilities are regularly subjected to disciplinary proceedings and actions that impede their ability to access their “free appropriate public education,” in violation of the protections guaranteed by IDEA.

These violations continue, despite both case law and statutory language supporting the contrary. One of the major challenges for students who are incarcerated arises out of their inability to access educational services due to disciplinary actions that result in them being placed in isolation and/or excluded from the classroom setting. For example, a student may be penalized for a behavioral issue that takes place at dinner. As discipline, they are placed in administrative segregation, or solitary confinement. If the next day they are still in administrative segregation or isolation, they are unable to attend the educational option at the facility. However, IDEA protections would not apply as the disciplinary issue did not take place in the educational setting.

Theoretically, this may make sense. IDEA protections do not apply to parents who discipline their child at home, outside of the educational context. However, when facilities are responsible both for the physical care and custody and education of incarcerated minor students, this becomes problematic. Even discipline that may not occur in the traditional “school” setting can still limit or deny a student their educational access. How can a student in isolation possibly get the special education services they need, and are guaranteed, under IDEA?

The COVID-19 pandemic has further exacerbated the difficulty that arises when juvenile correctional facilities are responsible for acting both as a residence and school. Due to COVID-19 students were not meeting in physical classrooms. With this absence of students from the traditional classroom setting, both the “where” and “when” of educational hours is often in flux. However, even pre-COVID, teacher shortages within juvenile correctional facilities blurred the lines of when and where education truly took place. Simply put, in many cases it is hard to tell where educational hours begin and end in the case of residential correctional placement.

The nebulous confines of when and where a student is in “school” vs. in “residence” is especially troublesome as it pertains to discipline protections under IDEA. One of the guarantees of IDEA discipline protection is a “manifestation determination review” or “MDR”. MDR's are designed to protect children from being disciplined for behavior that is caused by their disability. The MDR process asserts that if a student's behavior is a manifestation of their disability, that student cannot be subjected to disciplinary removal from the classroom. The rationale behind the MDR process is sound; punishing a child for behavior resulting from their disability is essentially punishing them for being disabled. Yet many incarcerated children are routinely denied this protection guaranteed to them under IDEA. In carceral settings, where youths may not be given access to the traditional classroom setting on a day to day basis, IDEA protections must apply when behavioral discipline arising from a child's disability results in their inability to access their education. Without IDEA disciplinary protections, incarcerated children with disabilities are routinely disciplined through exclusion and isolation, which ultimately denies them total or partial educational access.

This article argues that the disciplinary protections of IDEA must apply broadly any time a juvenile correctional facility impedes a child's ability to access the free appropriate public education (FAPE) guaranteed to all children under IDEA. Part I will provide relevant background information including information on children with disabilities and existing disability protections. Part II will examine the existing relationship between IDEA protections and juvenile correctional facilities. Finally, Part III will propose why applying IDEA broadly to discipline is the best practice in the juvenile corrections system and also will address potential counterarguments.

Why then, do institutions continue this type of behavior? One potential reason for this is that our current juvenile justice system focuses on retribution instead of rehabilitation. When we continue to punish children for behavioral concerns that frequently serve as a manifestation of their disability, while simultaneously denying them access to educational opportunity, we create a juvenile system that fails all of the parties involved.

Jillian Morrison earned her J.D. in 2021 from Loyola University New Orleans College of Law, with a certificate in Social Justice and International Law, as well as the Spirit of Ignatius award.