Law, Literature, and Contract: An Essay in Realism 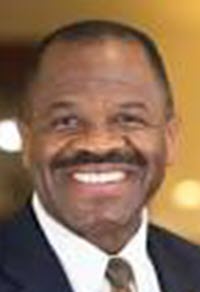 At first glance, the tenets of contract and literature appear antithetical. Contract law has a seemingly objective, dispassionate quality. On the other hand, literature embodies the essence of human emotion and spirit. From initial appearances, no two genres could be more disparate. The union of the two within one analytical exercise seems more like an exercise in contradiction than informed legal analysis.

Yet, like most seeming paradoxes in law, finding a correlation between literature and contract presents an intriguing challenge--one that tests the efficacious function of contract rules within the more humanistic context created by prose. The results of this intersection can be both revealing and fascinating.

Indeed, this exercise places the application of contract rules within the realistic context of human interaction. Further, as explained in more detail below, the evaluative constructs of literature expose the limited functionality of contract doctrine as it applies to issues of race and gender.

This Essay examines the weakness of the rules of contractual formation as they apply to bargaining circumstances that implicate issues such as race and gender inequality. This exercise will not concern itself solely with the failure of these rules, for such a critique alone would not reconcile rigid contractual dogma with issues of disparity. However, the detailed scrutiny of contract rules within the world of prose provides an opportunity to test the effectiveness of those rules and highlights the need for their more flexible application to variant transactional circumstances.

Part I of the Essay will delineate contract law's seeming disassociation with issues such as gender and race. The genesis of this illusion remains situated in the traditional, albeit classical, notion of contract theory. However, the portrayal of cases and circumstances that implicate race and gender will dispute classical contract theory's illusory posture of objectivity.

To demonstrate further the lack of complete objectivity in bargaining transactions, Part II will describe the evaluative mechanism afforded by the law and literature movement. The general analytical framework afforded by this movement reveals the problems associated with applying rigid contract rules to bargaining situations that implicate issues of race and gender disparity. Literature serves to illustrate the operation of disparity in the formation of bargains. My aim here will be to contrast the reality of disparity's operation with contract dogma's egalitarian approach to such problems. To this end, a telling scene from the screenplay for the motion picture Places in the Heart will provide probative illustration.

Part II will further explore the reality of disparity within the bargaining relationship. With the portrayal of the operation of disparity within bargaining contexts established, this section provides a more probative explanation of bias and prejudice. A brief explanation of social cognition will provide some proof of the reality of bias and prejudice within the bargaining context.

This portion of the Essay will also provide an operational framework to remedy the biased conduct that creates disparity issues within bargaining contexts. A portion of John Grisham's book and the motion picture A Time to Kill illustrate that biased behavior must be preempted or, at the very least, confronted to remedy its effects.

Part III of the Essay will also distill the lessons learned from the intersection of literature and contract theory. Humanism and realism, so prevalent in literature, become key determinants. They force the reevaluation of contract rules in light of their effectiveness and application.

My ultimate thesis here remains grounded in reality rather than illusion. Contract rules, which are more formalistic in nature, should be applied with a degree of realism to correct deficiencies relevant to disparity in bargaining contexts. The goal is not to demolish contract rules, but to enhance their efficacy and remedial potential.

It is life that shakes and rocks us; it is literature which stabilizes and confirms.

Literature sheds light on the weaknesses of contract doctrine and simultaneously exposes a solution. Decision-makers cannot simply rely on the sterility and formalism of classical contract theory in the evaluation of bargains. They must appreciate the full dynamic of the interpersonal exchange which often impacts bargaining conduct. racial and gender stereotyping and other biases are often an intrinsic part of this reality. The analytical features of the law and literature movement serve to reveal that dynamic and weaken the false security inherent in rigid contractual rules.

Recognition of human dynamics through law and literature does not operate as a deconstructive force that reduces the relevance of contract rules. Instead, the analysis afforded by this powerful movement reveals contextual factors such as perception that, if addressed by the decision-maker, make contract rules more functional in the real world. Realism in the evaluation of bargains reflects fidelity to the human dynamic in contracting and thereby forms the foundational element for bargaining fairness and equity.