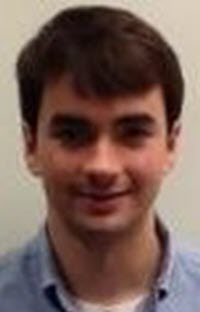 Religious accommodations can be a highly controversial subject in today's society. Whether these accommodations take the form of the government allowing sacramental use of an otherwise illegal drug to certain religious adherents, or exempting corporations on religious grounds from the contraceptive mandate in the Affordable Care Act, there is no shortage of people with opinions on the matter. One area that is particularly ripe for debate is religious accommodations in national parks, given the government's recent activity in managing national parks. Accommodations are defined as “government laws or policies that have the purpose and effect of removing a burden on, or facilitating the exercise of, a person's or an institution's religion.” In religious contexts, accommodations protect certain religious exercises by “declaring that otherwise valid regulations should not be applied in ways that significantly interfere with the religious freedom of organizations or individuals.” These laws and policies that provide special treatment to certain religious practices often raise constitutional issues due to the Establishment Clause of the First Amendment of the United States Constitution, which prohibits the federal government from establishing a religion.

As will be discussed in this article, certain religious accommodations should be provided to Native Americans in national parks, including waiver of the park's entrance fee, access to otherwise restricted sites in the park that hold religious significance, and allowing Native Americans to access the park when it is closed. This article will examine these accommodations under the test that the Supreme Court of the United States laid out in Cutter v. Wilkinson for determining the constitutionality of statutory accommodations. These accommodations will then be assessed as to how they affect third parties. Finally, the denominational neutrality requirement of Cutter's third prong will be considered.

Consistent with the standard set forth in Cutter, this article examined the Native American religious accommodations using the three-pronged approach. Under the first prong, the harms suffered by Native Americans absent accommodations include reduced privacy when conducting religious ritual, paying a fee to access religiously significant sites, and restricted access to religiously significant sites. With respect to the second prong, third parties may suffer from paying higher entrance fees if the accommodations were granted. When the burdens of the first two prongs are weighed against each other, it is clear the Native Americans' burdens outweigh the thirdparty burdens. Regarding the third prong, there is a clear path to passing Cutter's denominational neutrality requirement: the accommodation must be written so as not to single out Native American religions, but to include any religious group with spiritual ties to the national park. Should any law providing such accommodations be written in a denominationally neutral manner, it will likely pass constitutional muster.