Gender Bias as the Norm in the Legal Profession: It's Still a [White] Man's Game 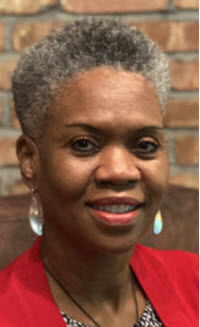 This volume, born in the spirit of commemoration, celebrates 150 years of women at Washington University School of Law. I am honored to be a part of an institution that has facilitated the entry of women into the legal profession since 1869. That year, not one but two women--Phoebe Couzins and Lemma Barkeloo--were admitted to Washington University School of Law. Barkeloo took and passed the bar exam in February of her first year of law school, becoming Missouri's first and the country's second woman licensed to practice law. Couzins would go on to graduate from the law school in 1871, making her not only the first female graduate of Washington University School of Law but also one of the first female graduates of any U.S. law school. Cassandra Flipper, believed to be the first African American female to attend the law school, did not enter for almost another hundred years: Flipper matriculated in 1963 and graduated in 1966.

When Couzins and Barkeloo started, there were no female faculty members at Washington University School of Law. Our first female faculty on tenure track, Jean Ashman, joined the faculty in the early 1950s. She would be the faculty's only tenured/tenure-track female for thirty years. In 1981, Susan Appleton, the Lemma Barkeloo & Phoebe Couzins Professor of Law at the law school today, was the next female to receive tenure at the law school. I became the first Black female tenure-track faculty member in 1990; I was tenured in 1996.

At one time, Washington University was a front-runner, but many law schools throughout the country have been on a similar trajectory in recent years. Women are now consistently around fifty percent of the entering classes at law schools around the country. In fact, the number of female law students nationwide surpassed male law students in 2017. Women now represent thirty percent of tenure-track positions on law school faculties and are thirty-five percent of law school deans. More generally, women make well over a third of all lawyers in the United States. Bottom line: more women are going to law school, and becoming lawyers and law professors.

This is surely cause for celebration. Nevertheless, even as we enter the profession in greater numbers, we still have challenges to overcome, or to use one of my favorite quotes, we have “miles to go before [we] sleep.” Despite the steady gains over the years, women still face tremendous impediments as we attempt to climb hierarchical ladders in the legal profession.

This essay addresses two intersecting areas of major concern: gender bias and racially gendered bias in the legal profession, both of which are very real and pervasive. As this essay highlights, there is much work to do on the gender equality and equity scales for women in all aspects of the legal academy and legal profession. So, as we commemorate laudable milestones such as 150 years of women at Washington University School of Law, let us to be mindful of the work yet to do. We cannot rest. We have many miles to go before we sleep. Below are a just a few highlights of the issues.

Lawyers have some of the greatest thinking minds on the planet. Yet, we have failed miserably in addressing and correcting the bias in the legal profession. Commissions, reports, and studies are abundant. Yet, we have not successfully eroded problems we know exist. How much longer can our profession be satisfied with well-developed websites, hollow statements in support of diversity, and checking boxes that we have completed our yearly CLE hours?

Women have made notable gains in the legal field. The trajectory is on the way up, not down, and that is a good thing. But although we are in the building, we haven't fully arrived. Female lawyers are sometimes asked if they are really lawyers, or they are asked to deliver coffee or carry exhibits. Female lawyers have a seat at the table but are not uncommonly ignored. Female partners face a fifty-three percent pay gap vis-à-vis their male counterparts. Some are scared to file lawsuits against their law firm employers because they believe such a move will sound the death bell for their career. Some are referred to as “honey” or “sweetheart.” Some are called by their first names while their male counterparts are not. Even female United States Supreme Court justices are treated with more disrespect by both their male colleagues and by the lawyers who appear before them! Similar issues present in the legal academy.

Patriarchal principles rule and are often a part of the fabric of our legal institutions. Notice, then, that merely hiring more women or more Women of Color or more Black women--although necessary--will not automatically solve the problem or even change the game. Unless our legal institutions are restructured, female lawyers will continue to be marginalized and retaliated against when their behavior does not conform to the existing system.

So, we have come a long way, baby! But we have not fully arrived. “[I]t's still a [White] man's game.” And we have miles to go before we can sleep.