#METOO, Statutory Rape Laws, and the Persistence of Gender Stereotypes 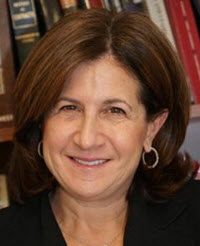 In the late 1970s and early 1980s, feminists pushed for reform of statutory rape laws. At that time, states' laws limited prosecution for sexual intercourse with a female below a certain age to males. The only victims of statutory rape were female. Feminists advocated that legislatures should rewrite gender-specific sexual assault laws in gender-neutral terms. They hoped that formal equality in statutory rapes laws would lead to the recognition that both males and females have sexual agency and greater equality in society as a whole.

The #MeToo movement's objective is not dissimilar to the goal of proponents of gender-neutral statutory rape laws, which seek to have men and women treated equally. Unfortunately, these two movements have another similarity. Both the #MeToo movement and the practical enforcement of gender-neutral laws create a victimology paradigm. Recognizing inequality among genders requires conceding perceived female frailties.

At the present moment, the #MeToo backlash has yet to manifest itself in any concrete legal form. As court cases and other legal actions move forward, #MeToo supporters may expect to encounter some unintended consequences in the quest for gender equality. In the case of gender-neutral statutory rape laws, the best of feminist intentions, in fact, have resulted in a retreat to a time when girls were considered incapable of protecting themselves, at best, and, at the worst, parental property. Consider the following.

Bill, an eighth-grade boy, and Carol, a seventh-grade girl, engaged in consensual sex. They had been dating for eighteen months. When Carol's parents learned of the encounter, they called the sheriff's department. Officers arrested Bill and charged him with a sexual-conduct misdemeanor. Carol faced no charges.

Under Kentucky's law, the sheriff's department could have charged Carol with the crime, which is a part of the universe of sex crimes defined under the umbrella of statutory rape. Kentucky removed gender-specificity from its sexual assault laws, meaning Carol's female status no longer automatically labeled her as the victim. The gender-neutral language of Kentucky's statutory criminal misconduct code ultimately gives prosecutors full discretion in characterizing one party as a victim and the other as the perpetrator, although both engaged in the same wrongful conduct.

All states and the federal government have enacted a collection of crimes aimed at punishing sex between two persons when at least one is under the age of consent. These crimes, which states collectively refer to as “statutory rape laws,” have grown organically from the social and legal distinctions made between boys and girls. Early common law characterized sex with an underage female as harm to the father's property; loss of virginity decreased the child's value as a bride. The crime gave fathers retribution against males who took away their daughter's chastity. Such a wrong deserved punishment.

However, the gender-centric nature of statutory rape remained well after the notion of females as property waned. Later, legislatures and courts cited prevention of teenage pregnancy, reduction of numbers of “welfare moms,” and a general desire to preserve young girls' virtues as justification for criminalizing consensual sex with female minors.

As recently as 1981, the Supreme Court, in Michael M. v. Superior Court of Sonoma County, endorsed unequal treatment between the sexes concerning statutory rape. A plurality of the court held that California's gender-specific statutory rape law sought to protect harm that unevenly fell on females who, in their opinion, bore the brunt of unwanted pregnancies and non-marital children. The State's justification was constitutionally permissible; it did not violate the Equal Protection Clause of the Fourteenth Amendment.

While the Michael M. Justices endorsed a gendered norm, their opinion further fueled the gender-neutral statutory rape laws movement, which had already begun to take form. In response to Michael M., feminists, including Frances Olsen and Ann Freedman, asserted that gender-based laws of the Michael M. type furthered the stereotype of females as victims and unfairly oppressed women as they sought equal status with men. Legislatures, that had not previously done so, reacted to Michael M.'s endorsement of inequality. By 2000, all state legislatures had removed gender distinctions from sexual assault crimes. Ideally, the goal of these laws was to treat females and males equally, reduce the stigma of women as victims, alleviate a sense of female oppression, and remedy other persistent historical gender stereotypes.

Unfortunately, the aspired-to reality is far from the ideal. Today, prosecutors are three times more likely to charge males with statutory rape than they are to charge females with the same crime. Parents of females alert authorities about the prohibited sexual activity of their daughters at a rate that is largely disproportionate to that of parents of males. The change to gender-neutral language, as it pertains to prohibited sexual intimacy between consenting teens, is semantic at best but more likely has created an unfortunate return to the female victimology paradigm that proponents of gender-neutral statutory rape laws sought to erase.

The equality language of gender-neutral statutes plays a significant role in the unfairness of its application. The unintended consequence of the shift to gender-neutral statutory rape laws is the loss of labeling for the purpose of status. Traditional statutory rape laws defined the female as “victim” and the male as “defendant.” The shift to gender-neutral language places the burden on prosecutors to choose which partner to charge with statutory rape in cases of mutual consent to the same prohibited conduct. Some statutes offer guidance to prosecutors, but others give prosecutors unlimited discretion concerning which party to charge.

Statutory rape laws fall into one of two categories: (1) thirty-four states have enacted what this Article refers to as age-differential statutes; and (2) the remaining sixteen states have enacted what this Article refers to as arbitrary prosecution statutes. In jurisdictions with age-differential statutes, prosecutors may only charge the perpetrator if he or she is older than the minor victim by a legislatively-mandated number of years. Prosecutors in these states, therefore, are limited in prosecuting for statutory rape to instances where the perpetrator is at least three years--and in some states as much as five years--older than the victim. The justification for age-differential statutes is a recognition that underage minors sometimes choose to engage in consensual sexual intimacy. In jurisdictions with arbitrary prosecution statutes, the states have adopted laws that are silent about whom to charge. These states have remedied the unequal treatment between genders but fail to remove from culpability teens who wish to explore sexual intimacy with a partner.

To be sure, there are benefits to gender-neutral statutory rape laws. These statutes have expanded the prosecutor's arsenal to allow prosecution for occurrences of sexual violence against men and inappropriate relations between adult females and minor males. But in the case of prosecution between “minors” who have chosen to engage in sexual relations, the victim tends to be the party whose parents reach out to the police. More often than not, a parent of a middle-class female seeks retributive justice, leaving the male to suffer the consequences of the mutual decision and further perpetuating the stereotype of the female as the victim and the male as the aggresor. Parents' power to influence prosecution decisions by calling attention to authorities and using the social or political capital to urge prosecutors to file charges, coupled with prosecutorial discretion in charging decisions, have essentially returned females to the more vulnerable status that gender-neutral laws sought to eradicate.

This Article illustrates how movements for increased equality between men and women can fail to meet their stated goals. Using the example of statutory rape laws, this Article explains how the legislative shift from gender-specific to gender-neutral terminology, brought on in part by feminists seeking an egalitarian society, has failed to achieve the goal of increasing equality between males and females and, in many ways, led to a return to the historical paradigm of girls as both powerless and property.

This Article proceeds in five parts.

Part I reviews the history of the legal and social movement from gender-specific to gender-neutral statutory rape laws. This Part includes an exploration of critical scholarship responding to the Supreme Court's Michael M. decision.

Part IV tests the outcomes of statutory rape prosecutions and considers whether the move to gender-neutral rape laws has achieved feminists' goals such as removing female stereotypes and granting females more power over their own sexuality. Ultimately, this Article highlights how cultural movements can have long-simmering, unintended consequences, and the pernicious effects of the legislative shift to gender-neutrality stands as a cautionary tale to the #MeToo movement and its fight for workplace equality. This Article concludes with hope, offering a solution for change in the future.

The benefits of including statutory rape laws in criminal codes far outweighs the burden. It would be unreasonable to remove such laws from state penal codes. But, with respect to consensual sexual relations between teenagers, enforcement perpetuates unwanted sexual stereotypes. The same can be said of the #MeToo movement. The collective voices are dampened by an undercurrent of critics whispering [y]ou must have been weak in the boardroom, the classroom, the soundstage.”

To be clear, women are victimized, and both solidarity and gender neutrality are for the good. But when the law, as practiced, does not work well, it fails women and the movements that fight for their equality. Prosecution for consensual sexual relations among teens should be rare and should be subject to the bright line test of age-differential prosecution statutes. Only in this way will the law truly embrace formal equality, a long sought after, but still elusive goal.