What about #Ustoo?: The Invisibility of Race in the #Metoo Movement, 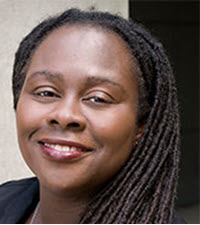 On October 15, 2017, the #MeToo movement exploded onto the popular media stage after actress Alyssa Milano asked Twitter users to “write ‘me too’ as a reply to [her] tweet” if they had “been sexually harassed or assaulted.” Milano's request brought on an avalanche of stories concerning sexual harassment. Combined, more than twelve million users of Twitter, Facebook, Snapchat, and other social media platforms offered posts and reactions to Milano's #MeToo challenge.

Along with millions of affirming responses to Milano's tweet, there were also critiques of her request, namely from women of color who were upset that--yet again--a white woman was receiving credit for an idea originated by a woman of color. In their responses to Milano's call for “me too” tweets, these women highlighted not only that the phrase “me too” was originally coined by a black woman, Tarana Burke, more than ten years prior, but also that Burke had never received anywhere near the same level of support that white feminists like Milano received from the general public. For example, Alicia Garza, one of the co-founders of Black Lives Matter, tweeted the following message to Burke the very next morning: “Thank you @TaranaBurke for bringing us this gift of #MeToo almost 10 years ago. Still powerful today.” Others like Aura Bogado, a Latina blogger and a writer for The Nation, and Bevy Smith, a television personality best known for her work as a cohost on the show Fashion Queens, offered more direct critiques of the erasure of Burke from the #MeToo narrative. For instance, Bogado tweeted, “#MeToo was started by Tarana Burke. Stop erasing black women.”

Yet this marginalization within a greater feminist movement should not be surprising given the way privilege and subordination interact with race, sex, and other characteristics. In 1991, Professor Kimberlé Crenshaw, one of the founders of Critical Race Theory, created the framework of “intersectionality” to explain how people who share one identity characteristic, such as race, may experience discrimination and subordination differently based on divergent intersecting identity categories, such as being black and female as compared to being black and male or white and female. In other words, Crenshaw revealed how “the intersection of racism and sexism [may] factor[] into [women of color's] lives in ways that cannot be captured wholly by looking at the race or gender dimensions of those experiences separately.” A few years later, other academics like queer theorist Darren Hutchinson and masculinities scholar Athena Mutua built on Crenshaw's work to develop the concepts of gendered racism and multidimensionality, both of which recognize how individuals whose identities meet at the intersection of privilege and disadvantage--for example, male and black--may encounter unique forms of discrimination and subordination, depending upon context. For instance, although being male is generally viewed as a privilege in our society, within the context of police brutality and racial profiling, black maleness, for example, is far from a privileged identity. As Hutchinson explained, recognizing the multidimensional nature of discrimination and subordination is critical because solutions to one form of subordination cannot be provided “without analyzing how [the subordination] is affected and shaped by other systems of domination.”

In this Essay, I argue that the persistent racial biases reflected in the #MeToo movement illustrate precisely why sexual harassment law must adopt a reasonable person standard that accounts for these different intersectional and multidimensional identities. In other words, they show why courts should employ a standard based on a reasonable person in the complainant's intersectional and multidimensional shoes, rather than the ostensibly objective reasonable person standard--which some courts have declared to be male biased evaluating sexual harassment claims. Although many authors have argued for adopting a reasonable woman standard in harassment law, none have taken the further step of contending that the standard must also be rooted in an intersectional and multidimensional lens in order to capture the different ways that women across intersectional categories may experience any particular event or events. This Essay contends that such a lens is a necessary component to achieving equality and inclusion in harassment law.

Currently, antidiscrimination law employs what courts deem an objective victim standard to analyze sexual harassment claims. In so doing, the law ignores the complexities of how gender and racial subordination, stereotype, and bias can shape a victim's vulnerability to harassment, her credibility in the eyes of factfinders, and others' perceptions about whether she is harmed by the undesired conduct. It also disregards how a complainant's own understanding of others' perceptions about her group or groups, whether based on race, sex, or other identity factors like religion and age, can shape her own response to the harassment she is enduring. By adopting a standard based on a reasonable person with the complainant's intersectional and multidimensional identity, courts can acknowledge how the current standard, though allegedly objective, is actually rooted in the experiences of white men, particularly because the case law has largely been developed by white male judges. Indeed, one can see not only male biases in favor of those alleged to be the aggressors in the application of sexual harassment doctrine to the facts of sexual harassment cases, but also biases in the application at the intersection of gender, race, socioeconomic class, gender identity, disability, citizenship status, and other identity categories. For instance, courts have reified class bias, inequities, and stereotyped perceptions of blue-collar workers in sexual harassment law by insisting that the bar for proving sexual harassment is higher in blue-collar work environments because crass and crude language are common in such environments. In so doing, courts have made women in blue-collar jobs more vulnerable to sexual harassment, pushing them into unequal positions that their white-collar counterparts are not expected to endure.

In conclusion, there is much to praise about the resurgence of the #MeToo movement after October 15, 2017. We have, at least for now, shifted from a society in which women did not feel empowered to report harassment--either out of fear of being disbelieved or out of a fear of being believed but ignored--to one where many women now feel they may both be heard and believed by those with the power to effect change. Even Anita Hill, who famously testified that Justice Clarence Thomas sexually harassed her when they both worked at the Equal Employment Opportunity Commission as lawyers, has noted the major shift in societal responses to claims of harassment. Hill explained, “In today's atmosphere, there would be more people who would understand my story, who would believe my story, and I think the numbers have changed over the year in terms of people who believe me and support me.”

And yet, while much has changed in society about how we respond to claims of sexual harassment, much has also remained the same. Specifically, some women, particularly white women, within the feminist movement, still barely acknowledge or understand the unique, racialized and gendered harassment experiences that women of color face. One of the best means for ensuring that this racialized sexism is seen, understood, and acknowledged within the justice system is to develop and apply a doctrinal framework that rejects false notions of objectivity and facilitates the use of a particularized objective standard. Here, that means a standard that examines the facts of each case from the lens of a reasonable person in the complainant's intersectional and multidimensional shoes. Although support has long existed for a reasonable woman standard in harassment law, the standard must also be rooted in an intersectional and multidimensional lens in order to capture the different ways that women across intersectional categories may experience any particular event or events. This is a necessary step to achieving equality and inclusion in harassment law.

This work can't grow unless it's intersectional. We [women of color] can't do it alone and they [white women] can't do it alone .... Until we change [how we interact], any advancement that we make in addressing this issue is going to be scarred by the fact that it wasn't across the board. It's time for all our voices to be heard.