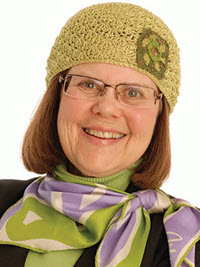 This article considers two legal cases and the stories that developed around them. Both the cases and their stories involved issues of significance to the larger society - death and bias. Each concern has occasioned confusion and debate in its own right. When these issues are combined, confusion and debate are intensified. This Article examines the complicated interplay between bias and decisions about death and dying in the U.S. health care system. Further, it reviews intersecting claims about the importance, respectively, of autonomy and community in resolving disputes about the topics of death and dying.

Litigation can be lost or won on the basis of the underlying narrative reported to a court. When that narrative involves matters of interest to the public (as the two cases examined in this article do), it attracts the attention of public media. Media often embellishes upon legal narratives, offering stories that carry public messages. This article focuses on two such stories - that of Elizabeth Bouvia who sought the right to die with hospital assistance in the 1980s, and that of Jahi McMath, for whom a tonsillectomy, performed in 2013, led to a brain death diagnosis, and whose family refused to accept that diagnosis. These stories were separated in time by over three decades. Yet, each bears important similarities with one another--each involved bias. In the case of Bouvia, born with cerebral palsy, that bias reflected presumptions about people with disabilities. And in the case of McMath, an African American adolescent, bias reflected presumptions about race. Moreover, both Bouvia and McMath (or more accurately, perhaps, McMath's family) attracted media attention, further exacerbated when both cases were selected for review by courts in California.

The next part of this article introduces the complicated array of issues occasioned by Elizabeth Bouvia and Jahi McMath's respective legal cases, and it begins to present the encompassing social stories of both Bouvia and McMath. Part III then reviews Bouvia's legal cases and her story in detail, focusing first, in Section A, on the court cases, and then, in Section B, on Bouvia's personal story. Part IV then reviews the legal cases involving Jahi McMath and public stories about her and her family. Section A of Part IV reviews relevant legal cases. Section B focuses on the notion of brain death. It aims to suggest the parameters and complex implications of a brain death diagnosis. Section C examines Jahi's personal and family stories. Part V reflects on the ideological context within which each case and its encompassing story developed the presentation of those stories in public media and the shifts in the public lenses through which each case was viewed by the larger society.

Both Elizabeth Bouvia and Jahi McMath (through her family) refused to follow social and medical expectations about how and when to die. In the early 1980s, a California trial court expected Bouvia to show heroism in submitting to a life with disabilities. By 1986, expectations had changed with a change in social presumptions as well as in court and judge: now, Bouvia gained the right to die and her situation was understood to justify her preference for death over life. Almost no one involved in the case asked whether Bouvia was depressed for reasons only indirectly connected to her disabilities and whether that depression might have found relief in proper treatment.

Jahi McMath's family similarly defied expectations. The family refused to agree to the withdrawal of ventilatory support. One physician even contended that the family should accept Jahi's death sooner rather than later so that her body would look good at her funeral. The Winkfield and McMath family insisted that Jahi had not died despite the conclusions of her doctors and the provisions of state law.

Legal decisions for against reflected bias against people with disabilities. These biases--in particular, that disabled people could not thrive, could not live full, vibrant lives, and should, instead, be pitied--were deeply ingrained in the society. Bouvia's legal cases and the stories that surrounded them and that followed in their wake brought some of those biases to light. These stories were used by the fledgling disability rights movement to frame social biases against people with disabilities and the implications of those biases.

Courts' responses to cases initiated by Jahi's family were more circumspect, revealing less about the judges' perspectives than was true of court responses to Bouvia's claims. Yet, for McMath, as for Bouvia, bias was part of the underlying story. Whether clinicians and hospital administrators' treatment of Jahi and of her family were grounded in bias and prejudice is not clear from available reports but is suggested by some of those reports.

Ironically, Bouvia, herself, did not perceive what others saw as bias, while McMath's family perceived bias when others did not seem to recognize it. At least some clinicians and/or attorneys who should have cared for these patients/litigants seem, instead, to have responded to them through lenses colored by social biases. Many of their reported responses were callous, unthoughtful, and, for McMath's family, at least, profoundly painful.

Had these cases not invoked complicated social debates about death and dying, the two stories--that of Bouvia and that of McMath--might not have been told in public settings. Had they not involved two compelling patients, they also might have been less compelling to the public and received less attention or stimulated fewer responses. That they were widely considered and reported has helped society clarify its understandings of death or dying, while raising new and challenging questions about autonomy, community, and bias. Indeed, each story has identified deeply ingrained biases and, arguably, more explicit prejudice in medical and legal settings.

Through these stories, even as they are uneven and often contradictory, society has been encouraged to make sense of social responses to the issues occasioned by the Bouvia and McMath stories and to contemplate whether and how to re-shape its responses. More specifically, challenges occasioned by the stories of Elizabeth Bouvia and Jahi McMath have pushed society more carefully to consider the shape of death and the force of bias in medical and legal deliberations.