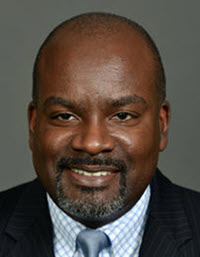 The 2016 election season has revealed the complicity that many Americans have with racist, sexist, homophobic, and xenophobic rhetoric (and, arguably, beliefs). The discriminatory rhetoric of now-President Donald J. Trump and some of his followers--which included claims of Mexico sending the United States felons, Islam as inherently violent, and a knowing disgregard of sexually predatory behavior--helped to define his campaign. The broad support of white men and particularly white women in key battleground states (specifically, Michigan, Wisconsin, and Pennsylvania) granted Mr. Trump an Electoral College victory, despite losing the popular vote by nearly three million ballots.

One interpretation of Trump's victory is that his voters agreed with this discriminatory rhetoric. The notion of “Make America Great Again” could imply an America that once again embraces the idea that white supremacy made America great. His avowedly white supremacist voters follow this idea. While it is impossible to know whether Trump voters who are not avowed white supremacists believed this generally, or whether their racists beliefs correlated with their vote at the time they voted, polling data does show that this demographic of voters favors policies that some call racist.

Another inference that could be drawn from Trump's rhetoric and the support it garnered is that these voters considered this racist, sexist, xenophobic, and homophobic rhetoric and decided to ignore it or deem it irrelevant to their decision. Defenders of Trump voters have made it their business to argue that ignoring it is precisely what the voters did. While it's impossible to know whether Trump voters condoned or ignored his rhetoric, what we can say is that the rhetoric was a significant part of the political discourse around Trump, that these voters presumably considered it, and, by their votes in support of Trump, gave him significant political support.

In either case, Trump voters undertook an act of what I will call in this essay “normalizing domination.” Normalization for this purpose means making the absurd or incendiary commonplace and acceptable. Specifically, normalization de-stigmatizes the abusive and subordinationist nature of white supremacy and at the same time embraces the benefits of that same hegemony. It makes invisible the ideology of white supremacy by camouflaging it with other normative values while at the same time allowing it to flourish and reinvent itself. It asserts an epistemology of failing to know racism - a key component of what scholars know as post-racialism - as a means of achieving colorblindness. In this sense, it evokes Professor Ahmed's insight. And yet, as the original jurisprudential assertion of colorblindness in Justice Harlan's jeremiad against separate but equal in Plessy v. Ferguson shows, that assertion is nonetheless built on the belief in the supremacy of whiteness.

Despite this willful not-knowing, racial domination, especially in our political life, is nothing new. The late great Derrick Bell recognized how the underlying structure of American politics is defined by domination that embraces white identity politics as central, and thus, as a component of it, sought to organize the American political and legal structure to protect such domination. This short essay will focus on this problem of the law of politics as a means to the end of racial domination. It will provide a brief overview of the history of how racial domination reinvents itself despite the coming of an insistence on equality, elaborate on Professor Ahmed's insight about how the shifting of blame from racism leads to paranoia by showing how it is coupled with the willful ignorance of those who benefit, and then speculate briefly about how to break this pattern.

This essay has sought to this point to demonstrate that the erasure of race consciousness-based litigation approaches is an old pattern in American politics. White supremacy continues to transform and reinvent itself so it can continue to exist in connection to political domination. Explaining away its racial effects makes those effects, and their (quite possibly and plausibly) racial intent, invisible.

What is at stake in this is the idea that race can be used as a compass to understand the structure of political domination and thus subvert such domination to create an egalitarian society. To me, the only way to be able to maintain this notion of race consciousness is to make a concerted moral choice that this ought to continue to be an important component of the way our democracy runs. Reconstruction ultimately stands for the notion that race neutrality that seeks to remedy the open racial subordination of slavery is an important democratic value to be implemented within our Republican form of government, as it is a path to freedom for all citizens. But the history that has followed from then to now has been, in the words of this essay, an effort at race erasure that masks racial domination.

The question becomes, what ideological brand of race neutrality ought the American political system adopt: a race neutrality that seeks racial equity through the erasure of race consciousness or a race neutrality that consciously considers the risk of racial subordination and therefore acts to subvert that kind of racial subordination? To choose a race neutrality through erasure--to buy into the post-racialism premise--is to ignore the pervasive nature of racism. White supremacy is endemic and continues to reinvent itself. Mere legal change in a new era is insufficient to subvert the re-inventive nature of racism, and therefore race will continue to permeate the ongoing drive of partisans to gain political domination. This will be true even if, in the name of avoiding racial domination, the legal tools designed to subvert racial domination are further limited or declared wholly unconstitutional. Indeed, as the history recited above shows, the choice of ending the doctrinal and jurisprudential foundations of race-conscious antidiscrimination law would result in an irony of constitutional magnitude that would decimate the vision of Reconstruction.

Instead, there ought to be a reinvigoration of what race consciousness means, even if that meaning forces us to stand contrary to the majoritarian view that we live in a post-racial society. This requires the reconsideration of history and the realization that this move to erase, to consciously not know racism, is a continuing force in society. And instead of avoiding conversations about race, even if for apparently benign or beneficial reasons, this requires us to reach an open and explicit consensus about what kind of race-conscious concerns ought to be raised in a society that continues to become more diverse rather than less. This requires, in particular, a reconsideration of the competing values of race consciousness and federalism.

Race consciousness, as subordinationist and as affirmative force, will play a formative role in American society through the twenty-first century. Race consciousness can be constructive or destructive, and it is our choice as to whether to be complicit with an erasure of race consciousness that facilitates a new racial domination, or by our consciousness to work to articulate a racial awareness that bolsters our democratic values.