In December 2016, the New York Court of Appeals issued a landmark civil rights ruling. With its decision in People 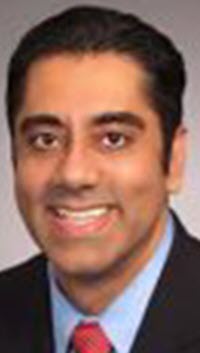 v. Bridgeforth, the Court of Appeals held that skin color discrimination is cognizable for Batson v. Kentucky challenges to juror exclusion. Batson challenges derive from the Fourteenth Amendment's Equal Protection Clause in the U.S. Constitution, and New York has incorporated Batson's doctrine into its state law. In Bridgeforth, the New York Court of Appeals found that the exclusion of a class of dark-skinned jurors of different races violates the New York Constitution's Equal Protection Clause and section 13 of New York's Civil Rights Law. It was a “precedent-setting decision”--the first application of Batson specifically to skin color discrimination.

However, Bridgeforth's significance goes well beyond Batson. Skin color discrimination, as a claim independent from race discrimination, has only been recognized under a few civil rights statutes, most notably Title VII of the Civil Rights Act of 1964. Under these statutes, courts have interpreted the term “color” narrowly to apply only to discrimination against a plaintiff belonging to a subclass of one race: for example, a dark-skinned African American. Additionally, courts had only recognized such color discrimination claims for individual plaintiffs. But Bridgeforth recognized a multiracial color class--composed of a group of dark-skinned individuals of different races. In doing so, the case opens up possibilities for expanding color-based anti-discrimination law.

Some legal scholars have focused on color discrimination under Title VII and other civil rights statutes, and various scholars have written about colorism as a historical and sociological phenomenon which parallels racism. Building on these works, this Article will add several new dimensions. It will analyze the changing legal meaning of “color” discrimination in civil rights law, from the antebellum period to the Reconstruction Era to modern statutes. In doing so, it is the first scholarly work to examine color discrimination under the Equal Protection Clause--a long-lost twin of the more familiar race discrimination claims. Color-based equal protection existed long before Bridgeforth, albeit in a different form that was coterminous with race-based equal protection. The Article will show how “color” was gradually subsumed by “race” in equal protection jurisprudence, until its reemergence in Bridgeforth. By examining this history, this Article will also illuminate the changing legal meaning of “color,” which was once used to represent race and now specifically designates skin color. The Article will show how Bridgeforth forms a bridge between these two meanings through its recognition of a multiracial color class. Finally, the Article will lay out the potential of multiracial color classes for civil rights law and posit initial strategies to begin realizing this potential.

Part I will delineate the complex relationship between race and color terminology--particularly the ambiguous use of the term “color.” This Part will show how “race” and “color” were used interchangeably in the U.S. Census. It also will discuss the phenomenon of colorism--oppression based on skin color, as differentiated from racism, and it will consider the relationship between racism and colorism.

Part II will analyze color in the antebellum period and will examine Reconstruction Era anti-discrimination laws, including the Civil Rights Act of 1866 and the Fourteenth and Fifteenth Amendments. It first will consider how race and color intersected in antebellum law, showing how “color” was sometimes used interchangeably with “race” and other times used specifically to denote skin color. Against this backdrop, Part II will illustrate that in the Reconstruction Era, protections against color discrimination focused on racism, not on colorism. This Part also will consider how the Reconstruction Framers came to include both “race” and “color” in their legal enactments.

Parts III and IV will focus on color under the Equal Protection Clause. Part III will show how early equal protection cases considered both race and color discrimination together and that both were treated as manifestations of racism. Color and race were equally important, but color did not develop a legal meaning independent of race. Eventually, as Part IV will illustrate, the Supreme Court began to use the term “color” less frequently, and race subsumed color in equal protection jurisprudence.

Part VI will analyze People v. Bridgeforth and discuss how it extends the scope of color discrimination protections in civil rights law. This Part will highlight the novel recognition of a multiracial color class, composed of a group of dark-skinned individuals of different races, for Batson challenges. Such a multiracial class illustrates how “color” provisions can protect against more complex forms of discrimination, where members of more than one racial group are targeted.

Finally, Part VII will consider the future of color-based anti-discrimination law. It will highlight the potential of multiracial color classes to combat discrimination in an increasingly diverse America. This Part will also posit strategies for civil rights advocates to work towards this end.

This Article has considered the changing relationship between race and color in civil rights law. The term “color” has at times actually denoted race and at other times referred directly to skin color. This ambiguity was apparent in the antebellum era and Reconstruction Era laws, and in the late nineteenth and early twentieth centuries. Although it was known and undisputed that skin color did not always determine race, judges and others often gave heavy weight to skin color when identifying an individual's race. In particular, those with relatively dark skin were presumed to be Black.

In the late nineteenth and early twentieth centuries, the Supreme Court recognized both race and color discrimination under the Fourteenth Amendment, but it did not differentiate between the two. Skin color was often presumed to be the means to identify race, but no separate jurisprudence developed around color discrimination. Gradually, use of “color” became much less common in the Supreme Court's equal protection opinions: Often the term was used just when quoting prior cases.

People v. Bridgeforth added a novel dimension to “color” discrimination jurisprudence. For the first time, a court recognized a multiracial color class, made up of individuals of different races linked solely by their dark skin color. Bridgeforth was limited to New York's Equal Protection Clause and Section 13 of New York's Civil Rights Law, but it opens up possibilities for future developments in color discrimination law.

As American racism becomes more complex and intersects even more with colorism, multiracial color classes will become more relevant and important for civil rights law. Civil rights advocates will need to collect data on skin color discrimination and employ creative legal strategies to address it. In the broader scope, this can move American civil rights law in a more progressive direction. A century and a half after the ratification of the Fourteenth Amendment, “color” itself may help to change the “colorblind” ideology that has stifled civil rights law in America.

Associate Professor of Law, University of New Mexico School of Law; J.D. (2009), New York University (NYU) School of Law; Ph.D. (2005), University of Pennsylvania. The title of this Article derives from the Fox sketch comedy television series, In Living Color, which aired from 1990 to 1994 and often dealt with controversial racial issues in a light-hearted manner