Microaggressions: What They Are and Why They Matter

Excerpted from: Catharine Wells, Microaggressions: What They Are and Why They Matter, 24 Texas Hispanic Journal of Law and Policy 61 (Fall, 2017) (28 Footnotes) (Full Document) 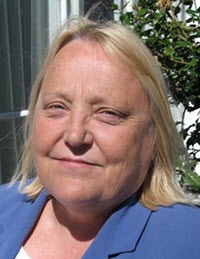 Dr. Chester Pierce, the first African-American psychiatrist to join the faculty of the Harvard Medical School, invented the term “microaggression” during the 1960's. In trying to capture the distorted relationship between the races, he explained the concept of microaggression this way:

Most offensive reactions are not gross and crippling. They are subtle and stunning. The enormity of the complications they cause can be appreciated only when one considers that the subtle blows are delivered incessantly. Even though any single offense can ... be relatively innocuous, the cumulative effect to the victim and to the victimizer is of an unimaginable magnitude. Hence the therapist is obliged to pose the idea that offensive mechanisms are usually a microaggression, as opposed to a gross, dramatic, obvious macro-aggression such as lynching.

He then went on to underscore the importance of addressing this form of subtle offenses:

The study of microaggression by whites and blacks is the essential ingredient to the understanding of in what manner in the process of interactions must be changed before any program of action can succeed.

Fifty years later, writers on race have rediscovered the term and made it a part of their vocabulary. It seems like a simple term - easily grasped and assimilated. Examples include such common statements as:

• I don't think of you as Black

Such comments may seem well-intentioned but, each of them is based on a stereotype that carries a negative message. “I don't think of you as Black” suggests that there might be something wrong with being Black. Similarly, “you don't look Jewish” suggests that looking Jewish is not looking good. Further, both of these comments suggest a degree of “passing” that the target might find uncomfortable. The final comment - “where are you really from” - suggests that the foreign-looking recipient cannot possibly be a fellow American. Individually, as Dr. Pierce suggests, none of these comments are devastating. However, it is not hard to see that constant repetition of these comments would become more than annoying.

• Getting bit by mosquitoes every god damn day, multiple times a day is fucking annoying and makes you want to go ballistic on those mosquitoes (showing an African American woman with a machine gun and a white person nearby saying, “another angry black woman”)

• Which seems like a huge overreaction to those who only get bit once in a while.

• Of course, beyond just being truly annoying, some mosquitoes carry threatening diseases (a picture of a white college counselor suggesting that an African American choose a less challenging major)

• And other mosquitoes carry strains that can even kill you. (A picture of a mosquito armed with an assault rifle saying “He looked like he was up to trouble. I felt threatened.”)

In less than two minutes, this video covers all the salient points, explaining why repeated microaggressions are oppressive; and why, in some circumstances, they threaten serious harm. But not everyone is convinced. The following two comments are typical of the negative commentary on Facebook:

• Liberals love labels. Lol. I mean micro aggression? Seriously? That's stupid. What are you, a 5 year old child? Go cry in your safe spot. Grow up. The worlds a cold place. Stop with your stupid labels. Liberalism is a disease.

• If you're affected by microaggressions, then your level of strength and maturity is microscopic. Real adults worry about real aggressions.

At first glance, this last statement seems to make a forceful point. Hate crimes against minorities are on the rise. Recently, for example, a lawless group assaulted the African American husband of a mixed-race couple, made death threats and burned a 6-foot wooden cross in their front yard. This was all done to chase the couple out of their neighborhood. Compared to this, it is not surprising that some see microaggressions as relatively harmless. But if we are tempted to dismiss them, we need only remember that human beings can be harmed in many ways and that a deadly poison can be concealed in a seemingly innocuous piece of cake.

In this paper, I will talk specifically about the way in which microaggressions affect our students. Law schools are competitive places, and we need to understand microaggressions in this context. In the first section, I will examine some of the harms that microaggressions cause. In the second, I will discuss two forms of microaggression that are present in the law school environment. In each case, I will offer some brief comments about what law schools and law teachers could do to provide a more favorable environment in which all students - and especially students of color - can flourish.

I want to end by reiterating Dr. Pierce's point about microaggressions. The past century has seen real progress in integrating American society. The worst aspects of Jim Crow are dead. De jure segregation is a thing of the past. Many people of color are in the forefront of American political, intellectual, and cultural life. This progress is good, but it is not enough. Minorities continue to pay an unacceptable cost for integration. So long as we subject them to the endless gauntlet of microaggression, we have not achieved full equality. As Dr. Pierce says, this is “the essential ingredient” for success. Oddly, this last part is not the hardest part of the process. The first stage has involved changing society, facing conflict, and making room for people of color in our social systems. The second stage requires only that we discard worn-out ideologies.

It is therefore ironic that just as we reach this point, we encounter serious backlash. We were willing, it seems to change many of our institutional arrangements, but now we are reluctant to accept personal responsibility for our actions. No one likes to make mistakes; no one likes to suffer the embarrassment of making those mistakes in public. As white people, the idea of microaggression hits us in this place of relative insecurity. If we want to be politically correct, we have own up to the limits of our enlightenment. We have to recognize the dark spaces still in our minds. It is easier, of course, to simply reject the requirement of political correctness. But, if we think about it, we can see that there are many reasons we should not do so. Aside from politeness and good manners, there is a basic question of justice. Americans inherit a long history of racial injustice. To ignore microaggressions is to say: Our history of racial oppression has left a residue of interpersonal discomfort between the races. Although I have received the many advantages of being white, I still insist that the comfort I receive by pretending to be race-blind is more important than the discomfort I inflict on others by refusing to recognize the persistence of racism. For those who are white and care about justice, this is an untenable position.