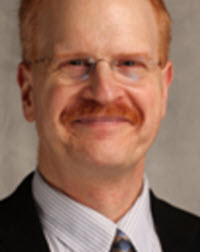 The articles in this Ohio State Journal of Criminal Law symposium address the implications for the criminal justicesystem of what I will call “racial blindsight.” The term derives from the psychological phenomenon of literal “blindsight,” meaning “seeing without knowing it.” English neurologist George Riddoch researched the phenomenon to explain stories of World War I soldiers who were seemingly blinded by head injuries yet dodged bullets. All the while the soldiers insisted that they could not see the violence threatening them. Blindsight, later studies have revealed, usually has a physical cause, arising most readily in people suffering from dead tissue patches in the brain's primary visual cortex. Blindsight can extend not just to motion but to color and even facial expressions.

The blindsight phenomenon has been observed in numerous experiments in which the blind are asked to “guess” the direction and color of an object, yet they do so with remarkable accuracy. The phenomenon has even been observed in normally-sighted people, who may deny “seeing” certain events, yet can accurately describe what happened. “Blindtouch,” “blindsmell,” and “blindsound” phenomena have been observed as well. Blindsight studies are widely understood to be an important source of evidence suggesting “that sensory information which does not make it to consciousness may nevertheless influence our behaviour.”

If literal blindsight usually stems from a physical injury, there may be reason to believe it can also develop from psychological trauma. The 1960s rock opera, Tommy, by The Who, captured this idea. At a very young age, Tommy discovers his mother engaged in a sex act with her lover. The lover threatens Tommy into silence about what he observed. “You didn't hear it, you didn't see it, you won't say nothing to no one it all seems without any proof!,” sings the ranting lover to Tommy. Tommy takes these words to heart. He becomes a “deaf, dumb, and blind boy.” Yet he also becomes a master of the pinball machine, a “pinball wizard” for whom, “strange as it seems, his musical dreams ain't quite so bad.” But, later in life, Tommy discovers a “miracle cure,” yet he uses his new found power of speech to urge all to return to his earlier near senseless condition, a condition that, he preaches, will bring salvation. He becomes a messianic figure with a huge following, all of whom block their eyes, their ears, and their mouths, blinding and deafening themselves to reality for the simpler and more distracting pleasures of the pinball machine. In the end, however, they abandon Tommy, recognizing that choosing to be blind and deaf to the real causes of suffering around you is ultimately an evil, contributing to, rather than alleviating, human pain. Therefore, even someone like Tommy was morally responsible for exercising free will to render himself and others insensate to grievous social wrong, insensitivity analogous to that so often displayed by the racial deeds of criminal justice system actors, if not by their words or conscious thoughts.

“Racial blindsight” metaphorically draws on two elements of literal blindsight: first, that much of America is consciously blind to the harmful effect of racial biases on our individual and collective psychologies, yet is at some subconscious level quite aware of their presence; second, that this blindsight is caused by trauma. That trauma can be conceived of as physical, a blow to the “body politic,” or as psychological, as in the injuries done to Tommy. Either way, the original trauma was the sin of slavery, followed by the assault of Jim Crow, then by today's battles waged by Color-Blind Warriors on both the left and the right side of the political spectrum. Those traumas continue to befog our senses, even long after they have occurred.

The collective hope of the authors of the pieces in this symposium is to reveal the myriad ways in which these traumas manifest themselves in the criminal justice system today in a particular way: by deadening our racial senses, a deadening that is in fact a moral choice. This symposium's authors suggest that because we can choose whether and how to see and hear racial injustice, we are morally responsible for our own racial blindness. But these pieces do more than urge simple self-awareness. They also demonstrate in practical, concrete ways how our collective eyes, once surgically corrected, can be kept open to reveal the resulting ugliness, including racially destructive sentencing policies, “facial profiling” of suspected terrorists in airports, “minor” hate crimes affecting housing segregation patterns, and lower court intransigence in the face of recent modestly racially-progressive United States Supreme Court death penalty jurisprudence. The symposium pieces taken as a whole thus seek to turn criminal justice system actors away from the false messiah of racial blindness, much as dissenters ultimately turned Tommy's followers away from their destructively blind leader.

Racial blindness need not necessarily occur at an entirely subconscious level, for there is a spectrum of relative degrees of consciousness. Yet, the assertion that such blindness is in fact chosen may imply mechanisms of self-deception, which also may involve differing degrees of self-awareness. Self-deception is motivated by reduced awareness of truths, the usual motivation being self-interest. Racial disparities create both material and psychological winners and losers. It is too little known that Albert Einstein, of e=mc2 fame, was also a combatant for racial justice. Einstein believed that true human greatness sadly required suffering. Yet, he said, “[i]f the suffering springs from the blindness and dullness of a tradition-bound society, it usually degrades the weak to a state of blind hate, but exalts the strong to a moral superiority and magnanimity which would otherwise be almost beyond the reach of man.” Racial oppression, Einstein maintained, was a quintessential example of such suffering, degrading Blacks for the cause of enhancing White status, smugness, and self-esteem. When some Whites insisted that they bore no racial prejudice but drew their fear and disdain toward Blacks from unpleasant personal experiences with that group, Einstein boldly labeled it the self-deceptive rationalization that it was:

[I] think that there is a certain amount of selfishness in this belief. By that I mean that American ancestors took these black people forcibly from their homes, so that the white man could more easily acquire wealth. By suppressing and exploiting and degrading black people into slavery, the white man was able to have an easier life. I really think that it is from a result of a desire to maintain this condition that modern prejudices stem.

Likewise, Einstein deplored another psychological gambit-a blindness to collective responsibility. In the racial version of this gambit, the White man bemoans racial minorities whining and seeking “handouts.” “I took no part in slavery,” thinks the White man, “so I bear no responsibility for it. Besides, with Jim Crow dead, there are no legal obstacles to success, so its apparent elusiveness must in fact be due to individual racial minorities' personal failings.” Right-wing intellectuals, the “Color-Blind Warriors” of whom I wrote above, take this reasoning a step further. Not only are neither Whites as individuals nor the collective American people, through their government, responsible for the few continuing instances of racial injustice, they also affirmatively owe an obligation to racial minorities to ignore their or anyone else's race. Racial awareness, they maintain, leads only to balkanization, irrationality, and group-think in a society committed to defending the worth and autonomy of the individual. This autonomous individual has no history, no important social relationships, no political commitments, so he is colorless, genderless, unlike any real human being. Race is about skin color, not social status or power, and racism is a personal attitude of aberrant individuals, not an institutional or political problem. Color-blind warriors on the left likewise counsel against race-consciousness, arguing that it merely alienates Whites from progressive causes, downplays the unifying role of class, and promotes destructive identity politics. Although Einstein did not face color-blind arguments in his own time that were crafted in quite this way, he did understand the psychological processes making such arguments appealing. “If an individual commits an injustice, he is harassed by his conscience,” Einstein maintained. “But,” he continued, “nobody is apt to feel responsible for misdeeds of a community, in particular, if they are supported by old traditions. Such is the case with discrimination.” Einstein's solution was to work to educate “all of our people” on the risks to democracy of this denial of collective and institutional responsibility. To do otherwise, he insisted, is to ignore an evil that “so grievously injures the dignity and the repute of our country.”

More purely subconscious forms of racial bias are, however, likely increasingly at work. Many Americans, perhaps most, including many Whites, abhor conscious racism or its legal sanction. Many of these same Americans may even recognize that there are some continuing racial biases wrongly at work and even that they may occur unconsciously or as a result of institutional processes. Yet, when faced with making judgments in particular situations, they fail to see such bias at work in their own hearts. They are selectively blind. Professor Lu-in Wang refers to this state of affairs as “discrimination by default,” that is, by automatic selection. Such discrimination does its work via three largely unconscious processes: situational racism, self-fulfilling stereotypes, and failures of imagination. “Situational racism” involves the increase in racially-biased behavior in “normatively ambiguous” situations, those in which the actor can readily and consciously justify his choices based on reasons other than racial bias. Self-fulfilling stereotypes are habits of thought based on preconceptions, habits that can channel our thoughts and behavior, filter what evidence we perceive, and color how we interpret that evidence-all without our ever being aware that such stereotypes are at work. “Failures of imagination” describe our limited empathy for those on the short end of the stereotyping stick, our weak ability to stand in their shoes, see the world through their eyes, and be open to their points of view. Such failures of imagination lead us to seek stereotype-consistent explanations for the behavior of the oppressed, ignoring or minimizing stereotype-contradicting situational, institutional, or character-based explanations. These mechanisms work so powerfully that even educating the most consciously anti-racist liberal about their existence and operation does little, if anything, to limit their effect or to encourage their bearers to recognize them at work.

Precisely because sub and semi-conscious psychological processes and institutional ones of this sort, combined with the subtle reach of the dead hand of history, are so hard to combat, institutional solutions, simple and clear legal rules, and psychologically-informed legal actors are required to effect change. These characteristics, we will shortly see, well describe the recommendations made by this symposium's authors to lift the racial blindfolds from our criminal justice system's eyes.

Before turning to the task of summarizing how the individual pieces address these questions, one final note on blindsight is required. Sight necessarily has a temporal component. We can lack foresight by failing to see the future consequences of our current actions, distort a clear vision of our past by revising it in hindsight, or miss what is right in front of us this very moment, escaping our “now-sight.” These temporal forms of vision-obstruction will each play a role in many of the pieces to be discussed shortly, as will one final concept: “faux blindness” seeing racial wrongs but pretending not to; there is another word for this state of affairs: lying.

In its focus on the role of the subconscious, the cognitive blinders that help to perpetuate racial bias, and the temporal tactics used to achieve such blindness, this symposium seeks to use one embodied metaphor-that of sight (or its absence)-to urge protection of another sort of body, the body politic, against the ravages of race. In this respect, we hope, this symposium helps to shed new light on a centuries-old American criminal justice problem.