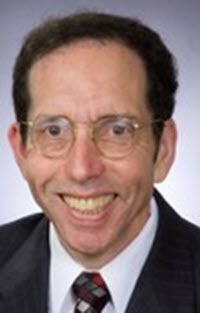 In the final weeks leading up to the 2020 national election, with the presidency up for grabs and many hotly contested races in the Senate and House, scarcely a day seemed to pass without news of a challenge to, or court decision on, a state election law that, though race-neutral on its face, was likely to disproportionately disadvantage racial minorities. Such laws took a variety of different forms, ranging, for example, from a restrictive Alabama voter identification statute to a Florida statute limiting ex-felons' voting rights to an order by Texas's governor allowing only one drop box for absentee ballots per county. Whatever the law's particular form, its challengers commonly maintained that the disproportionate racial impact was a prime, if not exclusive, reason for the law's adoption and that the law should be struck down under the Fourteenth Amendment's Equal Protection Clause on that account. The law's defenders typically countered by denying that the law was designed to achieve a disproportionate racial impact and by claiming instead that it was designed to protect the election from voter fraud.

Sadly, state legislative activities since the 2020 national election have offered little reason to believe that election laws disproportionately disadvantaging racial minorities are apt to become a thing of the past anytime soon. Prompted, no doubt, by Democrat Joe Biden's November 2020 presidential victory and by two Democrats' victories in Georgia's much-anticipated January 2021 runoff elections for two U.S. Senate seats that the Republicans had long held and needed to continue to hold to retain their Senate majority, Republican-dominated legislatures in various states across the country have redoubled their efforts to ensure Republican electoral success by making voting less accessible. By late January 2021--less than a full month into states' 2021 legislative sessions--“state legislators ha[d] filed 106 bills to tighten election rules, generally making it harder to cast a ballot--triple the number at this time last year.” The bills generally replicated, or were modest variations of, the kinds of laws featured in the flurry of election law litigation that preceded the November election.

Anyone with any sense of history could not possibly write off the disproportionate racial impact produced by such laws as simply coincidental. Laws disenfranchising racial minorities have a long and shameful history in the United States. Until the adoption of the Fifteenth Amendment in 1870, state laws denying African Americans the right to vote because of their race were commonplace. Furthermore, although the Amendment's prohibition on laws denying or limiting the right to vote “on account of race, color, or previous condition of servitude” seemed to promise racial minorities voting rights no less meaningful than the voting rights enjoyed by others, nothing of the sort has been realized. Over time, violence and intimidation gave way to subtler means of deterring and suppressing African Americans' vote, but it took the enactment of the Voting Rights Act of 1965 to provide any real semblance of equality in voting rights. Moreover, even with that monumental piece of legislation in place, genuine equality in voting rights has proved elusive. As the U.S. Commission on Civil Rights documented at length in a 2018 report, the number and variety of election laws disproportionately disadvantaging racial minorities have been on the rise for decades, and challenges to those laws on equal protection and other grounds have rarely been successful.

Much of the credit--or, more accurately, blame--for the challengers' distinct lack of success in seeking to invalidate such laws under the Equal Protection Clause goes to an approach to disproportionate racial impact that the U.S. Supreme Court developed in three decisions in the mid-to-late 1970s. Although that approach has implications for many areas of law besides election law, election law may well hold the dubious distinction of being the area of law in which the approach has done the most damage. Not only, as I argue below, has that approach repeatedly led to upholding election laws that deserved to be struck down, but in so doing, it has wreaked havoc in an area of law of the utmost importance. Time and again, the Supreme Court has characterized the right to vote as standing at the apex of individual rights in our constitutional system. In 1886, for example, the Court in Yick Wo v. Hopkins proclaimed that voting is a “fundamental political right” because it is “preservative of all rights,” and almost a century later in Reynolds v. Sims, the Court called the right to vote “the essence of a democratic society.”

I begin in Part I by synthesizing the basic components of the Court's approach to equal protection challenges to laws disproportionately disadvantaging racial minorities. In Part II, I discuss the practical implications of those components in order to establish that the Court's approach assigns little constitutional importance to disproportionate racial impact. I argue in Part III that the Court's assignment of little constitutional importance to disproportionate racial impact is at odds with the most basic understanding of the Fourteenth Amendment's history as well as equal protection theory. In Part IV, I propose an alternative approach, and I apply the approach in Part V to election laws disproportionately disadvantaging racial minorities. I conclude in Part VI with some observations about the immediate and long-term importance of my proposed rethinking of equal protection constraints.

Having urged a more expansive conception of equal protection than the one to which the Supreme Court has adhered since Davis and Arlington Heights, and having then applied that conception to urge the invalidation of the many types of election laws currently in vogue that disproportionately disadvantage racial minorities, I would be remiss not to expressly acknowledge that today's Supreme Court is not exactly the group most likely to embrace what I have had to say. To some extent, I have written this Article with the kind of attitude that I assume the Justices often take when they write a dissenting opinion: Just because a good idea is unable to win majority support on the Court today is no reason not to put it in writing and preserve it for a future (and, hopefully, more discerning!) Court to consider adopting someday.

I have also written this Article, however, with a more immediate object in mind. In the late 1970s, as it was becoming clear that the expansive approach to federal constitutional rights that characterized the Warren Court was fast becoming a thing of the past, Justice Brennan wrote an article on state constitutional law in the Harvard Law Review that became an almost instant classic. A Warren Court stalwart who remained on the Court until 1990, Justice Brennan urged state courts not to “rest when they have afforded their citizens the full protections of the federal Constitution.” “State Constitutions, too,” he reminded them, “are a font of individual liberties, their protections often extending beyond those required by the Supreme Court's interpretation of federal law,” and he insisted that “[t]he legal revolution which has brought federal law to the fore must not be allowed to inhibit the independent protective force of state law.” I have no doubt that if Justice Brennan were alive today, he would repeat his exhortation and turn up the volume.

State constitutions typically include a guarantee of the equal protection of the laws. I can think of few contributions that state courts could make to their state's legal system that would be as meaningful and important as interpreting their state constitution's equal protection guarantee to give disproportionate racial impact the independent importance that it has been denied for far too long.