“Not as a Favor, Not as a Privilege, but as a Right”: Woman Suffragists, Race, Rights, and the Nineteenth Amendment

Excerpted From: Joan Marie Johnson, “Not as a Favor, Not as a Privilege, but as a Right”: Woman Suffragists, Race, Rights, and the Nineteenth Amendment, 42 Western New England Law Review 385 (2020) (57 Footnotes) (Full Document) 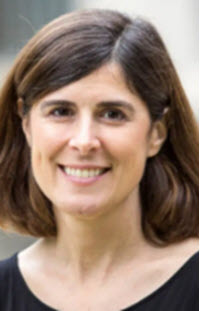 This brief history of the woman suffrage movement shows how various suffragists believed the right to vote for women was a human right that all American citizens should possess, while other suffragists viewed their struggle as one for respect and protection from abusive men. These differences are particularly salient in the fraught role of black woman suffragists, who, while dedicated to the cause, were frequently unwelcome in the white-dominated state and national movements.

In January 1910, white suffragist Alva Belmont met with three black suffragists--Irene Moorman, Sarah Garnet, and Maria Lawton--to discuss forming a black branch of Belmont's suffrage organization. According to a newspaper report, when Belmont was asked if she advocated “social as well as political equality? ... 'It most certainly does.’ she answered decisively.” Just under five years later, Belmont appeared at a conference of southern white suffragists held in Chattanooga, Tennessee. This time, when asked a similar question by the local newspaper, she replied, “Negro women could share the rights of negro men. If they are disfranchised, let women share the same treatment.” In this piece I hope to frame the historical context for our discussion with some background on why women wanted the right to vote-- including Alva Belmont, Irene Moorman, and others--as well as address the fraught role of race and racism within the movement, both the possibilities and the failures. I will share a brief, and thereby necessarily limited, history, which highlights important moments and participants, ranging from the mid-nineteenth century through the final ten-year push that helped propel passage of the Nineteenth Amendment to the uneven aftermath of victory in 1920.

Research by historians, and more recently, attention in the New York Times and other media, has transformed both scholars' and the public's understanding of the history of the woman suffrage movement. The history of that history is part of this dramatic change. We now know how Elizabeth Cady Stanton and Susan B. Anthony largely controlled the narrative through their six volume History of Woman Suffrage. These volumes privileged their roles and downplayed the work of rival leaders, as well as the work of women of color and working-class women (including Socialists).

In the last couple of decades, by rereading the archives and finding new sources, historians tell a much richer story that goes beyond Stanton, Anthony, and the National American Woman Suffrage Association (NAWSA)--and Barbara Berenson, the keynote speaker at this symposium, has done some of this retelling. Our story also follows the money to explain how an infusion of large contributions funded new strategies and tactics; reveals the racism within the movement and the crucial activism of black women and other women of color (though there is far less published work on Latina, Native, and Asian American women); and explores the same-sex relationships that sustained many suffragists. Thus, the passage of the Nineteenth Amendment in 1920 has been refrained as a bittersweet victory, one in which mostly white women were enfranchised, while many women of color were still prevented from registering to vote.

So, as we contemplate nearly one hundred years since the Nineteenth Amendment was ratified, what have we learned that helps us to think about gender, race, and voting rights today?

Therefore, when the amendment passed in 1920, a question emerged that is of central importance to us here today is: Who actually got the vote? Across the South, black women lined up to register, only to be turned away by the same white registrars who disfranchised their fathers and husbands. While thousands succeeded in registering in some cities, including Atlanta, only four out of six hundred black women were allowed to register in Shreveport, Louisiana.

Black women asked white women to stand up for them. When they formed a new interracial coalition in 1920 in the South, as part of the Commission on Interracial Cooperation (CIC), a white woman watered down the black women's statement, including deleting their resolution in favor of suffrage. Outraged, South Carolina clubwoman and suffragist Marion Wilkinson sent the uncensored statement to the white members of the state CIC, “letting them know that it is the expression of the sentiments of the colored women of the South.” Black women ultimately published an edited version that asked white women to “indicate their sanction of the ballot for all citizens ....”

Black women also tried, to no avail, to get the National Woman's Party (NWP), Alice Paul's organization, to support them. In 1921, they appealed to Paul to allow them to address the NWP convention on the subject of black women being denied the right to vote in the southern states. Paul refused; this was a race, not a women's issue, she argued.

For other women of color, a key question in 1920 was whether they were eligible for citizenship and therefore to vote. Many Mexican-Americans living in New Mexico, Texas, and California were citizens, in part due to the treaty that ended the Mexican-American War. For example, Adelina Otero Warren, the first Latina to run for congress in 1922, had headed the New Mexico branch of the NWP.

However, Asian immigrants were subject to naturalization law from 1790, which specified that they were “aliens ineligible to citizenship” because they were not “free white persons.” Mabel Lee, a New York suffragist born in China, advocated for the right to vote because it is “the application of democracy to women.” Despite her activism, she could not register to vote in 1920; historians do not know whether she ever naturalized and voted after 1943 when Chinese Americans were allowed to naturalize. Native Americans did not become citizens until 1924 unless they were part of the allotment process under the Dawes Act, and Puerto Rican women had to fight for the right to vote until 1929 (even then there was a literacy requirement).

And who still needs access to vote now? In the face of increasing voter suppression, especially aimed at black and brown people, we need continued work for voting as a right, not a privilege, as a matter of justice, as Lottie Rollin said, “[a]s a right based on the grounds that we are human beings, and as such entitled to all human rights.”

Joan Marie Johnson, PhD, is the author of Funding Feminism: Monied Women, Philanthropy, and the Women's Movement, 1870-1967, and has published extensively on women's and gender history, race, education, social reform, and philanthropy.