Whatever Happened to the Voting Rights Act? Or, Restoring the White Privilege 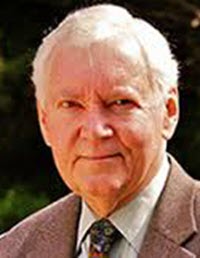 The Voting Rights Act of 1965, widely acknowledged as one of the most important civil rights statutes in American history, has thus far done what the first Reconstruction failed to do. It broke the stranglehold of white-only politics in the South and provided blacks a realistic opportunity to register to vote and elect candidates of their choice to office. On the eve of the act's passage there were fewer than a hundred black elected officials in the entire eleven states of the Old Confederacy. By January 1993 the number had grown to 4,924.

Congress, as part of the modern civil rights movement, enacted laws in 1957, 1960, and 1964 prohibiting, among other things, discrimination in registering and voting. The 1957 act, the first civil rights legislation since 1875, created the Civil Rights Commission and authorized the Attorney General to seek injunctions against public and private discrimination in voting. The 1960 act gave federal referees power to investigate discrimination in voting and to register qualified voters. The Civil Rights Act of 1964, which also prohibited discrimination in public accommodations, employment, and federally assisted programs, provided that black registration be based upon the same standards as had traditionally been applied to whites.

The new voting rights laws, however, proved ineffective mainly because they depended upon time consuming litigation for enforcement which gave the advantages of inertia and delay to those who were practicing discrimination. The first lawsuit *208 brought by the Attorney General under the 1957 law, United States v. Raines, was a good example of the problem. The litigation challenged registration procedures in Terrell County, Georgia, which was 64% black, but where only 48 blacks-compared to 2,810 whites-were registered. The causes of the disparity were simple: whites were given white application forms and blacks were given green application forms. The white forms were processed and the green ones were not. The district court initially dismissed the complaint on the grounds that the 1957 law was an unconstitutional exercise of congressional power. The Supreme Court reversed, and the district court eventually entered an order enjoining the county from applying different standards to black registrants than to whites; but by 1960, after several years of litigation, only six blacks had been added to the voter lists in Terrell County.

Even after the federal court issued its order there was continuing opposition to black voter registration in Terrell County. In 1962 the sheriff locked up two civil rights workers engaged in voter registration on trumped-up charges of vagrancy. The following year in nearby Sumter County, which was 44% black but where only 8.2% of the black voting age population was registered, four civil rights workers were also arrested because of their voter registration activity, except that they were charged with insurrection, at that time a capital offense in Georgia. A federal court eventually declared the insurrection statute unconstitutional, ordered the defendants admitted to bail, and enjoined their prosecutions.

The Attorney General of the United States testified before Congress when it was considering new voting rights legislation in 1965 that in Selma, Alabama, after four years of litigation, only 383 out of 15,000 age-eligible blacks were actually registered to vote. Registration under the existing statutes was measured, he said, “not in terms of months, but in terms of years.”

The states could also evade the federal civil right acts simply by enacting new, and discriminatory, laws of their own. The same year Congress passed the 1957 act, the general assembly of Georgia adopted a resolution calling for the repeal of the Fourteenth and Fifteenth Amendments as “malignant acts of arbitrary power.” The next year the legislature, making clear its disdain for black voting rights and the new federal laws, *209 enacted a new thirty question test for the registration of voters that was even more stringent than the preexisting test. Among the questions asked were: What is a republican form of government? What does the Constitution of the United States provide regarding the suspension of the privilege of the writ of habeas corpus? The new questions were difficult for even the best educated person to answer. They were an insurmountable barrier to illiterate or poorly educated blacks, particularly since the tests were administered by unsympathetic, if not hostile, whites.

The antipathy of many whites to voting by blacks was evident from public reaction to a 1963 proposal by the legislature's Election Law Study Committee that Georgia's literacy and understanding tests be abolished in favor of a prohibition on all assistance to voters, except for those who were physically disabled. The prohibition would have made the ballot itself a literacy test, and was touted by the committee as a way of reducing the state's vulnerability to the new federal voting rights laws. The Mayor of Montezuma, in a letter to the committee, exploded that he was “really dumbfounded at the proposals.” “Lord knows what would happen,” he said, “if we turned the general rabble of their race loose at the polls. I have one very strong belief and that is they would takeover [sic] Macon County and run it according to their own beliefs and consciencies.”

The clerk of court of Sumter County complained to Secretary of State Ben Fortson, who was a member of the Election Law Study Committee, that “if we have people in this state who are willing to open the polls to everyone then we are in perfect accord with the scalawag element of this nation which is led by Kennedy and his Harvard advisers.” A Lincoln County commissioner advised the committee that “I'm sure you would find 95% of the white voters of Georgia against your proposal for voter qualification.” The owner of a Columbus radio station wrote the committee that “I haven't talked to a single person who isn't dead set against changing our registration regulations.” Bowing to public pressure, the committee withdrew its recommendation to replace the literacy and understanding tests.

Mississippi took a different tack from Georgia. In 1960 it repealed its law requiring that voter application forms be *210 retained as permanent public records, making it difficult, if not impossible, for the Attorney General to enforce the federal voting rights statutes. As the Court concluded in South Carolina v. Katzenbach, “these new [federal] laws have done little to cure the problem of voting discrimination.”

The courts also occasionally invalidated discriminatory voting practices, for example, the grandfather clause in 1915 and the white primary in 1944, but they had relatively little impact on registration or black office holding. As with the new federal civil rights laws, the states were equally adept at contriving new rules to continue voting discrimination despite adverse court decrees.

On the eve of passage of the 1965 act, cumbersome and discriminatory systems of voter registration remained essentially intact throughout the South and significantly depressed black registration and political influence. Mississippi was the most successful in limiting black registration, with only 6.4% of eligible blacks on the voter lists. Alabama was next with 19.4%, followed by Georgia with 27.4% The low levels of registration, coupled with widespread use of at-large elections, malapportionment, and “enhancing” devices such as numbered post, majority vote, and staggered term requirements, insured that whites effectively controlled the outcome of virtually all elections.

Before the millennium census forces another round of redistricting, the Supreme Court should reconsider its unfortunate and misguided Shaw line of cases. They have created subjective and unworkable standards. Legislators no longer know the extent to which race can or should be taken into account in drawing district lines, the result of which has been to draw the federal courts increasingly, and unnecessarily, into the redistricting process. The Court has created rules that give political preferences to whites and shackle racial minorities with special disadvantages in redistricting. That this should be done in the name of the Fourteenth Amendment is one of the great ironies of the Court's modern redistricting jurisprudence.

States may legitimately consider race in redistricting for a variety of reasons-to overcome the effects of prior and continuing discrimination, to comply with the Fourteenth Amendment and the Voting Rights Act, or simply to recognize communities that have a particular racial or ethnic makeup to account for their common, shared interests. Only when the consideration of race causes harm, such as the denial or abridgment of the right to vote or participate equally in the electoral process, should there be a warrant, and a duty, for federal judicial intrusion.