Welcome to the Maze: Race, Justice, and Jurisdiction in Mcgirt V. Oklahoma 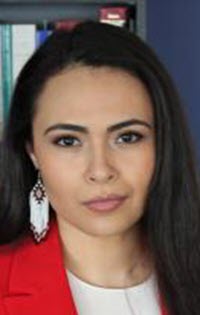 McGirt was a case, like many before it, about whether an Indian tribe could count on the law: whether a promise is a promise and whether the word of Congress or the courts should be as reliable and valuable to American Indians tribes as it is to any other American citizen or government. Justice Gorsuch's bold proclamation at the outset of the opinion that the Court would “hold the government to its word” seems to be a direct response to Justice Hugo Black's famous dissent from sixty years prior: “I regret that this Court is to be the governmental agency that breaks faith with this dependent people. Great nations, like great men, should keep their word.”

The law was clear: the Muscogee (Creek) Nation should win in McGirt because its reservation boundaries had never been clearly disestablished by Congress. McGirt was nearly indistinguishable from the recent unanimous decision in Nebraska v. Parker, in which Justice Clarence Thomas wrote that nothing short of a “clear textual signal” could support diminishment.

Yet before the decision, Indian law experts, practitioners, and many American Indian people remained skeptical. Tribes have been “supposed” to win before. But doctrines always seem to change just in time for Indians to lose. Especially when there are large non-Indian interests at stake--as there were in McGirt. As fellow Indian law scholar Professor Gregory Ablavsky described: the real issue in McGirt was that Nebraska merely decided the fate of little Pender, Nebraska, and “Tulsa is not Pender.”

It is not an accident that non-Indian interests tend to determine outcomes in Indian law. It points to a clear pattern in Indian law doctrine: the Supreme Court frets over the fate of non-Indians' rights and property, while tribes are denied the consistent protection of American law. And so McGirt staked out what kind of “justice” the Indian tribes could expect from this new Supreme Court.

The dissenting justices favored reviving an older approach in diminishment cases, which placed significantly more weight on subsequent behavior, including demographic change to a reservation, as proof of its disestablishment. Or as the dissent, quoting Solem v. Bartlett, describes this test, diminishment should turn on the “Indian character” of the land. There is no analogous concept for evaluating the “character” of any other sovereign's land. Indeed, it is impossible to imagine one. When American citizens move into the territory of American states, or counties, for example, their citizenship base just expands. Migration is not usually evidence of a government's dissipation, it is usually evidence of its expansion.

But American Indian tribes have not been treated like governments should. Tribes lose because they are the Indian sovereigns. A racialized and often grotesque body of law has long controlled the determination of tribal sovereigns' rights and powers. The story of tribes going to the Court often involves them acting like any other government, and being told they can't do that because they are Indians. Take, for example, United States v. Rogers, where Supreme Court denied tribes the right to freely naturalize citizens because of the racialized lens it saw them with. No matter what the tribe says, “white men” could not, according to the Court, be “adopted” by a tribe and “become an Indian.” Nor do tribes enjoy the simple power to enforce their laws on all the persons who freely enter their territory. In Oliphant v. Suquamish Indian Tribe, the Court held that “[b]y submitting to the overriding sovereignty of the United States, Indian tribes therefore necessarily give up their power to try non-Indian citizens of the United States....” A clear double standard with the States, but tribes aren't states, they are Indians and the Court sees their sovereignty as fundamentally limited by their race. The Oliphant court says non-Indians, instead of non-tribal-members or non-tribal-citizens in this passage, because it sees tribal government sovereignty as tied to--and limited by--its racial status as an “Indian” tribe.

The dissenting justices are correct that the “Indian character” doctrine played a larger role in earlier cases before Justice Thomas's 2016 opinion in Nebraska v. Parker, where the Court began emphasizing the law's text takes priority. But, as Justice Gorsuch explained in McGirt, there are good reasons why this “Indian character” test should be set aside, and why it is something we should be ashamed was ever law:

[J]ust imagine what it would mean to indulge that path. A State exercises jurisdiction over Native Americans with such persistence that the practice seems normal. Indian landowners lose their titles by fraud or otherwise in sufficient volume that no one remembers whose land it once was. All this continues for long enough that a reservation that was once beyond doubt becomes questionable, and then even farfetched. Sprinkle in a few predictions here, some contestable commentary there, and the job is done, a reservation is disestablished. None of these moves would be permitted in any other area of statutory interpretation, and there is no reason why they should be permitted here. That would be the rule of the strong, not the rule of law. That the Court rejected the “Indian character” test was incredible. That it also explained what that test did to take subsequent violations of tribal rights and, in fact, retroactively read them into the law, was powerful. That it called this doctrine little more than a double standard whereby tribes alone were forced to accept “might making right” was justice.

Such justice and a nod to how the Court's own doctrine mistreated Indian tribes is completely new to Indian tribes. So new and foreign that it was, and still is, confusing.

Far from expecting to be treated fairly and with dignity, Indian tribes have come to expect the opposite from their nation's highest court. Previous Supreme Court opinions have made clear that tribal sovereignty has been eroded and tribal governments have been denied the consistent protection of American law partially because they were judged as “the other” or otherwise unworthy to survive as robust contemporary governments in the United States. Indian law opinions are filled with the rhetoric of savagery and discussion of how the uncivilized status of tribal governments warranted a lower status within the United States.

These opinions are not mere rhetoric or the relics of times long past. These legal justifications for the erosion of tribal sovereignty are recent memories and still good law. They haunt those of us whom they are about. In United States v. Sandoval, the Supreme Court granted my great-grandparents and our tribe “Indian” status because it judged them to be sufficiently uncivilized: “[C]hiefly governed according to the crude customs inherited from their ancestors, they are essentially a simple, uninformed, and inferior people.” Also maddening is how much of what the Court has said about tribes as it strips their powers is demonstrably false. The Oliphant Court justified stripping tribal courts of criminal jurisdiction over non-Indians in part because their inherent inability to prosecute non-Indians would be “obvious a century ago when most Indian tribes were characterized by a 'want of fixed laws [and] of competent tribunals of justice.”’ However, if you read the 1834 Congressional Report cited for this point, it says quite the opposite, on the very same page cited by the Court:

The right of self-government is secured to each tribe, with jurisdiction over all persons and property within its limits, subject to certain exceptions, founded on principles some-what analogous to the international laws among civilized nations. Officers, and persons in the service of the United States, and persons required to reside in Indian country by treaty stipulations, must necessarily be placed under the protection, and subject to the laws of the United States.... As to those persons not required to reside in the Indian country, who voluntarily go there to reside, they must be considered as voluntarily submitting themselves to the laws of the tribes. H.R. Rep. No. 23-474, at 18H.R. Rep. No. 23-474, at 18 (1834). If anything is obvious, it is that the Court has a history of eroding tribal sovereignty based upon concerns about non-Indian interests and convenient fictions about history and about Indians.

In its briefing before the Court, the state of Oklahoma wanted to take advantage of this dynamic, saying that a decision in favor of the tribe would be a “seismic” change to civil and criminal law in the state that would “plunge eastern Oklahoma into civil, criminal, and regulatory turmoil.” It is tried and true fearmongering to suggest that the sky would fall and there would be complete lawlessness for non-Indians under tribal rule or reservation status. At some points, it seemed like the fearmongering might have worked. At the first oral argument, Justice Stephen Breyer asked about what would happen to “1.8 million people” who had built their lives on everything down to “dog-related law.” To Indian law experts the question was absurd. Under Montana v. United States, the tribes may regulate non-member conduct on reservation land if the conduct stems from a “consensual relationship[ ] with the tribe or its members” or directly affects “the political integrity, the economic security, or the health or welfare of the tribe.” Especially given how narrowly the Court has subsequently interpreted the Montana test, I cannot think of a factual scenario under which a tribe could justify regulating dog-law as a threat to its political integrity, economic security, or health and welfare that doesn't sound like the plot of a science fiction film where dogs become super-spies trained to infiltrate Tribal Council meetings. That the Court, for once, didn't take the bait was refreshing.

The resounding cry of joy that went up throughout Indian Country was because it still feels so improbable that tribal governments can win simply by relying on the word of the United States--whether the promises of a judicial doctrine, those within a treaty, or both. After all this time, to simply be sovereigns and people who are treated not as threatening, inferior, or standing in the way of “real” American interests, but simply American citizens with a viable claim that is worth something in a court of law, is a moment worth celebrating.

Time will tell whether the Supreme Court can maintain the new and confusing faith in the law that it has momentarily earned from its American Indian people.

Elizabeth Reese (Yunpoví) is a Bigelow Fellow & Lecturer in Law at the University of Chicago Law School. Relevant to this piece, she spent a year at the National Congress of American Indians serving as the Department of Justice’s technical assistance provider to tribal governments as they implemented expanded criminal jurisdiction under VAWA 2013. She is tribally enrolled at the Pueblo of Nambé