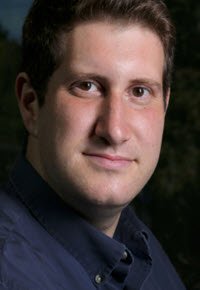 The status of Native nations under federal law, the Supreme Court has repeatedly stated, is unique. “The condition of the Indians in relation to the United States is perhaps unlike that of any other two people in existence,” Chief Justice Marshall announced in Cherokee Nation v. Georgia; it was “marked by peculiar and cardinal distinctions which exist nowhere else.” Fifty years later, Justice Miller reiterated Marshall's point: “The relation of the Indian tribes living within the borders of the United States ... to the people of the United States, has always been an anomalous one, and of complex character.” Anomalous compared to what? Marshall's statements came in a paragraph that sought to explain why the “term foreign nation,” which, Marshall noted, might ordinarily be thought to apply to tribes, did not. Similarly, Justice Miller's assertion came as he attempted to puzzle through Native nations' “difficult to define” position within Anglo-American jurisprudence.“They were, and always have been, regarded as having a semi-independent position when they preserved their tribal relations; not as States, not as nations, not as possessed of the full attributes of sovereignty, but as a separate people.” As these quotes suggest, the status of Native nations within federal law has almost always been defined with reference to other sovereigns. In this Article, I explore the comparisons between “Indian tribes” and the other sovereigns mentioned in the U.S. Constitution: foreign nations, states, and the U.S. territories. In each instance, I examine the analogies' function in the historical growth and development of federal Indian law as well as in current jurisprudence.

This exploration reveals that tribes were not as anomalous as the Court has suggested. Even while the Court proclaimed the tribes' uniqueness, it readily applied doctrines developed in the context of foreign nations, states, and U.S. territories to Native nations straight up, ignoring the differences between the situation of tribes and other sovereigns. The Court continues to engage in this practice in the present. Yet these invocations of other sovereigns have usually served a particular purpose: either to cabin the scope of tribal authority or to aggrandize federal power. It is only when doctrines derived from other sovereigns might benefit tribes--might suggest a broader scope for tribal authority or capacity--that tribes become exceptional and anomalous. In these instances, as Marshall and Miller's quotes demonstrate, tribes become defined by what they are not--their differences from other sovereigns now serve to justify diminishing tribal authority. Rhetoric about tribes' uniqueness, in other words, has provided a powerful and ongoing ideological tool in constructing U.S. colonialism over Native peoples. This narrative about what tribes lack when compared to other sovereigns--full sovereignty, territorial control, open citizenship, constitutional status--has become a constant, and pernicious, trope within the discourse of Indian law.

Anomaly and exception presume the existence of some "normal" order. Yet, as the dissent in Sanchez Valle sought to underscore, sovereigns are not naturally occurring, notwithstanding widespread efforts to naturalize their authority. Nation-states, as a wealth of historical scholarship has demonstrated, were a highly artificial, self-consciously constructed model for political organization. As for federalism, its status as an invented ideology is not only acknowledged but celebrated in American civic and constitutional culture. Native nations are no different; though rooted in deep indigenous ties between peoples and lands, they too grew, developed, and became nations through self-conscious creation and change. All these sovereigns--nation, state, and tribe--appear in the Constitution's text, yet in none of these cases did the sparse language dictate something as complicated as a fully elaborated constitutional structure. Justices Kennedy and Thomas seem to measure constitutionality based on the number and specificity of a concept's appearance in the constitutional text (a test that would render slavery three times more constitutional than, say, freedom of speech or equal protection). Yet the constitutional text was merely the start for centuries of dialogue, contestation, and experimentation over sovereignty that the Court shorthands as "history and structure." As this Article has underscored, from the nation's very foundation, this history has involved all three sovereigns.

Acknowledging this shared history of construction suggests that none of these sovereigns has a greater claim to normative status than any other. To be sure, power and authority are arrayed unequally among them, producing conflict. In this context, analogies and comparisons among sovereigns are not only unavoidable, but useful. But the language of exception and anomaly does more: it smuggles in ideas about legitimacy. Little surprise, then, that one of the primary uses of such comparisons in Indian law has been to construct narratives about tribal shortcomings. In this sense, older ideas about the hierarchy of peoples and civilizations, the intellectual core of imperialism, never vanished; they were just laundered through the purportedly neutral language of modern jurisprudence.