Mcgirt and Tribal Sovereignty: Putting Jurisdictional Power Back in the Hands of Indigenous Peoples

Excerpted From: P. Carter Farrell, Mcgirt and Tribal Sovereignty: Putting Jurisdictional Power Back in the Hands of Indigenous Peoples, 11 Wake Forest Journal of Law and Policy 737 (May, 2021) (150 Footnotes) (Full Document) 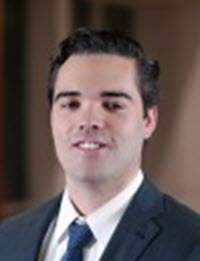 Amidst a tumultuous year that has seen the likes of a global pandemic, civil unrest in the United States, and countless other notable events, a marginalized group scored a quiet victory unnoticed by many. In fact, this victory was arguably not even the most publicized event of the year surrounding Indigenous Peoples as the Washington Football Team retired their old Redskins name and logo. The Supreme Court's decision in McGirt v. Oklahoma could lead nearly half of the state of Oklahoma to be classified as Indigenous land and change the way federal jurisdiction operates in the United States. This Note will focus on the wide-ranging implications of this decision and its impact on Indigenous Peoples. While the McGirt decision has largely been hailed as a historic win in the long Indigenous struggle for justice, others see problems that may exist with this newfound autonomy.

Part I of this Note briefly outlines the history of how the Indigenous tribes ended up in Oklahoma. This Part also includes some of the laws passed during this resettlement era, most notably, the Major Crimes Act. Part II introduces McGirt v. Oklahoma and predecessor case Sharp v. Murphy, which shapes this monumental decision. Part III analyzes the impact of McGirt, examining both its strengths and weaknesses and also dispelling some misconceptions about the decision. Part IV advocates that crimes committed by any individual on reservation land should be left in the hands of tribal jurisdiction. The current jurisdictional scheme for the governing authority of Indigenous Peoples is complicated and does not fully serve to benefit them.

McGirt was a major victory for Indigenous rights, as it helps restore the rights of Indigenous Peoples that have been taken away through treaties and other disputes since the Trail of Tears. The decision not only helps Indigenous Peoples reduce and prosecute crime on their land, but also “will ... enhance the [Creek] Nation's ability to offer robust governmental programs and services throughout the Reservation.” Indigenous Peoples, particularly Indigenous women, have constantly been plagued by some of the highest crime rates in the United States. McGirt allows Indigenous Peoples to regain tribal sovereignty and administer justice for crimes committed on its land.

McGirt was a step in the right direction for restoring tribal sovereignty, but the jurisdictional confusion still remains. Indigenous Peoples have, for the most part, received the short end of the stick in Supreme Court jurisprudence. Since the Trail of Tears, Indigenous Peoples have continuously had their rights stripped away. Cases like Montana v. United States have even eliminated Indigenous Peoples' rights to regulate non-Indigenous affairs on reservation land owned by nonmembers of the Tribe. McGirt does not solve every issue as each Indigenous tribe is sovereign and a one-size-fits-all solution is likely not feasible. Flexibility also must be key as the needs, sizes, and priorities of individual tribes can rapidly change. What McGirt hopefully leads to is greater cooperation between states and tribes. In a joint statement after McGirt, the state of Oklahoma and five First Nation tribes recognized that the decision set the framework for a shared jurisdiction that will preserve the sovereign interests of all parties. This is the message that needs to be further instilled. McGirt is a great step forward, but the jurisdictional scheme remains confusing and still does not alleviate the issues of high crime that occur on reservations around the country. Indigenous Peoples have lost rights, and the current court system does little to allow them autonomy in their affairs. The best way to create this autonomy would be to help restore those rights by expanding tribal sovereignty.

Carter Farrell is a 2021 J.D./M.B.A. graduate from Wake Forest University.