It's None of Your Business: State Regulation of Tribal Businesses Undermines Sovereignty and Justice 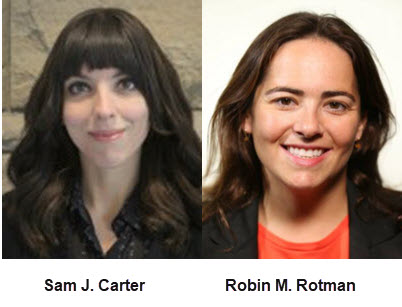 The heightened discourse of late regarding decolonization and reconciliation with Native Americans has done little to fix the persistent problem of state overreach into tribal lands and businesses. In an era of global and online commerce, states have increasingly attempted to assert regulatory and tax jurisdiction over tribal businesses. In some recent cases, federal courts have upheld principles of self-determination and tribal autonomy. In others, they have allowed states to impose settler norms and values on tribal businesses, impeding economic development, interfering with cultural practices, and undermining sovereignty.

The federal government has long recognized that Native American tribal governments have authority over their members, their lands, and, in certain instances, non-tribal members who enter their lands. However, the federal government has not always acted in accordance with this legal reality. Native American tribes' inherent sovereignty has been confirmed through their status as domestic dependent nations in the U.S. Constitution, two centuries of U.S. Supreme Court rulings, treaties between the federal government and tribes, and generations of customary practices between tribes and their neighbors. As sovereign, domestic dependent nations, the tribes have rights to self-governance, to manage tribal lands, to own and operate tribal businesses, and to regulate non-tribal individuals and businesses operating on their lands.

The status of a sovereign, domestic dependent nation is a unique one, and the relationship between tribes, states, and the federal government is complicated. This is progressively true as tribes increase their participation in the national and international marketplaces. As evidenced by the COVID-19 pandemic, national, state, tribal, and local economies are interconnected by national supply chains. It is well-settled that states cannot regulate business activities occurring on Indian reservations. However, this notion has become markedly more complex as more elements of tribal businesses must occur off-reservation. That leaves us to wonder, what does “on-reservation” really mean in an era of expanded national and online commerce? And is the notion that Indian commerce is under the exclusive jurisdiction of tribal governments and the federal government still being upheld if there is space for state integration and interference?

Economic development is a critical issue in Indian Country. From a strictly fiscal perspective, American Indians are both the most impoverished race group in the United States and the least likely to be business owners. Historically, federal policies of dealing with tribes and tribal businesses have reflected capitalist values, which may conflict with tribal cultural practices and norms. Although treaties between tribes and the federal government promised to honor tribal rights to self-determination, the contemporary reality is that many tribal businesses must operate within a capitalist framework.

The effects of these policies and pressures affect many facets of tribal business operation today. For example, the remote locations and fragmentation of many Indian reservations, far from potential customers and suppliers, has added to the difficulty of establishing successful tribal businesses. Even though some reservations are rich in natural resources, outside investors are often reluctant to partner with tribal businesses to develop these resources, because they are often reluctant to submit themselves to tribal laws and regulations, and to the jurisdiction of tribal court systems. Even when tribes agree to resolve disputes in state or federal courts, tribal sovereign immunity can raise concerns for business counterparties.

There are examples of profitable brick-and-mortar tribal businesses operating on Indian reservations in sectors ranging from gaming operations to convenience stores to renewable energy generators. Tribes are also increasingly seeking to develop online businesses to reach a wider customer base. Online enterprises, primarily in the financial services sector, have helped tribes generate significant revenues to fund tribal services and provide employment opportunities for their members. Yet some Native Americans have observed that these business ventures do not comport with their tribal values and may expose their tribe to predatory schemes from outside actors.

Commensurate with growth of tribal businesses that have an online or off-reservation component are state attempts to assert regulatory and tax jurisdiction over these businesses. Some recent federal cases have rejected state attempts to regulate tribal businesses, whereas others have legitimized them. Treaty interpretation has been at the core of these recent legal decisions. Treaties are not merely reminders of the past. They are contracts that are legally binding in the present day. These bilateral agreements shaped the formation of the United States, and they continue to dictate how land, natural resources, and other rights are to be effectuated within the context of a nation-to-nation paradigm.

In entering treaties with American Indian tribes, the federal government recognized the inherent sovereignty of tribal nations. We are troubled by ongoing attempts by state governments to infringe the rights of these separate sovereigns, and by the federal government's lackluster efforts to uphold its end of the bargain--a bargain that it made on our behalf. When the federal government allows the constitutional rights of any group of Americans to be systematically disregarded by state governments, or otherwise, this poses a threat to all Americans, not just those who are directly impacted. In this Article, we advocate for the restoration of rule of law in the form of honoring treaty commitments and constitutional rights.

This Article argues that the federal government's plenary power over Indian affairs precludes state attempts to assert regulatory and tax jurisdiction over tribal businesses. The United States has a duty, under the Constitution and treaties entered with Indian tribes, to guard against this overreach. Part II begins by examining the legal foundations of federal, tribal, and state relations. Part III then examines recent cases across four business sectors--gaming, tobacco, petroleum, and online lending--to illustrate the pervasive jurisdictional challenges faced by courts in cases involving tribal businesses. Part IV offers three recommendations on how the federal government can uphold its constitutional and contractual duty to tribes. First, this Article argues that the proper first forum for resolving disputes involving tribal businesses or conflicts regarding tribal and state jurisdiction is the tribal court system; federal and state courts should be prepared to consider this issue sua sponte if it is not raised by the parties. Second, this Article calls for the enactment of law that would require periodic systematic audits of federal compliance with the terms of Indian treaties, including the federal government's activities and the federal government's obligation to prevent state interference with tribes' treaty-protected rights. Finally, in light of recent legislative proposals and executive actions, this Article asserts that removing barriers to Indian participation in the political process at all levels will support economic development and self-determination in Indian Country. This Article concludes that all Americans--indigenous or not--have a stake in seeing the federal government uphold its constitutional and treaty-bound obligations to American Indian tribes, and that, as tribes increasingly enter the national and global marketplace, the time to act is now.

Tribal businesses and the markets they serve have evolved over time, but their unique status as tribal entities remains. In an era of global and online commerce, states have increasingly attempted to assert regulatory and tax jurisdiction over tribal businesses. The federal government has, for the most part, sat idly by and allowed this abdication of its exclusive constitutional authority over Indian commerce. In this article, we discussed four industries-- gaming, tobacco, petroleum, and online lending--to demonstrate the need for the federal government to live up to the promises it made in Indian treaties and to act in accordance with the principles of sovereignty and self-determination.

We recognize that tribal scholars and attorneys are more than capable of advocating for themselves, and that indigenous individuals have unique insights that are linked to indigenous identity and relationality. Rather, as non-tribal members who strive to be allies of our Native colleagues, we seek to call attention to the continual overreach of state regulation over tribal businesses and to show that the federal government is not living up to its constitutional and treaty-bound obligations. To this end, we offered three recommendations in this Article. First, we argued that tribal courts are the proper forum to first consider disputes in which tribal businesses are parties or which address questions of state jurisdiction over tribal businesses. If the issue of tribal court exhaustion is not raised by the parties, state courts should consider raising it sua sponte. Second, we called for an independent office within the federal government to perform periodic, comprehensive audits of the federal government's compliance with American Indian treaties. Finally, in light of the current national discourse regarding voting rights, we contended that increasing access to the polls for Native Americans is an important step to promoting tribal sovereignty and economic development.

Sam J. Carter is a graduate student at the University of Missouri.

Robin M. Rotman, JD, is an Assistant Professor of Energy and Environmental Law and Policy at the University of Missouri.