Racial Anxieties in Adoption: Reflections on Adoptive Couple, White Parenthood, and Constitutional Challenges to the ICWA 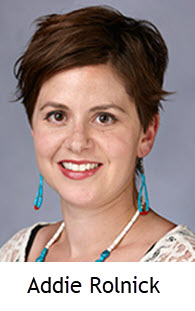 The Indian Child Welfare Act (ICWA) is under fire; challengers argue that it interferes with adoptions and violates the Constitution by doing so. The current crop of lawsuits is an outgrowth of a 2012 case in which the Supreme Court heard its second-ever challenge to the law. While the Court sidestepped the most far-reaching anti-ICWA arguments, the majority opinion evidenced a deep skepticism about the law. This skepticism led the Court to narrow the law's application so that it didn't cover the family involved, and the decision seemed to invite further challenges to the law.

In the case, an unmarried father sought to stop his ex-fiancée from terminating his parental rights and allowing their daughter to be adopted by an educated, middle class, white couple. The father argued that the law applied to his situation because he is an enrolled member of the Cherokee Nation. A cursory reading of the law's text suggests that he is correct. If applied, it would have required adherence to stricter procedural requirements than state law would have imposed before the adoption could be finalized. 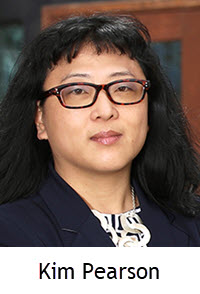 Under the ICWA, a parent's rights cannot be involuntarily terminated in the absence of notice to the parents and the tribe, appointed counsel, a showing that active efforts were made to prevent the breakup of an Indian family, and a finding that continued custody by the parent will harm the child. The father in this case wanted custody of his daughter, and there was no suggestion made at any time that he caused her harm. Application of the ICWA would not have prohibited the adoption outright, but the presence of a stable and loving birth parent who wanted to keep his child would have prevented her adoption under the law. This outcome makes sense. In the absence of harm, prospective adoptive parents are not typically permitted to keep a child, even one they love and have cared for, over the objections of one of her birth parents. And yet, if the father were not an Indian, state law would have allowed his daughter to be given to another family despite his presence and over his objections. Because the Court determined that the ICWA didn't apply, this is precisely what happened in the case.

Why didn't the Court apply the ICWA? One answer is that the Court did not seem to believe or value the fact that the father and daughter are Cherokee Indians. Resisting the idea that their Cherokee status should matter in an adoption decision, it found a way not to apply the law that made it matter. In her article “In the Name of the Child: Race, Gender, and Economics in Adoptive Couple v. Baby Girl,” Bethany R. Berger deftly deconstructs the arguments, the majority opinion, and the back stories of the attorneys and the Justices to reveal the way that anxieties about race and adherence to the modern version of colorblindness led the Court to “do violence” to the law's text. These racial anxieties ran deep. The very first sentence of Justice Alito's opinion describes the baby as “1.2% (3/256) Cherokee.” By framing the baby's connection to the Cherokee Nation only in terms of fractional ancestry, Justice Alito revealed the Court's fundamental investment in the idea that race (defined by the Court as equivalent to ancestry) is insignificant to identity. As Justice Roberts asked during oral argument, is it “one drop of blood that triggers all these extraordinary rights?”

The best (and most often given) response to this is that Indianness is not race. That is, it's not reducible to a biological classification. Professor Berger makes this point eloquently, pointing out that that the ICWA should have applied because of the child's eligibility for citizenship (and the father's citizenship) in the Cherokee Nation. Her “quantum of Cherokee blood was irrelevant to her citizenship,” and so, contrary to the Court's repeated insistence, her fractional ancestry “was not the reason her father had rights to object to her adoption.” Indian tribes have a different relationship with the federal government than any other group, a relationship based largely on treaties and recognition of nationhood. They are recognized as governments and their courts generally exercise jurisdiction over family and child welfare matters involving their children. That is why the baby's Cherokee-ness mattered in a way that her Hispanic-ness (on her mother's side) did not.

While correct, this response has not placated critics. After the decision, the Department of the Interior issued new guidelines in 2015 intended to strengthen the force of the ICWA in state courts. Two new lawsuits were immediately filed challenging the constitutionality of the ICWA and the guidelines. A third was filed on the eve of this Article's completion. Where the opinion in Adoptive Couple raised questions about Indianness, race, and adoption but decided the case on statutory grounds, these lawsuits directly attack the ICWA as an unconstitutional race-based law.

We agree that the Court improperly inserted a discussion of race into its consideration of an Indian statute, but the subsequent suits illustrate the folly in dismissing the Court's racial anxieties too quickly. In this Article, we seek to engage the Court's fears directly. For, although Indians are not identically situated to other racial minority groups, the harm that the ICWA was designed to counteract was a racial harm in the sense that the work of severing Native children from tribal communities was part of an effort to eradicate those communities (defined by law and social practice as racially inferior) by absorbing them via interracial marriage and cultural reprogramming. As Professor Berger explains, the practice of removing Indian children from their communities was directly linked to both the racialization of Indians and colonial efforts to acquire indigenous land and dominate indigenous peoples. The ICWA is a legal intervention intended to counteract this process. While it is not a race-based statute, it seems that the Court's skepticism of such an intervention was race-based, and the new lawsuits seek to mine this skepticism. It is this fear that we hope to interrogate: What is so terrifying about a law that strongly protects minority families, works to ensure that minority children remain in their communities, and recognizes the rights of communities to control decisions regarding the placement of their children?

In spite of the unique legal status of tribal communities and the presence of a law mandating recognition of that status in child welfare and adoption context, some members of the Court in Adoptive Couple seemed ready to dismantle, or at least significantly limit the reach of, the ICWA because of a concern that it places too much emphasis on a child's ancestry. As Professor Berger's analysis of the case demonstrates, dismissing or failing to talk about the role of race in adoption is not enough to assuage the Court's fears, and it leaves the field open to opponents of tribal sovereignty.

In this sense, the recent lawsuits challenging the ICWA are natural heirs to Adoptive Couple. The first is an action on behalf of two adoption organizations, one child in foster care, and the birth parents of another child. One of the attorneys listed on the complaint is Lori Alvino McGill, who represented Maldonado in the Baby Girl case. The second suit is a class action organized by the Goldwater Institute on behalf of two named Indian children in foster care in Arizona, their prospective non-Indian adoptive parents, and “all off-reservation children with Indian ancestry in the State of Arizona.” The third is an action by non-Indian foster parents seeking to adopt an Indian foster child who was placed with them. Other lawsuits challenge the constitutionality of various state laws that parallel the ICWA: two suits by biological parents of Indian children who want to place their children with non-Indian parents through private adoption agencies and a third suit by non-Indian foster parents seeking to adopt Indian foster children. Courts have repeatedly and correctly rejected arguments that the ICWA violates the constitution, but the challenges continue.

The new lawsuits lay bare the parallels between efforts to pass the MEPA and the IEP and efforts to overturn the ICWA. The lawsuits characterize ICWA and related state laws as impeding (white) parents' access to Native children in the same way that informal race matching policies did before the MEPA and the IEP tilted the scales in favor of parental access and reintroduced a language of neutrality that prevented full consideration of children's best interests. The ICWA's opponents see it as another instance of race matching that must be defeated. At least one court has correctly dismissed this argument, pointing out that the ICWA applies based on a child's citizenship status, not her biological ties, but the lawsuits are ongoing.

The law is clearly constitutional, but sound legal arguments have not dissuaded critics' racial anxieties. In Adoptive Couple, the Court left a crack of doubt, and scores of litigants have stepped in to pry the crack open. Laws that protect Native children are doctrinally distinguishable from proposed laws to protect other children of color. But, because both challenge the baseline assumptions about ideal parenthood and access to children that have shaped adoption policy, resistance to the ICWA is driven by the same investments that supported enactment of the MEPA and the IEP.