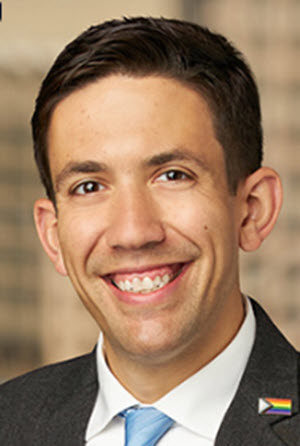 While the United States was founded in response to the colonial injustices suffered under British rule, upon achieving independence, it almost instantly assumed the role of a centralized exploitative colonial power itself, visiting bloody violence on Native peoples. As policymakers reconsider their approach to racial justice after 2020, prior efforts to redress historical wrongs against marginalized peoples have resurfaced, including compensation for Native peoples who were dispossessed of their lands in the first centuries of European colonization.

For three decades after World War II, the United States federal government operated a tribunal to hear, adjudicate, and compensate claims by Native peoples for the takings of their homelands, ostensibly settling such claims. The Indian Claims Commission (“ICC” or “the Commission”) sat from 1946 until 1978, though its final case was only resolved in 2006. The purpose of the ICC was twofold: first, “to dispose of the Indian claims problem with finality,” and second, “to transfer from Congress ... the responsibility for determining the merits of native American claims.” The Commission was authorized to hear suits from “any identifiable group of Indian claimants” over “claims arising from the taking by the United States,” in addition to new rights of action under treaty and contractual theories. The goals of the ICC read like a direct response to the United States' history of colonialism and erasure aimed at Native peoples. Indeed, after World War II, “Third World” countries--those aligned with neither the United States nor the Soviet Union--were an emerging power bloc, and citizens of these former colonies shared an interest in decolonization and self-determination with North America's Native peoples. The United States needed to thread the needle between its domestic prerogatives of assimilation and the foreign policy exigencies of courting Third World countries. In this context, the ICC can be understood as an attempt to do just this.

What next? If Professor Bell was correct in his interest convergence thesis, and the only reliable way for marginalized groups in the United States to achieve legal victories is by aligning their interests with those of their oppressors, the experience of the Indian Claims Commission and its historical context demonstrates several pitfalls for advocates and policymakers alike. First, it is difficult to ascertain what the majority interest is. While this can generally be done by reference to the public statements of those in positions of power, the question nevertheless must be asked, analyzed, and answered sufficiently. Second, there is no guarantee that interests will align beyond the point of primary utility. That is, White elites may care about desegregation as far as it impacts foreign opinion of the United States, or cishet elites may favor LGBTQ+ rights as far as they want their gay and lesbian friends to be able to get married. Beyond that, the coalition falls apart, and may even be counterproductive. Third, interests are not necessarily stable over time. The same voting bloc that is motivated by economic concerns in one election may cast their votes based on gun control in the next election, and on pandemic relief in a third; it is far from certain that the same candidates--let alone the same marginalized groups--will benefit in each of these scenarios. For example, to the extent that the conviction of former Minneapolis police officer Derek Chauvin provides a veneer of law enforcement accountability, it is clearly in the interest of police departments and the power structures surrounding them. Finally, shifting alliances may place minority groups in tension with one another, particularly if there is a sense that resources or allyship are in some way limited.

Thankfully, while interest convergence is a powerful tool for both understanding and shaping social change, it is not the only tool, and it does not need to be approached in the same way as in the past, purely in courtrooms and legislative chambers. First, with decades of experience and observational data to draw on, it is more feasible for attorneys and other advocates to see the traps of past generations, whether it is the Southern backlash to Brown v. Board of Education, the sui generis nature of the ICC and the Navajo-Hopi relief program, or the prioritization of same-sex marriage over employment nondiscrimination or transgender rights. Having seen these problems, advocates can tailor their strategies to obtain buy-in from affected majoritarian interests and minimize blowback. Second, opportunities for progress and for taking advantage of converging interests to promote such progress are ample. Indeed, regardless of the context, interest convergence is an eminently useful framework for understanding how diverse individuals and interest groups can come together and fight for change. In recent years, corporations have come to influence policy and conversations around voting rights, hate crimes, and transgender rights. At the same time, the soft power of public media figures has been leveraged in support of vaccine distribution to developing countries and reparations in the music industry. To be clear, these are all examples of interest convergence in practice, and they demonstrate the possible future avenues for progress through such convergence, just as the Indian Claims Commission and its historical context vividly and painfully demonstrates its limits. Just as humankind's capacity for oppression often seems bottomless, so too is our capacity to unite and overcome that oppression.