Excerpted From: Melanie McGruder, Missing and Murdered: Finding a Solution to Address the Epidemic of Missing and Murdered Indigenous Women in Canada and Classifying it as a “Canadian Genocide”, 46 American Indian Law Review 115 (2022) (305 Footnotes) (Full Document) 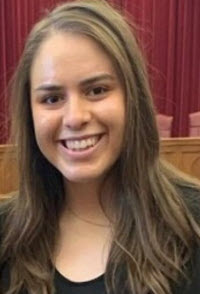 Native communities across the world are facing a human rights crisis. In Canada, alarming numbers of indigenous women and girls are being murdered or have been missing for a substantial amount of time, with no justice being served. Currently, indigenous women in Canada make up 16% of homicide victims and 11% of missing women, even though they only make up 4.3% of the population. Inquiries into this epidemic have shown that human rights abuses “historically ... maintained today by the Canadian state,” have led to indigenous women facing levels of violence that should be classified as a genocide.

Between 2001 and 2014, the rate of female homicide among indigenous women was four times higher than that for non-indigenous women. This epidemic continues to rise due to a pattern of racial and gender discrimination that is “designed to displace Indigenous Peoples from their lands, social structure and governance.” Without proper solutions in place, these historic human rights abuses will continue to worsen. The issue of murdered and missing indigenous women should be considered a “Canadian genocide,” which will require the international community to come together to find a collaborative solution.

This Comment serves a dual purpose. First, it will discuss the history of violence and discrimination against indigenous communities in Canada and how it has subsequently played a role in missing and murdered indigenous women. Furthermore, it will inquire into actions taken thus far to investigate and understand the epidemic. Second, this Comment will discuss various solutions to address the issue of murdered and missing indigenous women, which should be considered a human rights violation due to the circumstances leading to a substantial amount of indigenous women being murdered in Canada.

Part I broadly introduces the epidemic of murdered and missing indigenous women in Canada. Part II details the history of the indigenous population in Canada. Additionally, Part II discusses the role that sexual violence and human trafficking have played in the rate of murdered and missing indigenous women in Canada. Lastly, Part II outlines the current state of murdered and missing Canadian indigenous women and the initial inquiries that have been put forth to bring attention to this issue. Part III discusses international law and the role that human rights plays in situations like this. Part IV places the problems that Canada is facing within the context of similar problems facing indigenous communities all over the world, indicating that this is developing into a global crisis. Part V highlights legislation that Canada has enacted to protect basic human rights for all Canadian citizens; however, the lack of rights specifically addressed to aboriginal people is apparent. Part VI illustrates the complicated jurisdictional issues facing Canada and how this intersects with tribal interests. Part VII discusses the various solutions that could be put in place to combat this epidemic as well as the ramifications of classifying it as a human rights violation. Lastly, Part VIII summarizes the injustices that indigenous women in Canada are facing and how the international community can collaborate to find a meaningful solution.

The current epidemic of murdered and missing indigenous women in Canada should be considered a human rights violation, for which Canada needs to create proper solutions to address. The history of the Canadian indigenous communities' interaction with the European settlers was turbulent. Tribes in Canada created treaties and statutes with settlers, developing indigenous peoples' legal statuses within the newly forming country. In conjunction with statutes and treaties, major court cases developed that provided property rights to indigenous people in Canada. The recognition of indigenous rights in Canada was a step in the right direction; however, there is still a lack of recognition for the criminal violations against the indigenous people.

There are several systematic reasons that this epidemic has developed to the level it has in Canada. One of these reasons is domestic violence and human trafficking issues within indigenous communities. In major cities, such as Toronto, indigenous women tend to live in poverty, creating a hunting ground for human trafficking. Due to discrimination, victims are less likely to discuss these crimes with the police because they do not feel comfortable speaking on their issues. Unless there is change, the true ramifications of sex trafficking and reporting will never be known. The lack of accurate reporting affects the murdered and missing indigenous women epidemic that is ongoing in Canada. Studies show that indigenous women are murdered or gone missing at an alarming rate, especially when compared to non-indigenous women. MWCI tried to push Canadian police to investigate this epidemic. However, due to the lack of trust in the legal system by indigenous women, it is difficult to get women to speak about what is happening to them and others in their community. Campaigns, such as Sisters in Spirit, attempt to raise awareness of this violence committed against indigenous women. Sisters in Spirit highlighted the fact that there is no safe space for women and there are no procedures in place to protect these women.

This epidemic should be considered an international human rights violation against the indigenous women in Canada. There are two main sources of international law--treaties and customary international law--that comprise human rights. The U.N. dictates the development of treaties and already set forth multiple human rights treaties. On the domestic front, Canada passed human rights legislation to address issues facing the indigenous community. Advocacy groups push for more investigation into murdered and missing women. Even though some steps have been taken, there still needs to be affirmative action to put this issue at the top of the political and legal agendas and catapult it to international attention. Canada is not the only country facing issues of missing and murdered women; indigenous communities in Australia, Brazil, and the United States are as well. It is important to recognize that this is not something that is solely happening in Canada. This is an international problem that the international community needs to be made aware of. Global awareness will lead to collaborative solutions on an international scale, hopefully yielding effective results.

It is important to highlight that there is some current legislation set in place in Canada that addresses freedom of religion, anti-discrimination, gender equality/violence against women and domestic violence, hate crime, national human rights institutions, and trafficking in human beings. However, Canada has complicated jurisdictional issues with all criminal jurisdiction falling under the Canadian federal government, leading to Canadian indigenous people having even less agency to address the violence plaguing their communities.

Even though one solution will not fit all situations, it is important to begin to work toward a solution to provide justice to indigenous women in Canada. One of these solutions would be to provide better access to legal education for indigenous populations to be able to provide proper legal advice to their community and begin to build a trusting relationship between legal institutions and indigenous communities. Furthermore, lawyers have the opportunity to make a change; by giving indigenous people that voice and opportunity, justice may finally be served. Second, with proper data collection, this issue could be catapulted into national attention by highlighting the astounding number of native women who are found murdered or have gone missing in Canada. Lastly, increasing international monitoring and imposing sanctions on Canada for human rights violations should be considered. Clear definitions of human rights violations are developed by the Officer of the Higher Commissioner, which Canada has not met. By creating more pressure and monitoring this issue in Canada, it will force Canada to begin to seriously address the issue that is happening to its citizens.

The road ahead in Canada is not going to be an easy one, but it is important for all the stories of victims of these crimes to finally be heard and seen. Justice is something that is not easy to achieve, especially when you are already facing an uphill battle. It is time to break those barriers and fight for what is important: human rights.