‘Cornerstone Upon Which Rest All Others': Utilizing Canons of Statutory Interpretation to Confirm an Enforceable Trust Duty for Native American Health Care 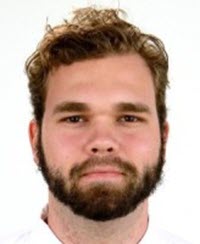 Three days. Two hospitals. Another life claimed by the novel coronavirus. In April 2020, Matalynn Lee Tsosie, a forty-year-old school secretary and member of the Navajo Nation, visited the local Indian Health Service (“IHS”) Hospital in Gallup, New Mexico complaining of labored breathing. Strapped for resources, health care providers prescribed an inhaler, oxygen, and orders to rest at home. When these remedies failed to supply relief, Ms. Tsosie returned to the hospital. The Gallup IHS hospital, however, transferred Ms. Tsosie to another facility more than two hours away because they could not address severe COVID-19 cases. Reliant on a ventilator in this unfamiliar facility, Ms. Tsosie succumbed to the virus with no one by her side.

Two months later and one thousand miles away in central Mississippi, the Choctaw Health Center was reeling. The virus had claimed at least four staff members, while beds, ventilators, and protective equipment eluded the health care providers left behind. In desperation, the chairman of the Choctaw Tribe appealed to the federal government for additional assistance. IHS responded with a “critical care response team,” but the team-- comprised of only one physician, two critical care nurses, and a single respiratory therapist--could not keep pace with the medical need: by January 2021, eighty-one Choctaw members were gone.

These tragedies are not unique. In the final weeks of 2020, the Standing Rock Sioux lost four tribal elders and with them a wealth of tradition and culture. In small town Kayenta, Arizona, nurses with the Navajo Public Health Nursing Program pooled their own money to purchase masks, food, and medications for suffering patients following supply shortages. And in North Dakota, IHS's failure to develop testing sites and manage hospital admissions forced many members to rely on a community-organized shuttle service or walk many miles to simply be diagnosed or receive treatment.

The data is equally illustrative. The Centers for Disease Control and Prevention estimated that the incidence of confirmed cases in Native Americans was 3.5 times more than non-Hispanic whites. In New Mexico, tribal members accounted for nearly 40% of all coronavirus cases, despite only accounting for 9% of the population. Similarly, in Spring 2020, the Navajo Nation had the third highest infection rate behind only New York and New Jersey, early epicenters of the pandemic.

Unfortunately, the pandemic's devastation has not occurred in a vacuum. Native American communities continue to combat multiple health challenges. Opioids, notably, have caused significant damage, as Native Americans have overdosed and died at a rate paralleling those in Appalachia. Diabetes is also pervasive, affecting nearly 16% of the tribal population, twice the prevalence in whites. Heart disease similarly occurs in Native Americans on a scale 50% higher than in white Americans. Additionally, there are numerous other health complications that claim Native lives at rates higher than other Americans, including “chronic liver disease and cirrhosis ... unintentional injuries, assault/homicide, intentional self-harm/suicide, and chronic lower respiratory diseases.”

The federal government has created a mechanism to address each of these medical emergencies. Since the early interactions between the United States and tribes, the government has provided some form of health care: from vaccine distribution, to the provision of physicians via treaties and to statutory schemes such as the Snyder Act of 1921 and the Indian Health Care Improvement Act (“IHCIA”) of 1977, which created the modern-day IHS. The quality of health care, however, has varied throughout the decades and is perennially plagued by lack of resources and deficient Congressional appropriations. As detailed by other scholars, this shortcoming leaves gaping holes in the provision of tribal health care.

Equally complicit is the legal landscape wherein tribal members might vindicate their rights and secure greater quality health care. Although the governing statute, advocacy organizations, and IHS all proclaim that the federal government owes a fiduciary duty to provide health care to Native Americans, the case law has yet to firmly recognize a federal right. At present, only the Eighth Circuit has found that treaty language alone creates a legally enforceable duty against the government. The Ninth Circuit, meanwhile, continually declines to create the fiduciary duty out of the governing statutes--the IHCIA and the Snyder Act. This circuit split leaves tribal members in one geographical area with no legally enforceable rights, and therefore less quality, federally provided health care than similarly situated tribal members residing in a separate circuit.

This Note argues that statutory schemes like the IHCIA alone create a duty to provide quality health care to tribal members. While courts could, and do, acknowledge unabrogated treaty language to create the trust duty, this framework is unsustainable because the history of treaty negotiations and volatile nature of treaty interpretation gifts different tribes with more rights than others. Regardless, such an analysis remains unnecessary because proper statutory interpretation confirms that the IHCIA created a fiduciary duty to provide adequate health care.

Part I outlines the relationship between the United States and tribes, discusses the history of both treaty ratification and of the IHCIA, and details the current state of Indian-healthcare-fiduciary-duty jurisprudence. Part II critiques the current approach of using treaties to create the fiduciary duty by demonstrating the shortcomings of such a framework. Part III applies canons of statutory interpretation and provides instructive analogues in Supreme Court jurisprudence to confirm the fiduciary duty for Indian health care under the IHCIA.

The coronavirus pandemic has exposed both the shortcomings of the provision of tribal health care, and the urgency required to combat the problem. As shown, the federal circuits require guidance on whether the government must provide health care to Native Americans. Although the Eighth Circuit's treaty approach occasionally works, it is limited to tribes fortunate enough to have entered into a treaty that expressly provides for health care. This approach is susceptible to both history and treaty interpretation. The Supreme Court, therefore, must apply proper statutory interpretation to the IHCIA and confirm that it creates a fiduciary duty to provide health care to tribal members. This approach grants all federally recognized Native Americans, regardless of disparate treaties, the ability to enforce their legal rights and receive the most basic of human needs.