Redeeming Whiteness in the Shadow of Internment: Earl Warren, Brown, and A Theory of Racial Redemption 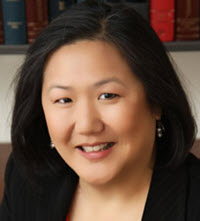 Earl Warren is a civil rights/civil liberties icon. During his reign as Chief Justice of the U.S. Supreme Court from 1953-69, the Court set standards of liberal judicial activism on race issues by which future Courts would be judged. Chief Justice Warren presided over momentous decisions that outlawed segregation in public education and public facilities, invalidated Jim Crow laws designed to prevent African Americans from exercising the vote and found anti-miscegenation laws to be unconstitutional. President Eisenhower came to regret his wayward Republican appointment, and “Superchief” Warren's legacy certainly rivals those of Eisenhower and the other presidents of his era. Warren's tenure, perhaps the most significant since John Marshall's, is understood in overtly political terms as a “revolution in race relations.”

Despite this iconography, there is another less-detailed aspect of Warren's career that looms large in a critical understanding of the Warren Court's race jurisprudence. This aspect predates his work on the Supreme Court, going back to World War II (“WWII”) when Warren was Attorney General of California and a gubernatorial candidate in the 1942 elections. During this period, Warren counted himself among California's anti-Asian “native sons and daughters.” In fact, Warren was a key actor in the anti-Asian movement that culminated in the 1942 internment of over 120,000 persons of Japanese ancestry, two-thirds of whom were United States citizens.

This Article details Warren's prominent leadership role in advocating for the internment and the repression of that role by Warren scholars. Further, it contemplates the theoretical significance of this self-imposed historical amnesia and revisionism for civil rights jurisprudence. Part I reviews how representative samples of secondary literature have dealt with Earl Warren's World War II years in California. Part II examines the historical record, focusing on how Warren's political career intersected with the internment of Japanese Americans. Using archival materials and other sources, Part II concentrates on the following areas: 1) Warren's actions as California Attorney General in response to the bombing of Pearl Harbor; 2) the campaign rhetoric and strategy used during his successful bid for Governor in 1942 and 3) his continued activism against Japanese Californians while Governor.

Part III forwards a “racial redemption” theory to frame this history. I define “racial redemption” as a psycho-social and ideological process through which whiteness maintains its fullest reputational value. In the post-Jim Crow era, the reputational value of whiteness—diminished to the extent it remains implicated in the previous era's blatant racism—is restored by rejecting traditional white racism premised upon biological determinism. I suggest that racial redemption consists of three operations: 1) repudiating white supremacy's “old” regime; 2) burying historical memories of racial subordination and 3) transforming white supremacy into a viable contemporary regime. Part III views Warren's historical legacy and the role of the postwar judiciary through the lens of racial redemption theory, rejecting the uncomplicated heroization of Warren and adopting a more critical understanding of possible motivations and meanings of his civil rights activism. Let me emphasize: I am not arguing that “but for” Warren's individual need for redemption from the shame of internment there would have been no Warren Court as we know it. Rather, I contend that the theory of racial redemption provides a potent multi-level narrative which converges Warren's individual need for redemption, the judiciary's more structurally functional move to redeem itself from overt forms of white supremacist adjudication and society's redemption of whiteness in the post-Jim Crow era of race relations.

Part IV concludes by placing redemption theory precisely within this broader picture of postwar racial formation, as part of a pivotal “racial project.” Warren's individual quest, the judiciary's institutional move to purge its racially complicit past and society's assertion of an innocent postwar colorblindness, are parts of a politic of representation that underwrites new structures of contemporary (colorblind) racial domination. As such, the processes of racial redemption are important animators of now dominant prejudice-based, intentionality-driven approaches to antidiscrimination law and attendant colorblind, individualistic ideologies. In short, many regressive legal racial projects of the recent past are unimaginable absent the racial project to redeem whiteness.

I do not suggest that Warren intentionally meant to contribute to this or any particular racial project (except internment). Rather, I believe that his equivocations regarding his (and society's) racial past became central to the conditions that permitted the later retrenchment of (reformulated) white supremacy. Nonetheless, one could take this argument a step further and say that Warren himself—directly through his biographers and indirectly through neoconservative and neoliberal mythological invocations of Brown—is now but an effect of the racial project of redemption that is the dominant lens through which the man and the era are understood.

It has been my objective in this article not to impugn the record of Earl Warren, but rather to understand the complexity of his actions during World War II and later as Chief Justice. In so doing I have sought to understand the meaning of the silence, downplaying and apologia surrounding Warren's role in internment practiced by both judicial biographers and internment historians. In one sense, I agree with Warren's many admiring biographers who have suggested that Warren stands as the personification of the American spirit and character. That spirit and character, however, embody a troubling dualism inherent in the simultaneous promise and betrayal of equality at the individual, institutional and societal levels, which are assessed in this article through the theory of racial redemption.

A theory of racial redemption is useful in analyzing the politics of race in the post-civil rights era for at least three reasons. First, racial redemption explains the seeming paradox that arises when an increasing discourse of equality is accompanied by policies that produce a decreasing yield in racial justice. Brown and its progeny removed the rationale of white supremacy from legitimate legal and public debate, while simultaneously permitting a reformulated regime of white supremacy to remain intact. It seems the political challenge for race progressives today is to analyze and expose how conservatives are able to “turn civil rights on its head” and succeed at winning popular support for anti-affirmative action initiatives posing as “civil rights initiatives.” Toward this end, racial redemption theory offers a framework to link postmodernist, discursively-oriented legal scholarship with modernist structural and materialist critiques of law. In other words, cultural representations through legal texts (cases, doctrines, legal principles and holdings) can be seen as connected to material structures of the racial state (laws, courts, legal institutions) in the maintenance of hegemony (consensually legitimated norms, values, racial “common sense” and status quo).

Second, racial redemption answers Professor Tushnet's challenge of how we might begin to view Brown and the Warren Court in a non-triumphalist way. By acknowledging the duality of the Brown decision—its promise and its betrayal of racial equality—we can better understand why it represents a link, rather than a discontinuity, between the pre-Warren Courts (from Marshall to Vinson) and the current Rehnquist Court. For example, the valorization of “colorblindness” as the legal and moral principle of Brown set the stage for the Burger-Rehnquist era's narrowing of affirmative action jurisprudence. At the time of Brown, colorblindness may have served as a useful moral principle for repudiating a strain of white supremacy that was based on the assumed biological inferiority of African Americans and other peoples of color. However, that the idea of colorblindness has become even more entrenched after the fall of biological determinism can be explained by grasping its relationship to the overall redemptive framework and the reinstatement of innocent whiteness. Colorblindness now insulates whiteness from its supremacist past, while inserting an individualist framework that protects “innocent whites” and, not coincidentally, their property interests by leaving access to the best jobs and educational opportunities unencumbered by affirmative action.

Finally, racial redemption as illustrated through Earl Warren, internment and Brown, is nuanced enough to shed light on the increasingly important phenomenon of racial brokering—i.e., the pitting of groups of color against one another for the purpose of maintaining redeemed whiteness, even as racial retrenchment accelerates. The case of Earl Warren well illustrates how racial injustices for one outsider group may be directly related to racial advances for another. In short, the guilt that plagued Warren over his role in the internment may have manifested itself positively in his pro-civil rights decisions. Recall Bell's interest convergence equations:

A theory of racial redemption would allow us to understand how white racism and white self-interest are not, as suggested by the second equation, occasionally oppositional, but rather in a multi-racial society are more complexly, but positively, correlated. So, “justice” might result when wrongdoing toward one group of color can be redeemed by working in favor of another group of color. White racism (toward the wronged group) and white self-interest can actually result in a compromised and particularized justice for the second group of color, but, more importantly, racial redemption for whites. Taking the historical example of Warren, internment and Brown or the contemporary anti-affirmative action campaign in California, which invokes alleged “Asian American victims” of affirmative action to combat charges of racism, we might formulate the following equations:

The adoption of a racial group, or even an individual of color by a white political figure or constituency—a practice I refer to as mascotting—is necessary to deflect charges of racism and preserve the redeemed status of whiteness. Indeed, is it possible to imagine a winning campaign by the anti-affirmative action movement absent the conservative deployment of racial mascots? It hasn't happened yet.

Standing at the threshold of the Second Redemption, we might wonder how things would be if earlier actors such as Warren had proven themselves truly heroic. As we look to past leadership for inspiration for future action, it is unfortunate that we observe Chief Justice Warren being personally unable and judicially ineffective at transgressing what historian George Lipsitz calls the “possessive investment in whiteness.” Because Warren settled for a halfway racial politics, he left his legacy available to regressive racial projects that have sought white supremacy's “preservation through transformation.” Using racial formation theory to link Warren's personal past with his Court's and society's racial trajectory allows us to defeat facile understandings of his and other liberal reform efforts that indulge the narrative of “putting race out of business.” Warren's story shows that, as a project of racial redemption, these reforms were all about an ongoing racialization of the political and the legal. Race got a new storefront perhaps, but it has not gone out of business as a primary axis of social subordination and organization.