The Shifting Categorization of Immigration Law 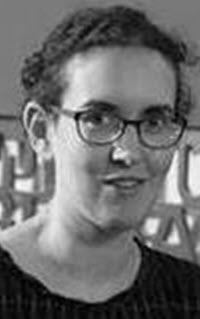 International migration is in a time of crisis. This declaration often calls to mind the massive dimensions of international migration, which renders the issue politically important. According to the United Nations High Commissioner for Refugees (“UNHCR”), in 2017 there were more than 25.4 million refugees and over 68.5 million forcibly displaced persons worldwide. That number has been on the rise in the last six years and recently reached its highest level in decades. Persecution, conflict, widespread violence, human rights violations, and abject poverty are some of the main causes of forced displacement. In the United States, there are approximately 290,000 refugees and another 640,000 asylum seekers. This is the highest number since 2007, and it has consistently increased since 2010. Consequently, international migration has emerged as a hotly debated political issue, central to the United States 2016 presidential race and 2018 congressional elections. numbers, the crisis is also one of inadequate protection. International forced migration has undoubtedly affected many states all over the world, but its impact has been unevenly distributed. In the global North, as part of the democratic backsliding which is characteristic of our times, many administrations have resisted forced migration and responded to it by applying various means of exclusion--a tendency which correlates with “spurring forms of nativism and demagoguery that threaten both democratic deliberation and human rights.” Meanwhile, in the global South, waves of forced migration have had dramatic, nearly devastating effects for host states. In both the global South and the global North, effects of immigration on host societies include local and regional upheaval, which has both induced and been induced by trafficking, smuggling, and other forms of criminal and socially undesirable behavior; the initiation of policies which have violated migrants' human rights and negatively impacted native populations; and the incitement of xenophobia, racism and exploitation, despite many empathetic and kind gestures from the public, and many positive benefits for the host societies. Inept policy serves as a third cornerstone of the international migration crisis. The rise in forced migration and the arrival of mixed flows of migrants to the United States and Europe is frequently discussed as an unanticipated crisis or emergency, despite the fact that such an occurrence was easily predictable. It was mostly an expectable result of known conflicts and structural flaws in international migration law. Expected or not, the increase triggered, justified, and excused various policy measures aiming to curb migration or remove present migrants. these inputs, this paper argues that the crisis is not merely one of numbers, protection, or policy, but rather a deep categorical and ethical crisis. In this crisis, the fundamental categories of immigration law are shifting, as is their underlying logic. There is a shift of focus--from migrants to migration, from the sympathetic root causes of migration to the sympathetic political interest of the destination state, and from other-regarding and community-oriented ethics to nationalist, self-interested ethics. The “traditional” categorization of migration if shifting toward anew, “emerging” form of categorization.

Under the “traditional” categorization of migration, migrants were classified based on the causes of their migration--the reasons, constraints, and choices at the core of their immigration. In the “traditional” regime, a binary categorization between migrants (whose treatment was a matter for sovereign decision) on the one hand, and refugees or forced migrants (to whom states were legally obligated under international law to provide surrogate protection) on the other, was fundamental to international immigration law. The migrant/refugee binary was dominant for over a century, reinforced by states, international organizations, scholars and civil society. The recent Global Compact processes, for example, were conducted separately for migrants and refugees. Despite criticism of being both over- and under-inclusive, these categories are key to decision-making processes and rights allocations to individuals.

Today, however, the “emerging” categorization focuses on the manner in which the migration is perceived and its impact on the host state. Migration is categorized, rather than the migrants. In the “emerging” categorization, the characteristics on which categorization is based concern the nature of protection afforded to individuals, rather than the reverse. The categorization of migrants no longer determines their protection. Rather, the opposite is true: the categorization of migration, in a circular manner, is determined by the protection afforded to the migrants. Some of the prevailing categories include large-scale migration, temporary protection, and banned immigration of certain nationalities. In other words, migrants “traditionally” were categorized based on their ethical claims, and from that the nature of their protection was inferred. Under the “emerging” categories, by contrast, migrants are grouped without an ethical common denominator, and the form of protection (or lack thereof) instead serves as their uniting factor. Under this scheme, migration categories do not come from group identification based on some ethical considerations (albeit distorted through a politicized lens), but from the identification of the political self-interests.

Legal categorizations, and in particular, categorization of migrants and the protection regime, can never be fully divorced from political self-interest. The political interests of destination states are always shaping protections, definitions of categories of migrants, and their interpretation. Yet, this paper cautions not to drift away from a human-rights, dignity-centered, humanistic perception in the categorization of migrants. The so-called “migration crisis” we are witnessing is unique because more people are coming in while harsher policy and legal measures are trying to keep them out. It is an ethical crisis, as it diminishes the humanitarian and human rights core of categorizing migrants, without replacing it with any new ethical foundations. It transforms international and domestic immigration law into something less community-oriented. This paper does not argue that the current policies on immigration and asylum completely abandon the categorization of individual migrants. It is clear that categories of refugees vs. migrants are still being re-interpreted and re-iterated, in an effort to narrow the category of refugees. The paper does not necessarily endorse various aspects of the “traditional” categorization, which have been criticized in previous scholarship. Moreover, it does not argue that there is anything novel in the logic of the categorization, as aspects of migration policies have often been organized around national interest irrespective of the refugee/migrant binary. It does, however, argue that the scope of the categorization shift threatens these previously existing categories which have been so fundamental to the scholarship and practice of immigration law.

The process of categorization in migration law and policy occurs in a respectful dialogue, in the best of circumstances--or in a conflictual struggle, in other cases--between executives, legislatures, civil societies, and judiciaries. Recent policy changes in the United States, introduced by Trump, indicate a growing executive tendency to shift toward a political (and arguably, populist) categorization of migration, which civil society and the courts have traditionally resisted. The paper offers a critical analysis of this dialogue/conflict over categorization, looking at the recent case law on temporary protection, the blanket exclusion of nationals of certain countries (i.e., travel bans), and the different policies addressing the perceived large-scale migration through the Mexican border.

Part I looks at the “traditional” dominant categorization of migrants along the refugee/migrant binary.

Part II looks at the emerging categorizations of migration by examining the categories of temporarily protection, bans of nationality, and large-scale migration. For each of these categories the paper offers an analysis of their formation, and the negotiation over its interpretation between the court, civil society, and the administration, against the backdrop of the “traditional” categorization.

Part III concludes with an analysis of the prevalence of the “emerging” categorization, discussing how recent litigation has fallen short of challenging this categorization and what the price may ultimately be.

Taxonomy is influential on our understanding, perception, and analysis in almost every part of our thinking process, including in legal thought. It helps us to understand and remember, to flesh out similarities and differences, to make comparisons and distinguish between incomparable cases, and to draw conclusions. It helps decisionmaking be consistent and systematic. Categories and categorizations impact language, social perceptions, factual presumptions, morality, and legal determinations. Taxonomy is dynamic and not static, changing with the changes of social perceptions. It is neither natural nor neutral, reflecting a social choice and negotiation over meaning. immigration law, as in all fields of law, categorization is fundamental to the way the law operates. Categorization in immigration law is changing. To some extent, that is to be expected. We should not be surprised to find that the “traditional” refugees/migrant binary is being replaced with an “emerging” categorization of migration, in no small part because of the many inherent flaws in the “traditional” categorization. Taxonomy is prone to changes in society and legal culture, and both are certainly changing with respect to immigration. However, the process currently underway in immigration law is more fundamental than the mere reiteration of categories. It is the replacement of categories based on other-regarding ethics with categories of nationalist, narrow self-interest ethics. It is the shift from categorizing migrating people to categorizing an immigration effect. It is a move from a categorization which determines protection (or lack thereof), to a categorization which is determined by the protection (or exclusion).

This paper demonstrates the categorization shift by looking at three examples of the “emerging” categorization: temporary protected status, banned-by-nationality, and large-scale migration. These categories, created by the executive branch, were met with a significant degree of resistance and massive litigation. The first conclusion drawn here is that the litigation and court decisions demonstrate that the courts are ill-fitting fora to hold robust and profound debates over the taxonomy, as they all too often neglect ethical discussion. The debate over categories is one that is better suited for other social institutions. At the same time, the court will surely continue to play an important role in the deliberation, as a key social institution with the ability to offer immediate remedy and prevent the implementation of certain policies.

The second conclusion follows from this assumption, and suggests that, to the extent that migrants' rights organizations and courts want to be influential in the deliberation over the categories of immigration law, they must reframe the narrative. The narrative should be enlarged to capture the bigger picture of the categorical “crisis,” and not just the particular issue at hand. It should not simply criticize the “emerging” categories of immigration law, but also challenge their very being, contrast these categories with the “traditional” ones, and explain where the “emerging” categories deviate from international and domestic law and other-regarding ethics more broadly. It should refrain from buying into the rhetoric of emergency, security threats, and crisis without any evidence that such a situation actually exists, and consider the possibility that such crises and emergencies are imagined or constructed. It should also inquire whether the measures are strictly required by the perceived crisis or emergency.

Finally, a third conclusion regards the substance of the categorization. This moment of categorical and ethical crisis should also be viewed as an opportunity to reconceive the categorization. If the ethical basis for the protection of refugees is fading away, perhaps it is conceivable to replace the categories of migrants with broader human rights perceptions, backed with a strong Kantian logic. Advocacy efforts on behalf of migrants can be conjoined with advocacy for other disempowered groups. This categorical crisis calls for a rethinking about whether a broader and more ethically robust category is due.