Excerpted From: Raquel E. Aldana and Thomas O'Donnell, A Look Back at the Warren Court's Due Process Revolution Through the Lens of Immigrants, 51 University of the Pacific Law Review 633 (2020) (193 Footnotes)(Full Document) 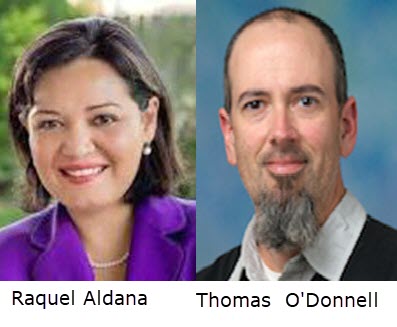 There are at least two important reasons why this analysis matters. First, it provides an opportunity to reflect on the critique that has been made repeatedly, but not quite heard: that the asymmetrical procedural due process rights between criminal defendants and immigrants facing immigration enforcement is hard to justify given the symmetry in the punitive function and methods between criminal and immigration law. Interestingly, the Warren Court period was a time when the expansion of rights for criminal defendants increased the divergence in the nature and scope of procedural due process rights available to immigrants as compared to criminal defendants. In contrast to criminal defendants, the Warren Court was entirely silent, for instance, on whether the right to remain silent or the right to counsel should apply similarly to immigrants. Yet, an analysis of the immigration cases decided during the Warren Court period-and the historical context in which these were decided-suggests that the justification for these differing results cannot rest on an explanation that immigrants were not facing significant harms arising from immigration enforcement's harsh hand. Indeed, 1953 to 1969 was an especially bellic period in the United States and included such wars as the Vietnam War and the Cold War. Unsurprisingly, the government's tendency to restrict the due process rights of immigrants by relying on war powers, whether these wars are real or constructed, functioned extremely well during this period. Especially during the Cold War, the government sought, inter alia, to exclude or to deport noncitizens based on secret evidence or to deny naturalization based on ideological grounds without adequate procedural safeguards. It was not that the Warren Court was entirely unsympathetic to immigrant's plight. Indeed, the cases decided during this period reveal a mixed record of outcomes, with the Court vacillating between complete deference to the government and a few interventions to rein in immigration's exceptionalism. The latter was particularly true in cases involving long-term permanent residents and those seeking to naturalize or faced loss of citizenship. But, especially in contrast to the bold steps (regarded as misguided by some) that the Court took to advance the rights of criminal defendants, even the decisions that sometimes favored immigrants cannot be characterized as anything other than meek.

War's exceptionalism and the Warren Court's reluctance to meddle too much in all war cases could offer a different explanation for these results. Yet, we must mention that the nebulous contours and dubious legality of the Cold War could have provided a prime opportunity to challenge the illegitimate conflation of immigration and war powers that has too often characterized the expansion of the immigration enforcement power. Moreover, the Warren Court also decided a sufficient number of immigration cases with hardly any linkages to war that also did not lead to revolutionary or bold decisions. Undoubtedly, for the Warren Court to create due process rights for immigrants during this time would have been equally, if not more, revolutionary as its criminal due process revolution, albeit in different ways. In the criminal context--aside from strong critiques against the nature of the rights themselves Warren Court's perceived significant departures in the construction of new rights for criminal defendants from both federalism and separation of powers principles especially fueled the critique by opponents and proponents alike for going too far, at least too soon. At the time, the imposition of the federal constitution on the state policing function-even when some states were already moving in similar directions-and its creation of the exclusionary remedy for violations to these new rights outside the legislative process were significant departures that raised questions of legitimacy for some or of ripeness for others. In the context of immigration law, even without similar federalism concerns, the recognition of a right to counsel or the right to bail-to name a few-would also have been seismic in different ways given immigration law's treatment as civil at a time when very few constitutional substantive and procedural due process rights were recognized in the civil context. It is important to remember that while the Warren Court coincided with the Civil Rights Movement (1940s-1960s), it also ended at a time when new rights grounded in equal protection, including for immigrants, were just starting to emerge. Similarly, the expansions of substantive constitutional rights to recognize liberty interests in certain public benefits or family, and which the stakes doctrine later applied to the immigration context, also occurred post the Warren Court period. Indeed, this evolution of expanded rights and its impact on immigrants even led several scholars to predict at the turn of the last century that immigration's exceptionalism was finally here. viewing the current state of immigrants' due process rights through the lens of the Warren Court provides an opportunity to reexamine the treatment of immigrants in the United States through the evolution of law during the past fifty years. For example, after the Warren Court period, the important legal gains of the Civil Rights Movement took hold and influenced the development of equality principles and other substantive rights for immigrants. The peace that followed the Warren Court period, at least until the War on Terror took hold, provided an opportunity for deep reflection and some reckoning on whether courts should defer so much, especially as to wars like the Cold War, that are ill-defined and prone to abuses of power. This conversation, too, led to critiques on the dangers of treating immigration law as an exercise of war powers or foreign affairs with some important gains in rights for immigrants. Yet, high levels of anti-immigrant sentiment that arose in the 1990s led to substantial contraction of public benefits for immigrants and the significant expansion of criminal measures as immigration enforcement through new federal laws. Whatever few gains were had in the courts to push back against these measures were halted immediately with the September 11, 2001 attacks and the ensuing war on terror which applied fiercely to immigrants. Since then, with few exceptions, federal immigration laws and their enforcement have been harshly punitive to immigrants. Given that the Warren Court's criminal procedure revolution had little impact on the rights of immigrants at the time, it is perhaps ironic that the Warren Court's due process revolution is now pushing back against what many scholars now label as “crimmigration.” Another critical development arising from the post-September 11 era is the explosion of a new immigration federalism. This wave of immigration federalism, which is as varied as it is vast, has included push back against the unforgiving federal punitive machinery against immigrants in ways that also recall the Warren Court's important values of privacy and liberty that guided its criminal due process revolution. the University of the Pacific Law Review Symposium titled “The Warren Court's Criminal Procedure Revolution: a 50 year Retrospective,” held October 11, 2019, much of the commentary around the legacy of the Warren Court's due process revolution was somber for very legitimate reasons. Yet, a retrospection of this important due process revolution through an immigration lens elucidates lessons perhaps overlooked. Foremost, by expanding the universe of the laws, people, and context we consider to evaluate the Warren Court's criminal due process legacy, we glean that it is much broader than initially imagined; indeed, broader than it was intended even by the Warren Court itself. Moreover, this legacy is perhaps not quite finished in the area of immigration law. At least, we foresee that the crimmigration crisis and the immigration federalism wave could still yield an unintended and unimagined due process revolution for immigrants that is long overdue. We proceed in this essay in two principal parts.

In Part I, we provide a historical context to the immigration cases decided during the Warren Court and contrast the few due process gains that immigrants enjoyed compared to criminal defendants.

In Part II, we expand on the important immigration law developments fifty years post-the Warren Court through the lens of the Warren criminal due process revolution.

The Warren due process revolution could be characterized as a missed opportunity when examined through the lens of immigrants and immigration law. A deeper look reveals, however, that its influence has been broader and deeper and is still, in fact, expanding and evolving in complex ways. The slow pace in which immigrants have gained rights, and the way that these rights seemingly remain vulnerable to political forces, could suggest that the gains are not firmly grounded in constitutional doctrine. Yet, perhaps because these rights rise often as counter-responses to these strong anti-immigrant forces and consist of both political and judicial interventions, the hope remains that these could, in the long run, have staying power.