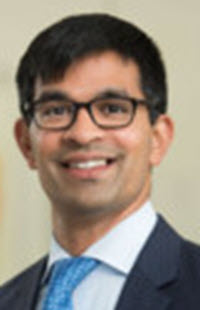 On its face, the Indian American community's journey from being ostracized as an “undesirable alien, as a lesser breed, or a benighted heathen” to being heralded as ambassadors of democracy and role models for minority achievement seemingly justifies their celebration as torchbearers of the American dream. Since first arriving on the shores of the United States, Indian Americans have tirelessly battled to overcome immigration, naturalization, employment, and miscegenation. Correspondingly, they have become the “fastest-growing” and “wealthiest minority” in America. Yet, the story does not end there.

Behind the scenes of narratives about model minorities breaking down cultural and institutional barriers is another story--the story of multiple generations of Indian women who have arrived in cities such as Los Angeles, Chicago, and New York to support their professional husbands. Many of these women are less educated than their husbands and are thrust into a culture that is unfamiliar to them. Once here, they have to navigate their children through the unfamiliar American educational system, set up a household and become integrated into their neighborhoods, participate in potlucks and block parties. Added to these responsibilities is the expectation that they will fulfill their roles as new citizens and participate in the political arena, in most cases, as first-time voters. How these women learn to navigate this new political landscape without the counsel of their mothers, daughters or peers is the driving question of this Article.

This Article proposes to study the political involvement of Indian Americans, and specifically Indian women, who are exposed to democratic government institutions that demand participation from citizens. The path toward political involvement can be complex for those who are unfamiliar. The puzzle that Indian women present to political behaviorists is that, given their socio-economic status and high degree of education, one would assume that Indian American women would lean toward the Republican party. After all, research on particular immigrant communities suggests that high levels of economic prosperity result in a conservative political identification. And yet, paradoxically, Indian American women present an opposite scenario--where high socio-economic levels produce a stable Democratic identification. Why? The main goal of this article is to develop an answer to the question of why Indian American women do not affiliate according to traditional models of political identification and what this means for current theories on political behavior.

So what do these results suggest in terms of how Indian American women choose political parties? Data from the focus groups and surveys indicate that the direction of party choice is primarily guided by nonmaterial goals rather than economic concerns. In other words, party attachment is more symbolic than substantively driven. More than any other theory, strong evidence exists concerning the influence of the religious identity on party choice for the Indian American community. Religion appears to overpower other competing partisan stimulants, including political mobilization, socio-economic interests and social conservatism.

One of the most surprising findings of this Article, then, is the lack of support for the economic advancement theory. Whereas Indian Americans choose to self-identify in terms of their economic success, their primary concern is religious representation. Of course, while most Indians are not orthodox Hindus, they view religion as a significant part of their identity and, therefore, use this dimension as a decisive benchmark for party choice. For obvious reasons, the implications of this are important for both political parties who may be able to sway partisanship decisions based on strategic representation of the religion factor.

Finally, the influence of family, and of children in particular, on the political learning and partisan affiliation of Indian American women is an important discovery that suggests that many politicizing stimuli may in fact indirectly originate on college campuses rather than traditional settings like the workplace. Compared to their immigrant male peers, women are more likely to look to their families or their children for cues when learning about the political system or making informed political decisions.