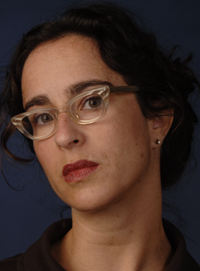 The systems of immigration and criminal law come together in many important ways, one of which being their role in instilling difference and undermining inclusion and integration. In this article, I will begin a discussion examining the concept of integration, simplistically described as inclusion into “American” life, not in the more traversed realm of citizenship, but in the context of crimmigration. I posit that when considering the relationship between those who are formally considered integrated versus other, or outsider, which may or may not overlap with immigration status, the accepted concept of integration is misguided at best. Instead, if the concept of integration is framed as an epistemological tool of settler colonialism, the construction of race provides a more fruitful line of inquiry.

There is a longstanding myth that in a democratic society, such as the United States, everyone has the opportunity, the path, and maybe even a right to strive to and achieve integration. Becoming a naturalized United States citizen is a symbol or marker of such achievement, although it is superficial and still limited with respect to full membership and integration. Citizenship does not elevate one above the caste system of racialized hierarchy. The failure of integration is evidenced by the reality that immigrants and citizens racialized as nonwhite do not obtain the socio-economic successes of the dominant class.

This article will propose that the promise of integration is a myth. Even more than a false promise, the concept of integration itself erases the historical racialized institutional infrastructure that is responsible for the falseness of this promise. Crimmigration is a piece of this larger puzzle.

Accordingly, the first section of this article will outline some of the markers of difference in civil society relative to understanding the differences between people racialized as white, and the contemporary settler colonial class and citizens and immigrants racialized as nonwhite.

The second section will consider the ways in which the criminal justice system has come to signify a meaning making/epistemological system whereby “criminal” is code for people racialized as nonwhite.

The third section will consider crimmigration's replication of the criminal justice system's racialization via legislative policy and juridical process.

The fourth section will explore the frameworks of settler colonialism and racial realism.

The fifth, and final section will critique the notion of integration using the methodologies of racial realism and settler colonialism to address the integrationist theory as an extension of structures intended to maintain existing power structures and subordination of people racialized as nonwhite irrespective of formal citizenship status.

When examining the principles underlying the theory and mechanisms of integration pursuant to racial realism and settler colonialism, it becomes clearer that integration was never intended to be achieved by any people racialized as nonwhite, irrespective of whether one is a citizen or immigrant. The criminal justice system plays a role in racialization, irrespective of United States citizenship status, impacting U.S. citizens and all people racialized as nonwhite in the United States. By racializing, the criminal justice system serves an epistemological function signifying criminality as a marker of desirability for membership. Crimmigration serves a similar meaning-making role, interfering with citizens' and noncitizens' ability to enjoy the benefits of full participation in civil society.

Integration is an endlessly unattainable goal, by design. The failure of immigrant integration can be characterized as resulting from the challenges of adapting to a new culture, learning language, and striving towards economic goals. Yet this logic is an extension of the facially colorblind institutionalized systems of power that serve to erase the role of race in criminal law and in crimmigration. The failure of integration, and the inequities that impact all colonized peoples the United States, are manifestations of settler colonialism, and crimmigration is by and large one of its contemporary tools.

Considering crimmigration's compounding racialized difference through the framework of integration is fundamentally flawed because doing so suggests that it is possible to eliminate or counteract racism by integrating people racialized as nonwhite into an inherently white supremacist society. When considering criminality and crimmigration as an extension of settler colonialism, racial realism proposes a more honest and productive framework.