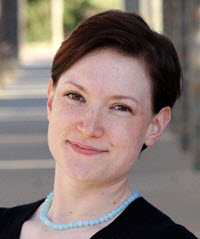 While millions of people found this brand of openly racialized rhetoric appalling, this stereotyped ideology regarding immigrants is nothing new. The United States is a country rooted in white supremacy, and that supremacy has been woven into our immigration laws through the Immigration and Nationality Act (INA). This Article spotlights the white supremacy embedded in the INA through a critical analysis of one of its seemingly humanitarian subsections--Section 240A(b), which provides a mechanism to seek relief from deportation.

Illuminating the full contours of white supremacy exceeds the scope of this Article. However, this Article uses a critical race theory approach to consider the parameters of the INA. Critical race theorists generally assert that the procedures and substance of American law are structured to maintain white privilege--“the normative supremacy of whiteness in American law and society.” This paper tracks two tenets that critical race scholarship generally rejects: the idea that colorblindness will solve racism, and that racism is an individual, rather than systemic, ascription. When discussing white supremacy, this Article refers not to any individual intent to affect racist policies, but rather to the structures that maintain whiteness as the dominant baseline, which then places a burden on all others to adapt. Since 27 percent of the immigrant population in the United States is Mexico-born--by far the largest percentage of any country of origin Article applies this definition of white supremacy to focus on oppression faced by Mexican immigrants through the enforcement of the United States' immigration laws.

Immigration law in the United States is largely enforced and carried out through the INA. This statute, serving as one organized body of regulatory law, dates back to 1952. In 2016, the INA spanned 526 pages, comprising hundreds of sections and subsections. While many of these sections are seemingly innocuous, providing administrative information like definitions and procedures, collectively these sections play a monumental role in the enforcement of immigration policies in the United States. The INA prioritizes the kinds of immigrants granted entry to the United States, explains processes for applying for visas, and describes grounds for inadmissibility to and deportation from the country, among many other things. This Article cannot provide a sufficient overview of the Act in its entirety, but the statute's importance cannot be understated. The INA is, in short, the gatekeeper to the country.

While the INA's primary focus is on managing the flow and legal status of immigrants, the INA also does less visible work: It shapes the dominant cultural narrative about immigrants in the United States. As it provides the guidelines for who is allowed into the country and who must leave, the INA also helps to define what an American is. The statute draws a line in the sand between candidates worthy to be considered Americans and others not fit to reside in or claim this country as their own. This othering is often accomplished through classed, gendered, and racialized ideologies that both reflect and mold immigration laws in the United States.

From an immigrant's point of view, most of the INA serves as the strong arm of immigration enforcement, providing a labyrinth through which every person seeking entry into, or authorization to stay in, the country must navigate. There are a few sections of the law that, at least at first glance, appear to provide a glimmer of hope to those with difficulty entering or legally staying in the country.

One of these sections is 240A, which provides for cancellation of removal--that is, cancellation of a deportation after one has been ordered. An immigrant who has already gone through the immigration court process and has been deemed removable, or subject to deportation, can petition for this form of relief. There are a number of grounds upon which a person can invoke Section 240A. Section 240A(b)(1), the focus of this Article, provides the Attorney General with the discretion to cancel the removal of undocumented immigrants who (1) have been in the country for ten consecutive years, (2) have good moral character, (3) have a clean criminal record, and (4) can show an exceptional and extremely unusual hardship to their spouse, parent, or child, who is either a U.S. citizen or permanent resident. For undocumented immigrants who have been ordered to leave the United States, this section would appear to offer some hope that their families could remain intact or that they could maintain the financial security they have obtained while in the country. Undoubtedly, it serves that capacity for the small number of immigrants granted relief, and this Article in no way discounts that essential task. However, on a much larger scale, this section may not be as altruistic as it appears.

This Article considers the white supremacy perpetuated by the INA through a critical analysis of relief from removal under Section 240A(b)(1). Not only does this relief section show a disregard for immigrant families by normalizing their disposability, but it also shows how, even in its seemingly humanitarian efforts, the INA cannot escape its white supremacist roots and intentions. Drawing on the legislative history of this section, the national dialogue occurring during the amendments of the section, and its judicial implementation, this Article argues that the 240A hardship exception to deportation, like the more exclusion-focused sections of the INA, shapes the perception of Mexican immigrants in ways that perpetuate harmful cultural stereotypes within the United States at large.

Part I of this Article provides a brief history of the INA and the white supremacy embedded within it.

Part II describes the historical context for the hardship exception itself, depicting how the exception plays out in courts.

And finally, Part III provides a brief commentary about the future of immigration laws and the potential for deportation relief that would provide more than mere glimmers of hope.