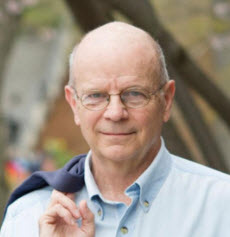 Following this introduction, Part II summarizes current debates and policy divides on migrant labor in the United States regarding both documented and undocumented workers from abroad. It also notes the absence of international labor and human rights considerations in most U.S. policy discourse, reflecting a broader “American exceptionalism” strain.

Part III examines three principal international instruments on migrant labor: the United Nations' International Convention on Protection of the Rights of All Migrant Workers and Members of Their Families, the International Labour Organization's (“ILO”) Convention No. 97 concerning Migration for Employment (Revised 1949), and ILO Convention No. 143 concerning Migrations in Abusive Conditions and the Promotion of Equality of Opportunity and Treatment of Migrant Workers (1975). In 2006, the ILO consolidated key provisions of these instruments in a Multilateral Framework on Labour Migration, subtitled “[n]on-binding principles and guidelines for a rights-based approach to labor migration” (emphasis on “non-binding”).

Rather than a lengthy parsing of these texts, this article will explore their common features and their relevance to current migrant labor debates and policy discourse. This part continues with a review of migrant labor treatment in the United States that arguably runs afoul of international standards.

Part IV moves to a review of experience with migrant labor provisions of trade agreements--mainly the North American Free Trade Agreement (NAFTA), the only one that specifically addresses migrant workers' rights. As binding international documents, these trade agreements affect U.S. law and policy. Sometimes, the effect is direct, as when NAFTA created new visa categories allowing more cross-border movement. But effects can also be indirect, as when NAFTA's supplemental labor agreement included protection of migrant workers as one of its “labor principles.” This gave rise to several complaints and cases under the NAFTA labor agreement, demonstrating both its potential and its limitations.

Part V reviews arguments for taking into account international standards and applying a human rights framework in our domestic legal discourse, and concludes with a set of policy recommendations.