African Immigrants, Intersectionality, and the Increasing Need for Visibility in the Current Immigration Debate 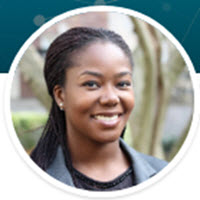 Africans are one of the fastest growing immigrant groups in the United States, yet their presence receives very little attention in public discourse about immigration. In an era where America's immigration policies have grown increasingly insular, African immigrants are particularly at risk of having measures that historically facilitated their entry into the United States, stripped away without recognition of the benefit they pose to them.

This Note argues that the intersectional identity of Black African immigrants, being Black and foreign, renders them effectively invisible in the immigration debate and vulnerable to policies that affect them both due to their Blackness as well as their status as foreigners. It proposes that the Intersectionality framework can serve as a useful tool to shed light on the unique concerns of African immigrants and create policies that directly address them.

Part II of this Note provides a background into the history of African immigration in the United States.

Part III introduces the theory of Intersectionality and demonstrates its applicability in the immigration law context.

Considering the risks faced by African immigrants particularly due to their race forces one to reshape the nature of immigration discourse from one of binary oppositions to a more nuanced approach that takes into account how the interests of immigrants can converge and diverge based on their different racial backgrounds. To talk of immigrants as Asians or Latinos fails to capture the diversity within the groups that arrive in the United States and acknowledge the various faces of immigration.

The longer a group remains obscured, the harder it becomes to create policies facilitating their immigration, and the more likely measures that already benefit them can be attacked. The prevalence of African immigrants affected by President Trump's Executive Orders, illustrates a scenario in which both race and immigration status render African immigrants especially vulnerable. Because measures such as prioritizing deportations for those with criminal charges directly implicate Blackness, these issues are key areas for the Congressional Black Caucus to intervene. Unfortunately, the lack of intersectional analysis of the “Muslim ban's” impact, obscures the fact that it directly targets citizens of three African countries and bears consequences for countless more both within and outside the United States.

Reshaping the immigration discourse to include an intersectional approach to analyzing African immigrants also forces one to consider the diversity within the catch-all “African American” race, into which Black people in the United States are grouped. While Amadou Diallo demonstrates the shared interest that African immigrants have in ending police brutality, so too does the reluctance of the Congressional Black Caucus to support the diversity visa demonstrate that the interests of African immigrants and Native Blacks may align and diverge at different points. *409 Whereas some may shy away from this fact out of fear of causing division and undermining coalition between Black people in America, the acknowledgment of the diversity amongst Black people can help tailor policies that better target groups on the margins and ultimately create more robust channels for their immigration to the United States.