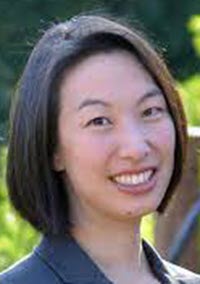 Citizenship is a subject of growing interest in scholarly and policy discussions that aim to go beyond repairing the exclusionary immigration laws of the last several years to building a more inclusionary society. The essays in this symposium issue represent some of the best and brightest voices on citizenship. Their voices hail from law, sociology, political science, and history. They include university scholars, immigration practitioners, and immigrants living their lives in American society. As I shared in the keynote address, it was a pleasure--indeed, a career highlight--to launch Pursuing Citizenship in the Enforcement Era in September 2020 and to see it land at the Rothgerber Conference in April 2021. It is equally a pleasure to respond to the essays generated by the fruitful discussion at the conference.

The book is about “why immigrants pursue citizenship in the enforcement era and how the experience varies for immigrants with different legal statuses.” The key ideas of Pursuing Citizenship in the Enforcement Era are reflected in the title of the book. First, the broad conception of citizenship defies legal binaries and instead functions as a spectrum of citizenship, with formal and substantive dimensions. The formal dimensions include legal statuses (plural) ranging from naturalized citizenship, to permanent residence, to temporary visas, to undocumented presence. The substantive dimensions include immigrants' economic, social, and political engagement. Citizenship in all of its dimensions is what immigrants are “pursuing” as they seek full membership and belonging: to be “Americans in Waiting,” as Hiroshi Motomura has said. The limits of this multidimensional concept of citizenship take on heightened meaning in “the enforcement era,” a time marked by vigorous implementation of exclusionary immigration policies.

In this Epilogue, I pick up the conversation where the book and the symposium left off. I begin with the key themes in the book and how the symposium places the book in broader conversations about citizenship. Then, I survey policy developments and political conditions since the publication of the book, focusing especially on the prospects for immigration reform presented by a new presidential administration and COVID-19. In light of this shifting landscape, I present a theoretical justification for expanding citizenship to essential workers on the basis of jus meritum (the right of merit) and a recognition of the civic character of civilian service. In comparison to the Citizenship Act of 2021 and stand-alone proposals to legalize essential workers, my Citizenship for Essential Service proposal would expand the spectrum of immigrants who are eligible to legalize and would incorporate a self-updating mechanism lodged in a service-based agency, rather than letting an enforcement agency decide who qualifies for a green card. My proposal serves as an illustration of where the changed conditions might lead to a transformation of national immigrant-integration policy. The Epilogue concludes with thoughts on how bold reforms can and should be to meaningfully advance service as a basis for citizenship in the United States.

Pursuing Citizenship asks why immigrants seek formal citizenship and how they manage to belong in the United States. It proposes an ethic of inclusion, as well as transitional and pragmatic policies that could implement the ethic, notwithstanding historical, political, and institutional pressures.

The election of President Joe Biden creates new possibilities to make the expanded notion of citizenship into workable policy. There is an increasing sophistication about how we will get there. Yet some provisions are more likely than others to be enacted: DREAMers and undocumented immigrants with temporary protected status seem to be the intended beneficiaries. The future is less certain for temporary workers. These semi-citizens will continue to live in limbo or persistent precarity unless and until reforms are enacted. This Epilogue has charted the territory of these immigration reforms. Moreover, COVID-19 has fortified borders and intensified regulation of migration and enforcement against noncitizens. It is against the background of the COVID-19 stress test that this Epilogue has proposed a policy to protect essential workers who served the country during COVID-19 as an application of the principles in Pursuing Citizenship.

In conclusion, the government is making positive strides on behalf of those whom we can imagine as part of our communities as future Americans. How ambitious should it be in its reforms? Should the federal government dramatically decrease or even abolish immigration enforcement for immigrants already in the interior, as advocates who call for abolishing detention or defunding of ICE would recommend? If so, should immigrants granted repose from enforcement--for example, in a statute of limitations or a renewable twilight status--be granted durable relief and legalization? If so, should every immigrant be given a chance to become a citizen? For that matter, beyond expanding the class of immigrants under legalization programs, should every person be given a chance to come to the United States, knowing their contribution will increase demands for increased equality and economic justice while challenging the notion of sovereign borders?

Citizenship for essential service is a more modest proposal than what has been tried abroad. It maintains a system of borders and border enforcement. This is because Pursuing Citizenship is pragmatic. At the risk of being less visionary by setting aside a wholesale remaking of immigration law, I say in the book's introduction that “I am [a] realist and believe that enforcement is an enduring feature of a bounded society rather than a feature peculiar to our times,” even though I am sympathetic to the claims of those who prefer a world where citizenship matters less. Some may feel this is not enough and that the proposals do not go far enough. However, my pragmatism is entwined with a desire for institutional commitment to noncitizen justice. My goals are modest insofar as they seek to improve the implementation of policies on the books. However, they are bold in that they mean to make change happen. One reviewer of the book understood this midway ambition, commending the book for seeking to engage in a policy discussion that has been taken over by immigration restrictionists and somewhat abandoned by immigration advocates seeking a revolution, or scholars refusing to engage with unprincipled politics. She writes that I jump “into the fray to force a long overdue conversation” with hopes that migration scholars “stake a deeper claim in the changes that are needed.” She is correct. I am open to hearing we need more for those engaged in the fray of immigration reform, though I'm reluctant to accept less because the proposals are deemed too lofty to be unattainable. As such, I end this Epilogue the same way I began: looking beyond mere repair of exclusionary immigration laws toward building a more inclusionary society that embraces integration and the full spectrum of citizenship.

University of Colorado, Professor of Law and Faculty-Director Immigration and Citizenship Law Program. Author of Pursuing Citizenship in the Enforcement Era (2020).