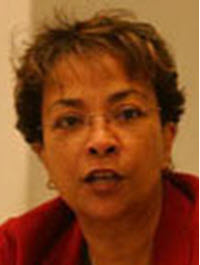 In April 2018, a downtown Philadelphia Starbucks denied an African American man access to the business' toilet because he was not a paying customer. Shortly thereafter, the Starbucks employee asked the man and his African American male companion to leave and, when the men refused, called 911. When the police arrived, the men calmly explained that they were waiting for a business associate. The associate arrived verifying their claim as several police officers carted the handcuffed men away for booking: their crime--criminal trespass. care a great deal how they pee and shit. Their strivings for decency confront the facilities available to them as well as the social strictures and hierarchies that order who goes where.” Yet discussions about public toilets today tend to focus only on access issues for transgender individuals or women. These discussions assume, however, that public toilets are widely available. This Article adopts a broader perspective by pointing out that free or low-cost public toilets operated by the government have largely disappeared from parks and downtown spaces like city subway systems. Further, since the 1995 attack on the federal office building in Oklahoma City and the 2001 attack on the World Trade Center, even government office buildings are not as accessible to the general public as in the past. You may need specific identification to gain entrance.

In the United States, those of the wrong class, race, or both, can have trouble easing themselves into places where they don't quite fit. Even the more privileged, as we all know, sometimes must deploy a certain cunning for getting past control points to access restaurants, and bars that will “let us” use the toilet. As a result, many people lack reasonable and reliable access to toilets outside their home. In fact, Philadelphia Magazine published an article in 2012 lamenting the lack of places in the city where one could go and “pee for free.” Lack of toilet access in the public sphere is not simply a problem for homeless individuals; it extends to others whose needs often are invisible to the casual observer. Consider, for example, taxi drivers interviewed by social scientist Laura Norén in Manhattan and other cities, who were too embarrassed to admit that they often urinated in bottles in their cars because they have no access to public toilets. As Norén points out,

[a] rare, strictly emergency solution is to find a place to go on the street. Joining the free-peeing dogs risks ___ an uncomfortable recognition of oneself as out of order ___. Many [street-based workers] are new immigrants working to construct themselves as regular folks and hardly in a position to readily engage in public protest on behalf of access to “rights” that are only ambiguously present in the first place. [Instead t]hey contend with post 9/11 xenophobia, racism, and the difficulty of being near the bottom of the economic hierarchy. are collateral consequences associated with relieving oneself on the public street. As Norén notes, “public urination [in New York City and other cities] is an offense subject to a maximum fine of $1,000 and a potential charge of public exposure or lewd behavior.” For people forced to urinate in bottles, some jurisdictions like Washington penalize anyone who improperly disposes a urine-filled bottle or container. The Washington law, aimed at truck drivers who throw their urine-filled bottles into fields near the highway, can result in a $1025 fine for littering. Thus, taxi drivers and others unable to find a private business that allows people other than customers and employees to use their restroom have few options. They can go home and lose time and potential customers or face the risks and indignity of relieving themselves outdoors. The latter option not only may result in a hefty fine but also an arrest for an offense that might jeopardize the immigration status of non-citizen drivers. Homeless individuals, the most visible targets of public urination laws, have even fewer options.

Taxi drivers are not the only people routinely impacted by the lack of public toilets. Many others, like street merchants, utility workers, gas and electric service workers, people doing street repair, and pedestrians on main streets after normal business hours have little or no access to toilet facilities. Criminalizing a natural and necessary bodily function like urinating and defecating while not providing public toilet facilities seems unconscionable. Yet few American courts have addressed the validity of public urination laws. consequences of a public urination conviction extend beyond criminal liability. The taxi drivers surveyed complained about the health issues that come with “holding it”--incontinence, UTIs, and diabetes are some of the health effects they attribute to lack of access to toilets. These health concerns are genuine. One medical specialist observed that “'[t]he longer you hold your urine, the bladder can become a breeding ground for bacteria to grow’ ___. This bacteria can lead to infections, which can spread to kidneys and cause greater damage to the body.” Holding it in has even more health consequences for women. British social scientist, Clara Greed, reports a correlation between closed public toilets and increased “urinary tract infections, problems with distended bladders, and a range of other urinary and gynecological problems among women.” The exclusion of certain outsider groups from public toilets “reflect[s] systemic and structural patterns of discrimination and marginalization.” Inga Winkler in arguing for a right to sanitation, including access to public toilets, observes the connection between lack of access, discrimination, and inequality. Further, the intersection of “[s]ocial, cultural, economic and political inequalities ___ have reinforcing effects that perpetuate exclusion.” in public spaces remain a battleground for social justice. Until the mid-1960s black Americans, especially in southern states, by law or custom, were forced to use racially segregated toilets or denied access to public toilets altogether. It took another decade before states outlawed pay-to-use toilets that effectively excluded the poorest members of our society from public toilets. Women's continuing lack of “potty parity” is a subject of much scholarship. Nevertheless, as feminist theologian Judith Plaskow pointed out in 2008, scholars tend to ignore the role of public toilets in “perpetuat[ing] social inequality” for many groups. Rather, they focus on access for a particular group without looking at the whole picture. She argues that access to public toilets is not only “a pressing health issue” but also “a prerequisite for full public participation and citizenship,” especially for homeless individuals. Plaskow questioned why non-legal scholars, even those “who have written extensively about the body,” are silent on this issue. Yet her focus in that article is on how inadequate access to public toilets affects women.

Most legal scholars writing in this area fail to see the whole picture created by the demise of free public toilets and the government's almost total reliance on the business community to provide toilets for the public. Like Plaskow, legal scholars focus primarily on equal toilet access for women and more recently, for transgender individuals. Recently, potty parity efforts in the United States shifted from equal access to the elimination of sex-segregated toilets because it addresses the concerns of both women and transgender Americans. Treating bathroom access issues raised by women and transgender individuals separately obscures the larger social justice issues surrounding the demise and privatization of urban free or low-cost public toilets.

I argue in this Article that these earlier efforts are shortsighted because they focus only on the denial of or restrictions on access to existing facilities and not the lack of public toilets more generally. Instead, I assert that the lack of government operated or sponsored free or low-cost public toilets in urban areas, and their replacement with toilets controlled by private business, creates opportunities to discriminate against people seeking access to those toilets based on occupation, socioeconomic status, gender-identification, race, and even medical condition.

The remainder of this Article is organized in five Parts. Part II starts with a brief history of the rise and demise of public toilets in the United States. It explains why, despite the great need for public toilets, American society resists these efforts. Historically, American societal norms treated bodily excretions with a sense of disgust and disdain. These Victorian-like attitudes about bodily excretions remain deeply embedded in Americans' psyches, and this cultural attitude contributes to society's ambivalence toward public toilets. Part II also explores the reasons for the decline of public toilets in the late twentieth century. Knowledge of this history with its gendered and class components, I argue, is important in understanding the current ambivalence about providing more toilets open to all the public.

Part III discusses the criminalization of public urination, arguing that enforcement of these laws in areas without access to public toilets is unconscionable. As Denver Law School's Homeless Advocacy Policy Project reminds us, “[p]rohibitions on public urination coupled with inadequate public restroom facilities make it impossible for people who live outside to lawfully meet their own most basic needs.” This Part also discusses possible constitutional challenges to these laws.

In Part IV, I briefly argue that forcing a person denied access to public toilets to soil themselves or endanger their health by “holding it” constitutes an indignity that can substantially interfere with an individual's ability to participate fully in public life, an essential aspect of American citizenship. There is a strong analogy between the dignitary claims of black Americans pushing for full citizenship rights and the dignitary claims implicit in any movement for more public toilets. I concede, however, that dignitary jurisprudence in the United States is just emerging and is not very robust. Thus, claims of indignity alone are not sufficiently persuasive when pressuring the government to reverse its stance on public toilets.

Inga Winkler, in arguing for a right to sanitation, warned that “complete health benefits can only be experienced when entire communities move to safe sanitation practices.” Clara Greed proposes that a “public toilet policy be included in town plans, urban policy documents, or urban regeneration policy.” Even if adopted, Greed's proposal is no guarantee that the results would be satisfactory. The problems that stopped the development of a comprehensive public toilet system in urban cities-- cleanliness, security, societal attitudes, and cost of construction and maintenance--remain as barriers. In the distant future, advances in artificial intelligence may address issues of maintaining toilet cleanliness and safety. In the meantime, Americans, and their visitors, continue to search for public toilets in large, densely-populated cities. There is no simple solution, but the lack of a quick fix for a real problem should not be an excuse for inaction. Cities and states need to commit to improving access to public toilets. Simultaneously, legal advocates need to more vigorously attack the enforcement of public urination laws in jurisdictions without adequate access to public toilets.