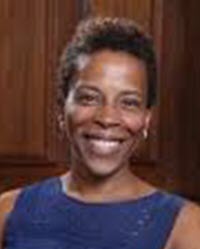 In the last few years, a grassroots social movement has emerged from the Black community. This movement aims to eliminate police and vigilante violence against Blacks nationwide. Blacks in America have long been subjected to this violence, and the issue has recently captured the country's attention. Multiple groups are pressing for change, including Ferguson Action, Black Lives Matter, Say Her Name, and the leaderless social media effort organized by DeRay McKesson and Johnetta Elzie, to name a few. These fledgling activist groups have already experienced some success, garnering public attention and government response. As it currently stands, this nascent civil-rights movement has the potential to advance racial justice in twenty-first-century America, but its path is not without obstacles.

According to social-movement theory, the ability of activists to further marshal support is vital to the continued development of this civil-rights movement. Whether engaging in street-level activism or pursuing formal change through judicial, legislative, or electoral processes, movement organizers will have to think rationally and strategically about resource mobilization and oppositional forces. At a minimum, they must amass money and manpower for their activities, establish group credibility in the eyes of their participants and the public, and remain sensitive to the costs of movement participation imposed by government officials and countermovements.

To address these concerns, social-movement theory and history reveal that Black music and musicians can and should play a key role in Black America's next-generation battle for criminal justice and civil rights. Social-movement activists should draw Black musicians, especially hip-hop artists, into the movement fold, encouraging Black musicians to initiate a massive wave of cultural activism.

This article proceeds in four parts.

Part IV reflects on today's Black musical activism, particularly hip-hop activism, and considers how music and musicians can engage in the next-generation fight against violence inflicted upon Blacks.

History and theory indicate that recently-formed Black social movements fighting police and private violence against Blacks should mobilize resources by calling on the hip-hop community to support the next generation battle for civil rights. Black musicians today, particularly well-known or elite hip-hop artists, can significantly attract media and political attention to movement issues, empower participants through songwriting and public appearances, and donate or raise funds. The hip-hop community already has expressed some willingness to join the movement. Artists have written protest songs, stood on the front lines at demonstrations, performed at benefit concerts, and spoken up on public platforms. These beginning efforts offer an opportunity for social movement organizers to cultivate greater participation from well-known, lesser-known, and even unknown artists. Undoubtedly, artists who support the movement will face backlash--whether legal, social, or economic. If they can withstand the threats, their activism can significantly advance the goals of today's Black social movements.

Associate Professor of Law, University of Georgia School of Law.