From Ferguson to Flint: in Search of an Antisubordination Principle for Local Government Law 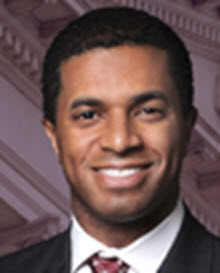 Black communities are perceived to be exploitable. For much of the twentieth century and ever since, the social, political and spatial subordination of black people has been the dominant organizing principle for American cities and metropolitan regions. Historic patterns of spatial organization and land use, service provision and delivery, place making and cultural identity all reflect an overriding commitment to the exclusion and marginalization of black people. Moreover, racial segregation has been a driving force behind the doctrinal substance of local government law. Considerations of how to allocate power between state, local and sub-local units of government reflect how the historical pursuit of white supremacy has colored normative justifications for the doctrinal limits of local power. The legal construction of local autonomy has permitted the municipal police power to be deployed in a manner that rationalizes and normalizes the fear and hatred of black people.

These dynamics can be observed across varied and disconnected settings--the inner cities of metropolitan-area central cities, the “black side” of town in mid-size cities, or the smaller, lesser-known municipalities sprinkled throughout the Sunbelt and mid-west. While these dynamics are popularly subsumed within the generic discourse of “racial integration,” “inclusive development,” “urban inequality” or “inner city decline,” they have always been understood to specifically if not exclusively relate to the consequences of the systematic subordination of black people in cities. The persistence of spatially concentrated, inter-generationally transferred black poverty and disadvantage is a defining feature of the modern metropolis that too many regard as natural and inevitable.

The inevitability of black subordination is being challenged by emerging racial justice movements like Black Lives Matter. They have pushed mainstream race discourse beyond a limited focus on interpersonal relationships and diversity and towards broader, more systemic conception of racial equity and justice. The attention to how systems, institutions and processes operate to maintain and exacerbate racial inequality has yet to fully explore the role of place, however. Exploring the anatomy of black subordination in specific spatial contexts complicates the structural racism discourse. Institutions and processes that appear to unintentionally or accidentally reproduce the effects of past discrimination appear less innocent when the granularity of local dynamics is revealed. When we zoom in on a locality, nationalized statistical patterns give way to local histories that give a specificity to existing conditions of black disadvantage.

Numerous tragedies in recent years have heightened the interest in the local dimensions of black subordination and exploitability. The U.S. Department of Justice (DOJ) uncovered a widespread system of municipal extortion targeting the black residents of Ferguson, Missouri. A similar investigation revealed a culture of normalized, extrajudicial violence within the Baltimore Police Department. The residents of majority black Flint, Michigan were poisoned during a state takeover of its local government. Major cities like Washington, DC and New York are experiencing unprecedented cycles of gentrification that are systematically displacing poor black people and erasing long-standing black neighborhoods. The militarization of local law enforcement is on the rise and police killings of unarmed black men have produced few prosecutions or convictions despite the seemingly ever-increasing frequency of video evidence.

In September 2017, the U.S. Commission on Civil Rights released a report entitled, “Targeted Fines and Fees against Low-Income People of Color: Civil Rights and Constitutional Implications.” The Report explores the ways in which numerous local governments exploit their citizens moving through local court systems to create new sources of revenue. The Report cited intentional racism as a root cause; municipalities that heavily rely on revenue from fines and fees have a higher percentage of blacks and Latinos. This sweeping and unprecedented study joins a growing body of research on how structural racism operates most potently in the relative anonymity and obscurity of our nation's numerous local communities.

Local government law scholars have long explored how racism has historically driven resource mal-distributions, democratic process defects and elite-driven politics that have a powerful spatial and social import in cities. Localities provide the richest engagement with the methodology and logic of structural racism. They are repositories of the actuality of race's operation within space and over time. Structural features of local government law simultaneously incentivize cities to be agents of black subordination and frustrate cities' abilities to effectively respond to the consequences of black subordination, should they desire to do so. State legislatures are largely unwilling to adopt and enforce regional approaches to address the resource and opportunity disparities between their typically poor, black central cities and wealthy, white suburban local governments in their major metropolitan areas. State courts frequently construe local home rule powers broadly, allowing greater autonomy to exist in insular, provincial municipal governments. Moreover, the politics behind municipal boundary disputes reflects a misguided notion of entitlement to municipal identity that has accelerated governance fragmentation within metropolitan regions.

This Article's first contribution is to establish black subordination as a unifying theory of metropolitan socio-spatial conflict and urban development problems writ large. This is pursued through the presentation of the Ferguson and Flint tragedies as relevant, contemporary case studies in systemic black subordination in local government law. While allegations of police brutality and a public health crisis were the sparks that focused the world's attention on these cities, subsequent investigations by the DOJ and substantial media attention exposed the inner workings of their state and local government systems in unprecedented scope and depth. A second contribution is to explicate the normative logic of black subordination underlying metropolitan problems and the inability or unwillingness of local political leaders and others to address the pervasiveness and persistence of black subordination in pursuing solutions to those problems. Finally, the Article seeks a broad examination of local government law's approach to antisubordination and the limits of those approaches in achieving metropolitan equity. Establishing a durable and effective antisubordination principle requires answering the question, what does regulating public institutional behavior through an antisubordination lens look like in the context of place-based structural racism and inequality?

Part I takes each setting and uncovers the history, law, and policy that shaped the conditions leading up to the events that captured popular attention and sparked examinations of the racialized legal ecosystem underneath the particular crisis.

Part II presents localism and antisubordination theory as useful doctrinal frameworks for understanding and remedying place-based structural racism and inequality. Localism refers to the sum total of the legal, sociological and political arguments in favor of devolving governing authority from the state to the smallest jurisdictional unit possible. Antisubordination refers to an analytical approach to antidiscrimination law that recognizes and accounts for the cumulative weight of past discrimination as experienced by marginalized groups relative to systems, structures and processes. The development of American local governments, in large measure, is the story of the quest for greater local autonomy while either advancing racially discriminatory policies or trying to correct for their intractable consequences. Part II synthesizes these two frameworks to illustrate the enduring utility of an antisubordination analysis in addressing place-based structural inequality and racism.

Part III surveys the various devices in local government law that either directly or indirectly perform, or have the potential to perform, antisubordination work. Whether sourced at the federal, state or local level, there exists a set of laws and policies that were either initially intended to address place-based structural racism and inequality or unintentionally in large measure focus on these issues. They include (1) land use regulations and federal housing law that mandate and preserve affordable housing and promote racial integration; (2) efforts to centralize metropolitan-area decision-making that increase the redistributive impact of taxation and expand the metropolitan social safety net in service of racial equity; (3) anti-discrimination measures that fill in gaps left by federal civil rights laws; (4) federal, state and local laws and jurisprudence establishing equality in the administration of elections and political participation; and (5) laws protecting individual rights when violated by a state or local officials. The pitfalls and unlocked potential of antisubordination tools in local government law become evident upon examination.

Part IV explores the viability of race audits as a method of enforcing an antisubordination mandate on local governments receiving federal funding. Race audits are an accountability and measurement tool to track and monitor the impact of public policy and modes of governance on historically marginalized groups. They have a greater potential to anchor a narrative account of the operation of race in a jurisdiction than is typically available through statistical reporting or even the fairly detailed reporting required under existing federal grant programs. While conceding the political unlikeness of such an approach in the near term, the section reviews the antisubordination potential of such tools and legal and policy challenges they might face.

One important caveat should be stated before moving forward. This Article is specifically focused on black subordination through local law lawmaking and governance. The present moment finds local governments across the nation the target of civil rights struggles led by, among others, Latino communities championing immigration reform and the lesbian, gay, bi-sexual, transgender and queer (the “LGBTQ”) community through an on-going fight for equality. This Article's singular focus on black subordination is in no way meant to minimize the many ways local government law works to suppress other communities, including Latino and LGBTQ communities, nor to ignore or underestimate the intersections between black identity and other disadvantaged identities, including Latino and LGBTQ identities. Rather, it is this author's perspective that the legacy subordination experiences of black communities are the predominant drivers of conceptions of antidiscrimination law broadly as well as the ways in which local governments mobilize to respond to persistent inequality within their communities.

The histories of Ferguson and Flint all present in stark detail the overriding preoccupation with black subordination in every area of municipal governance, metropolitan economics, regional development and local community building. The fallout from this history is ubiquitous and will continue absent a large-scale, coordinated intervention. Many communities are pursuing reforms and interventions that broadly qualify as approaches to metropolitan equity, but these approaches are elective, underfunded and often of a limited scope. In the meantime, the impact of black exclusion in mortgage financing on the racial wealth divide continues to persist. Municipal boundaries developed to facilitate white flight remain difficult to undo. While there has been great progress on the recognition of a broad pattern of racialized mass imprisonment, the overpolicing, over-charging, over-sentencing and over-incarceration of black communities is proving hard to dismantle. The perception of federal, state, and local government as structures designed primarily for redistributing white, middle class wealth to undeserving poor, urban black communities continues to undermine municipalities' ability to raise revenue and will continue to characterize state approaches to limiting municipal taxing ability. All of this amounts to structural violence, which has been described as when social structures distribute injury, sickness, death, inequality and humiliation to the disadvantaged. Until there is a deliberate effort to recognize this uninterrupted history and disrupt these legacy impacts on a mass scale, cities and metropolitan regions will continue to pay for this tortured history in dollars and lives.