Between Racially Restrictive Covenants and Indian Beaver Hunting: The Metatheory of Property Rights 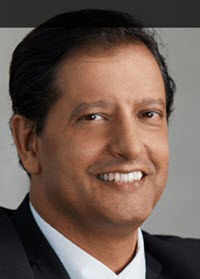 Though it never presumed to offer a complete normative theory of the evolution of property regimes, economics professor Harold Demsetz's 1967 article Toward a Theory of Property Rights quickly came to dominate the theoretical landscape of property law. Demsetz presented his research as a set of neat, authorial arguments--which eloquently connected the ideas of cost and benefit analysis, free riding, and negative externalization--regarding the conception of gradual progression of property systems towards efficiency and privatization that in turn achieved internalization of property's overall benefits and costs. Demsetz's theory, despite its overwhelming influence, was heavily criticized by scholars who questioned the theory's socioeconomic foundations as well as the actual scope of its legal implications. This article herein chooses a metatheory approach. Instead of deconstructing Demsetz's arguments and reasoning, it accepts his cost-benefit analysis and focuses instead on the blind spots in his preliminary decisionmaking process and those essential components he perhaps deliberately left out of his analysis.

By exposing hidden aspects of Demsetz's decisionmaking process, as well as the scholarship that followed his writing, this article offers a metatheory to assist in the understanding of how theories can be formed. This article also offers a complementary critical insight into the evolution of property regimes and collective actions in general. This metatheory maintains that free riding is a dilemma that advances over time, and that the collective agreement--which determines and defines the common problems which need addressing, their order of priority, and the proper remedies that ought and can be implemented--is drafted and executed in a preliminary political stage which precedes free riding. The most common strategies utilized in this preliminary political stage are blinding strategies--strategies of concealment of competing collective goods and their accompanying distribution patterns. These turn the collective members into what this article refers to as "blinded riders"--oblivious to the full range of problems and possibilities that the collective process accommodates.

The article begins in Part I by describing Demsetz's contribution to the theory and scholarship of property law.

It then in Part II presents an analysis of the main inconsistencies and common critiques of his work.

Part III of the article is concerned with the characters missing from consideration in Demsetz's work--namely blinded riders--and the role blinding strategies play in collective actions for the production of public goods. Part III concludes by examining the well-known property phenomenon of racially restrictive covenants as a counter example to the theoretically clear historical transition in property regimes and through this examination challenges Demsetz's theory of the evolution of property rights.

When individuals enter a collective process, they are confronted with conflicting thoughts, expectations, and strategies, none of which align neatly. Imagine a meeting between Montagnais tribes regarding their property system or between American neighbors in the early nineteenth century regarding the racial identity of their neighborhood. Demsetz described fur trade as the dominant component of their property system and some neighbors within the facts of Hansberry decided that race was the essential component in their neighborhood. But moving to a normative perspective of the collective process may lead us to different avenues of thought. Who should decide and define what the group's most valuable goods are, and how should their decision be reached? Returning to that imaginary meeting, some would probably mention the group's history and the dynamic sociocultural changes, and others would argue that permanent changes should not be based on temporary commercial practices or even racial tendencies.

To get a better understanding of the normative value of this collective decisionmaking process, a deeper account of the role that blinding strategies and blinded riders play in collective cooperation is needed. Instead of dwelling on the unknown and unresearched, and relying only on factual bases which no one can examine, one should confront the challenges of our times and increase the accessibility of the process that determines our collective goods or theories. Property regimes are based, among other things, on community perceptions of solidarity and on socioeconomic ties between community members. The regime chosen influences family structure, parent-children relationships, racial tendencies, and socioeconomic bonds between different generations. A regime can celebrate sociocultural diversity or reject it, recognize religious aspirations and a group's culture and heritage, or ignore them.

When people seek to shape the property regime, they may wish to do more than just influence the world they live in--they may very well seek to get a disproportionate share of the collective pie or to preserve existing inequalities in the allocation of public resources. In a complicated collective process with countless possibilities, influenced by interests and preferences which are very difficult to discern clearly, individuals can easily find themselves on the wrong path--one which favors the few at the expense of the many. The main challenge of a collective action is, therefore, to create a common and accessible language that is not limited to a preordained outcome and can question basic decisions and assumptions. A collective action such as this promotes comprehensibility in the face of incoherent and even conflicting messages.

By examining the missing pieces in Demsetz's Toward a Theory of Property Rights and confronting it with the development of racial restrictive covenants in the early nineteenth century, this article proposes an analytical framework for understanding the relations between private and collective ends, in the ongoing process of property rights formation, the construction of legal institutions, and more generally, the production of public goods and even theories. Focusing on a normative account of property formation, this article analyzes the distributive effects of the collective decisionmaking process, which leads to the establishment of property institutions. In doing so, it maintains that the collective action process is a political arena in which small interest groups can try to take advantage of the process and secure more than their share, at the expense of the general public.

These interest groups, keen on hiding their distributive agenda, employ blinding strategies to achieve this goal and promote the exclusion of the public from the collective process. This process and these blinding strategies can bring about the establishment of property law and institutions. However, in a modern liberal and egalitarian society--in which property rights are vital--such a collective action should not receive normative legitimacy. The normative account of the production of public goods, presented in this article, concentrates on the decisionmaking process, which shapes property institutions. This account maintains that in the face of strong distribution concerns, conscious collaboration--the desired collective action-- should reject the blinding strategies of interest groups and challenge existing market equilibriums. Furthermore, it emphasizes the essential components of the decisionmaking process, including public trust, transparency, awareness of its distributive effects, and the possibility of active public participation and contribution to the process.