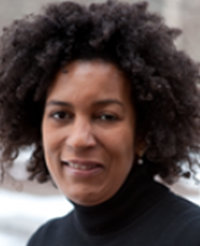 There is a Horatio Alger story about housing that is an important part of the American Dream. The boy-(or girl)-makes-good story goes something like this: “Matthew” is raised in a working-class neighborhood. After Matthew graduates from high school (or college) and gets his first job, he has little money and can only afford to rent a tiny apartment in a working-class or poor neighborhood. With time however, Matthew is able to build capital and gradually moves up the housing ladder, every decade or so purchasing in increasingly “better” neighborhoods with “better” schools, more amenities, and less crime. By the time he is middle-aged, Matthew has “arrived” and secured a comfortable place in the middle class.

By moving out of a working-class neighborhood, Matthew has done more than simply move to a larger, more comfortable house. He has also built wealth and improved his children's life chances. Middle-class (as opposed to working-class or poor) neighborhoods are more likely to contain well-resourced schools, less crime, and more valuable housing stock. It is this latter issue that is the most critical. Many Americans hold the majority of their wealth in their homes. When housing prices in the neighborhood in which a person lives rise in value, the person's net worth increases. In most housing markets, even despite the recent housing crises, it still makes good economic sense for the vast majority of Americans to improve their housing by moving to more affluent neighborhoods. Unfortunately, for many racial and ethnic minorities, the housing mobility dream--of building wealth and improving their housing outcomes--is not possible.

Though it is rarely acknowledged by many in the general population, Matthew's story (or dream, at least in contemporary America) is a “white” dream, which few Blacks have been able to realize. In housing, as in almost all aspects of life in America, race matters. Compared to white people, Black people have lower educational achievements and poorer health outcomes. Perhaps most critically, there is a substantial and persistent Black/white wealth gap. Housing disparities play a significant role in the wealth gap, not just for adults, but also for their children. Research shows predominantly white neighborhoods have more valuable housing stock and better-resourced schools than predominantly Black neighborhoods, which allows white people to more easily build wealth that can be passed down to their children.

The ability to live in white, well-resourced neighborhoods was not an option for racial and ethnic minorities prior to the Fair Housing Act of 1968. Discrimination by white property owners prevented minorities from buying or renting housing in white neighborhoods. In states where there were statutes prohibiting housing discrimination, private discrimination was still common, often in the form of racial covenants preventing home owners from selling to Blacks. By 1968, with the passage of the Fair Housing Act, these de jure barriers to neighborhood segregation by race had been eradicated.

This Article offers a window into the experiences that inform the neighborhood choices of middle-class and upper-middle-class Blacks. As I suggest below, there are many hidden fences, walling off white neighborhoods and restricting Blacks' housing choices in de facto ways. These hidden fences exist in the form of the many challenges Blacks face when moving to white neighborhoods. The obstacles to easy, contented lives range from police harassment to anti-integrationist violence that push Blacks into less affluent neighborhoods. Ultimately, this Article demonstrates how race can circumscribe housing choice and social mobility, even in the absence of legal barriers restricting where one can live.

Fifty years after the passage of the Fair Housing Act, leaving a letter calling your Black next-door neighbor a “nigger” and telling them that they are not wanted in the neighborhood still really matters. In addition to violating laws prohibiting intimidation, such behavior invokes the legacy of the past when mobs of white neighbors greeted their new Black neighbors with angry and violent protests. In spite of the comfort and amenities that middle-and upper-class white neighborhoods seem to offer, the continued violence directed at Blacks and other people of color creates a powerful disincentive to move to these neighborhoods where it is easier to build wealth. Policymakers trace the lack of access to household wealth to be a critical part of the enduring Black/white wealth gap and the systemic inequality between Blacks and whites.

Congress enacted the Fair Housing Act in order to provide all Americans the right to live in any neighborhood they choose. Congress assumed housing segregation would improve. Fifty years later, Americans live in neighborhoods that are nearly as racially segregated as they were in 1968. While such neighborhood separation affects everyone, housing segregation has the most pernicious effects for Blacks who grapple with the disadvantages of poor and working-class neighborhoods--including limited shopping options, fewer social services, worse schools, and less green space--even when they can afford to live in more prosperous neighborhoods.

The choice to live in a neighborhood that has fewer neighborhood services and more crime when one can afford neighborhoods with fewer disadvantages is rooted in the negative experiences that many Blacks and other minorities face when they move to, or pass through, white neighborhoods. Hate crimes, harassment, and discriminatory policing serve as hidden fences and provide powerful disincentives to build wealth through homeownership in more lucrative (white) neighborhoods. As this Article details, the “cost” to minorities of invoking their right to live in white neighborhoods includes harassment by the police, sometimes prompted by calls from their neighbors, who question their very presence in the neighborhood. Even when such challenges do not result in violence, they compromise individuals' basic need to feel like they belong. Minorities may also face extralegal violence--harassment and other hate crimes--from white neighbors opposed to sharing neighborhoods with Blacks or other non-whites. Harassment by the police and hate crimes that Blacks and other non-whites face when moving to white neighborhoods call into question the efficacy of legal remedies--from the Fair Housing Act to hate crime laws-- designed to ensure Americans have the right to live in any neighborhood. For middle-class Blacks able to afford housing in white neighborhoods, these twin factors--police and neighbor harassment--have the power to drastically alter their calculus in choosing a neighborhood. In this way, police and small-minded neighbors are able to negate the promise of equal access to housing made fifty years ago in the Fair Housing Act.